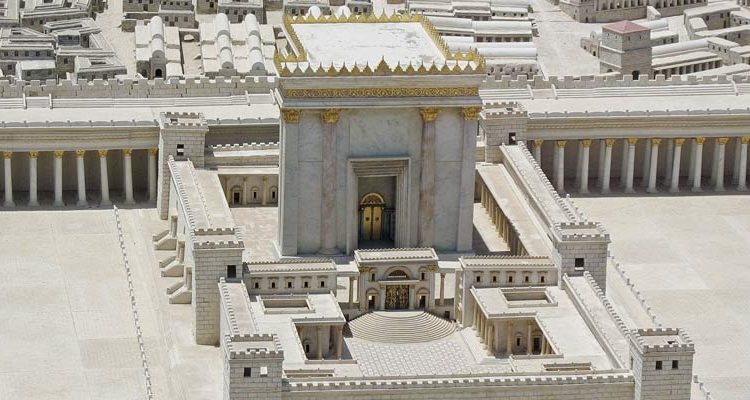 Shabbat Chazon: A Vision of the Temple

Rabbi Levi Yitzchak of Berditchev taught that on Shabbat Chazon, the Shabbat that precedes the Ninth of Av, every one of us is shown a vision of the Temple. Even if simple Jews like us cannot actually perceive this sight, our souls certainly do experience it. But, what is that vision? One might think that this is referring to a literal image of the Temple, as the Prophet Ezekiel was told, “Describe the House to the House of Israel the House… the form of the House and its plan… inform them and write it down in their sight.” Indeed, it is an important mitzvah to study the laws of the Temple and its plan, especially during this period of time (as the Lubavitcher Rebbe encouraged us to do) when we mourn its destruction.

However, if we look at the haftarah of Isaiah’s vision, from which the Shabbat before the Ninth of Av receives its name, we can see that reconstructing the Temple and reinstating its service cannot suffice. The Prophet laments, “Of what use are your many sacrifices to Me? Says God; I am sated with the burnt-offerings of rams and the fat of fattened cattle; and the blood of bulls and sheep and he-goats I do not want. When you come to appear before Me, who requested this of you, to trample My courts?” Your devotion in the Temple’s service is unwanted! God doesn’t want the sacrifices or the pilgrimage to Jerusalem on the Pilgrimage Festivals. It’s all insincere lip-service that is even offensive, “Your New Moons and your appointed seasons My soul hates, they are a burden to Me; I am weary of bearing [them].” The Temple was perceived superficially, without any sincere expression of awe of God and His service; quite the opposite, it covered-up for and concealed every type of abomination. Under these circumstances it is clear why God brought about the destruction of the Temple―because there was simply no reason to leave it as it was.

So, any rectified vision of the Temple cannot remain merely on the superficial level. Our new vision must not only reproduce the structure of the Temple and its service; taking-off on the wings of our imagination to see the priests performing their service, with the Levites at their posts, and the Israelites at their stations. We are obliged to perceive the Temple’s inner dimension. The vision that is shown us on Shabbat Chazon is a vision of the Temple’s essence, so much so that the Divine Presence appears in it, and within each and every Jewish individual, as the verse states, “And I shall dwell amongst them.”

There’s a difference between seeing and envisioning. Sight is as clear as the sun at noon, but a vision is something distant and dim. The sages say that the level of prophecy referred to as “vision” is relatively low, as in the phrase, “A vision of God he envisions” with reference to the evil Balaam. Usually, when the Torah uses the verb “sight” (רְאִיה), the Aramaic translation is “vision” (חָזוֹן). However, the translation itself represents a lower level than its source in the Hebrew text.

So, Isaiah’s vision is not a clear, pure prophetic view of the future, but a distant vision. This is alluded to in the expression that appears later in Isaiah’s prophecy, “A hard vision was described to me,” a prophetic image that arrives with difficulty from afar. Of the time of destruction itself, the verse states, “Our symbols we have not seen, there is no longer a prophet” – prophecy was completely withdrawn. Although the Prophet Isaiah lived while the Temple still stood, and he had prophecy (even saying, “I have seen God”), nonetheless, his clear sight gradually dwindled and his prophecy became like a distant vision.

But, what happened after the destruction, when we were prevented from seeing the Temple and prophecy completely ceased? Then even visions disappeared and we are now left only with the ability to hear, like the sharpened hearing of a blind individual. Yet, this reduction, from sight to vision and from vision to hearing, also has an advantage. Sight perceives the outward, superficial appearance, but hearing can intercept something far more profound; the gentlest frequencies that are being broadcast to us. Indeed, according to Kabbalah, the soul-sense of the month of Av is the sense of hearing (שְׁמִיעָה), and the tribe associated with it is Shimon [(שִׁמְעוֹן), also from the root “to hear” (ש-מ-ע)]. In addition, Kabbalah teaches us that the month of Av was created with the letter tet (ט), whose “goodness is hidden within it.” This inner goodness, which is currently imperceptible to the naked eye, can be heard. As we adjust from sight to vision and then to hearing, we are required to turn our attention inward to the inner, rectified plane of the Temple, which is like a soul is to a body. This is the rectification of Isaiah’s severe rebuke regarding Temple service that is stripped of all inner content.

A Heart of Flesh

More precisely, we can see that the principal point of Isaiah’s rebuke, like that of other prophets too, is a lack of sensitivity towards others and towards social justice, as he cries out, “Officers of Sodom… your hands are full of blood… judge the orphans.” In other words, you rejoice and chatter excitedly about the Temple, but you still have a heart of stone with regard to the weak and needy. Without charity and justice, loving-kindness and compassion, there is no value to the Temple service, therefore, “Zion will [only] be redeemed with justice, and her penitent with charity.”

We need to shock our hearts of stone, softening them and turning them into a heart of flesh with rectified attributes, as God promises, “And I will remove the heart of stone from your flesh and give you a heart of flesh.” The stone heart blocks our clear sight, but the more rectified our hearts become the better our vision will become and our prophetic sight will also return.

When we have a heart of flesh, then, “From my flesh I will envision God.” We will be able to envision and see Divinity through our rectified souls, until eventually we will merit genuine prophecy. “From my flesh” (מִבְּשָׂרִי) is the harbinger (מְבַשֵׂר) that will announce the ultimate redemption. 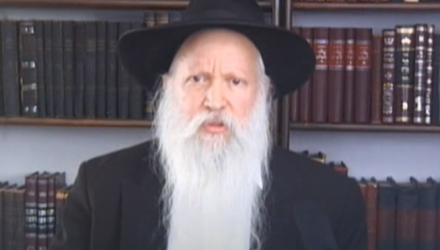