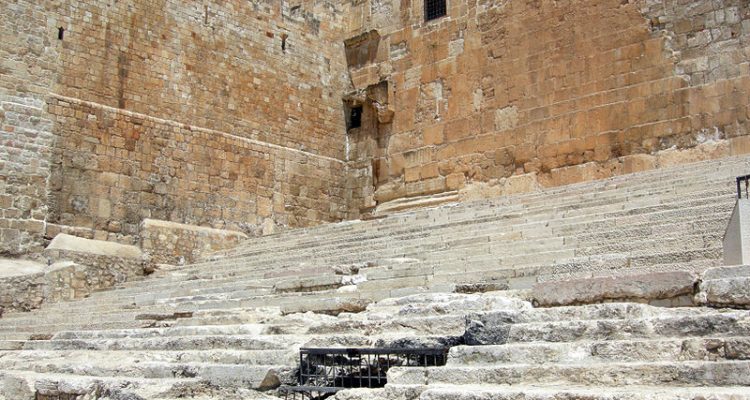 The Lowest of the Low

On Tisha B’Av we reach the low point of the Jewish calendar. We sit on the ground and read the Book of Lamentations describing the destruction of the Holy Temple in Jerusalem, beginning with the heart-wrenching words, “Alas, Lonely sits the city once great with people.”[1]

We certainly do have to deal with different and even contradictory proclivities inside ourselves—inside our psyches. These internal contradictions lead to a very pointed and troubling question: Who and what am I? Am I really a good person, pure and holy, who occasionally errs? Or am I a coarse, lowly person (perhaps even a bad person) who sometimes manages to overcome his negative character? No matter what we answer, we will still feel that there is truth to the alternate answer and we continue to live with a feeling of possessing a split personality of sorts. How can we resolve this internal conflict?

The deep answer is that, in the end, we truly do have a type of split personality. We do have abundant light and goodness, purity, and holiness within us. These make up one side of who we are. On the other hand, our basic identity is low and dark. In the words of the Kabbalists (adopted by Chasidut), these two sides of the personality are known as the Divine soul and the animal soul. We begin our lives identifying with the darkness of the animal soul and its focus on survival. This makes up our initial identity. From there, we constantly progress in the direction of an illuminated, lofty identity attained through learning Torah and performing mitzvot.

We must recognize the fact that we are lowly. Lowliness is positive when it serves as a springboard for elevation.  The person who experiences positive lowliness says to himself: “I have nothing, I am completely void of good, I am sunk in the depths. But it is specifically because I am an empty vessel that I am completely open to receiving all the infinite abundance that God bestows upon me. This is, first and foremost, a precious Divine soul that is actually a part of God! I am lowly, and yet, God has placed the good—the Divine soul—inside me. This is exactly how the sefirah of kingdom, the very last sefirah, is defined: “It has nothing of itself”[3]. But thanks to having nothing of its own, it is able to receive and integrate all the lights above it.

The definitive persona of a king is David. When pushed to explain why he danced with disregard for his status before the Ark of God, he testifies to his own lowliness, saying, “And I will be lowly in my eyes.”[4]  It is true that it is forbidden for a king to disregard his royal status. His external conduct should be imperial, and he keeps a royal distance from his subjects. His inner experience, however, is one of existential lowliness before God. Hence, King David was not embarrassed to dance before the Holy Ark. Because he is completely lowly inside, his reign remains free of egotism and self-centeredness and he is beloved by all.

Each and every individual has a King David inside. It is no mistake that King David is one of the most beloved figures in the Bible. He personifies the rectified soul that has been rectified and liberated from its complexities. The rectified king says to himself: I am lowly, and I have a huge soul, and this is exactly why I am able to rule and lead those under my sovereignty.

Return of the Kingdom

On Tisha B’Av, the kingdom of Judah fell. The Holy Temple in Jerusalem was destroyed, and the people of Israel were scattered and expelled into a long exile. The Temple is compared to a lion, the king of the animals. The House of David is also compared to a lion, and the lion is also the mazal of the month of Av—the month in which the Temple was destroyed. But the lion disappeared, as Isaiah said, “O’ Ariel, Ariel, the city where David encamped… Then will I distress Ariel, and there shall be mourning and moaning… And brought down, shall you speak out of the ground.”[5]

It is on this very day, however, on Tisha B’Av itself that we are called upon to make the rectification regarding lowliness. Our external deprecation as a people arouses the attribute of sacred inner lowliness within us. The more we delve into the depths of this lowliness, the more we strive to understand what it means and how to use it (as explained in great length in Chasidic writings) the sooner we will re-establish our kingdom. We will be worthy of a kingdom and merit to see “the Temple of the King [God], royal city, arise, go forth from the ruins.”[6]

The sages say that the destruction of the Temple happened in the month of Av so that “the Lion [God] will come in the mazal of the lion [the month of Av] and will build Ariel [literally, “the lion,” referring to the Temple]. May it be this year, Amen!