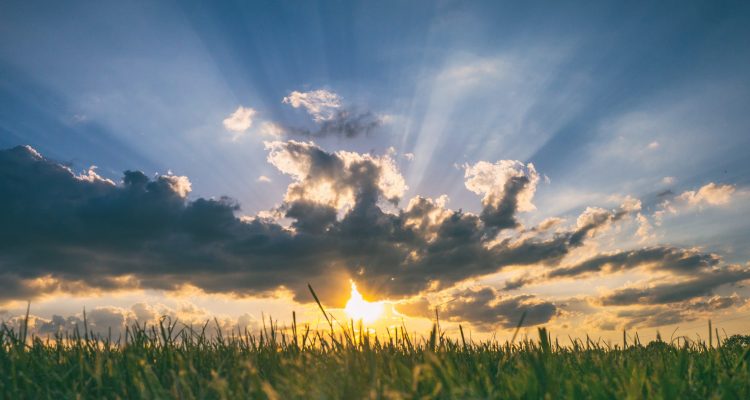 Divine Providence and the Way We React to It

God creates reality through His speech. He said, “Let there be light!”[1] and light was created. Chassidut teaches us that God re-creates reality at every moment with the same influx of Divine energy, through His “speech.” The Ba'al Shem Tov teaches us that not only is God constantly re-creating the substance of reality, but through His constant re-creation of the world, God is speaking to us. All that God does is a linguistic proverb that addresses mankind.

The verses of Creation conclude with the phrase, “Which God created to do.” “To do” also means “to rectify.” We can rectify reality by responding correctly to God’s speech. By tuning in to God’s creation, and deciphering God's message to us, we can learn to reply accordingly and rectify the world.

Inherent in the concept of constant re-creation is Divine Providence (הַשְׁגָחָה פְּרָטִית). While God recreates the substance of creation, He creates new events that address us in either manifest or mysterious ways. God communicates with us through the personal experiences He sends our way. He speaks to us through them, and He anticipates our response.

Speech manifests government. A king or leader is called the “spokesperson” of the generation. He rules by the power of his word. Speech is thus the manifestation of malchut (the sefirah of kingdom).

The proper response to God’s communication is to immediately carry out His command. When God said, “Let there be light” the universe responded without delay, “And there was light.” Light is the unsullied reflection of God’s words.

The numerical value of “And there was light” (וַיְהִי אוֹר) is 238, which is the value of Rachel (רָחֵל). In Kabbalah, Rachel represents malchut as it manifests in the lower worlds. Malchut is in a state of constantly falling. This is because God’s speech, which creates and vitalizes our material world at every moment, is concealed under so many layers that it is difficult to integrate it. Our world is so distanced and concealed from God’s infinite light that it has no recollection of its initial state of union with God’s word. It experiences itself as a separate state of consciousness.[2] This is why reality does not always respond correctly to God’s messages.

In order to correct this fallen state, it is our duty to refine our consciousness until it can once more receive God’s word clearly. “Speaking back” to the Almighty in the correct manner[3] and our appropriate reaction to His Divine input is the ultimate “to do.” In Chassidut, this rectification is called, “constructing the persona of Rachel” (בִּנְיָן פַּרְצוּף רָחֵל). The numerical value of this phrase is 806, which is also the numerical value of “to do” (לַעֲשׂוֹת).

Reb Chesed Halberstam, the Rebbetzin Chayah Mushkah’s aide and driver, related a magnificent anecdote that illustrates the application of this principle in real life.

Once when the Rebbetzin was in his car on the way to do her shopping, the road was blocked by a traffic jam. A large van had parked in the middle of the street, preventing the traffic from moving. Reb Chesed, the driver, began reversing the car to make a detour to their destination. As he started to back away, the Rebbetzin stopped him. She explained that her father, the previous Rebbe, taught her that whenever someone is confronted by an event, especially when he is on the way, it is by Divine Providence. As the verse states, “From God are the steps of man prepared and his path does He desire.”[4] When one is on a journey, one is more exposed to Divine Providence than in any other context.[5] The verse states, “Do not stray after your heart and after your eyes.”[6] If we refine our thoughts and our eyesight by turning away from undesirable sights, we are open to see God’s Providence and respond to it correctly. So, said the Rebbetzin, we can't just leave the scene without trying to understand the message that God is conveying to us.

They got out of the car and saw that furniture was being removed from a nearby apartment and into the removal van that was blocking the street. They discovered that a family of Russian immigrants was being evacuated from their home because they were unable to pay the rent. The Rebbetzin located the mother of the family and asked how much they owed the landlord. The sum was $4,000. Immediately, the Rebbetzin wrote out a check for $4,000 and gave it to the woman and the removal men took the furniture back into the apartment.

This is a shining example of rectifying reality, by “doing.” By responding to the situation by writing the check and giving it to the family, the Rebbetzin recognized God’s word through the mask of reality (the painful evacuation of a family from their home) and pulled back the veil to reveal God’s word through an act of unadulterated loving-kindness.

As we see from the above story, reception of God’s word results from firm belief that everything is from God. When we are receptive to God’s Divine Providence in this way, every scene is revealed as a Divine conversation between God and His creation. We can rectify it through our proper response.

Photo by Aaron Burden on Unsplash

[1] In Kabbalistic terminology, the influx of Divine energy is called, “Direct light” (אוֹר יָשָׁר), and our reaction to it is “returning light” (אוֹר חוֹזֵר).

[3] We see how this is achieved in the midrash that describes Rachel’s words to God, which He accepts and says, “Prevent your eyes from tears” etc. See, Eichah Rabah, introduction 24.

[5] Elsewhere, it is explained that while, in general, we are in contact with the three lower levels of the soul (the nefesh, ruach and neshamah), while traveling one is exposed to the chayah, the second highest level of the soul.