“Cock-a-doodle-doo! Our Father in Heaven, Have Mercy!” 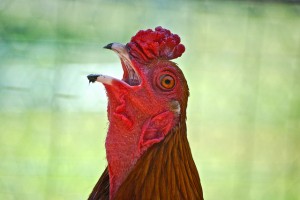 The selichot we say during the month of Elul, together with the Rosh Hashanah prayers, channel through to the intense moments of the shofar blast – that simple, coarse sound that expresses the innermost point of the soul

At the ne’ilah prayer, his disciples became aware of the gravity of the situation, and they too made special efforts to pray from the depths of their hearts. When the other congregants saw that the Ba'al Shem Tov and his disciples were crying bitterly, their hearts broke. When they saw that the time for the evening prayer had already arrived and the Ba'al Shem Tov and his disciples were still praying fervently, they all realized that the situation was very grave. The men and women wept profusely and there was a great uproar.

In the synagogue was a rural shepherd who had come to pray on the Days of Awe, and since he was illiterate, he just listened and silently watched the face of the prayer leader.

Since he was from the countryside, he knew how to mimic animal and bird sounds, especially the crow of a rooster. When he heard the weeping and shouting, his heart was broken and he cried out, “Cock-a-doodle-doo! Our Father in Heaven, have mercy!”

When they heard a rooster crow in the synagogue, everyone was appalled, and when they heard him shout, “Our Father in Heaven, have mercy!” they saw that it was the young rustic man.

The worshippers who stood by him tried to silence him and wanted to send him out of the synagogue, but the young man retorted,

The elderly synagogue attendant, Reb Yosef Yozfa calmed the worshippers and told the shepherd to stay where he was.

The Ba'al Shem Tov, whose face suddenly lit up with joy, began the repetition of the amidah prayer with a special tune, and recited the concluding verses of unifying God’s Name with great arousal and sang joyful songs.

During the meal after the Yom Kippur fast, the Ba'al Shem Tov explained that there had been harsh judgment on one Jewish community and when he had attempted to arouse Divine compassion on them in his prayers, he saw that there was harsh judgment upon him too, because he had made efforts to settle Jewish families in the villages and at junction points and they were liable to learn from their neighbors’ ways, God forbid. The Ba'al Shem Tov concluded, “I saw that their actions were under examination and that the situation of the congregation and my own situation were in dire straits. Then, suddenly, the sound of the shepherd’s call was heard upon High: ““Cock-a-doodle-doo! Our Father in Heaven, have mercy!” and that innocent call caused great contentment to the highest degree and all the judgments upon the congregation and upon myself were annulled.

The Animal Point of the Soul Root

The Ba'al Shem Tov once told a parable before the sounding of the shofar: A great king once sent his sons out hunting and they lost their way. They shouted out in the hope that their father would hear them but there was no reply, then they said to themselves, we have forgotten our father’s language, therefore he does not heed our call, let’s yell without speaking. They sent one of them to yell, warning him, “Remember that our lives depend on you!”

The moral of this story is that God sent us to elevate holy sparks, but we got lost, and because we have forgotten His language, we can no longer cry out with words. We send you, the shofar blower, to arouse Divine mercy upon us with sound, without speech, but take heed, because we all depend on you.

The mitzvah of shofar is the link that connects all of the Days of Repentance. On the mornings of Elul it wakes us up from sleeping through the follies of time, and arouses us to prepare ourselves for the “Day of Blowing the Shofar” – Rosh Hashanah. Then it returns on Yom Kippur at the moments of elevation that conclude the ne’ilah prayer, with a simple blast.

The uncomplicated sound of the shofar is its hallmark; an animalistic sound that is unbroken by letters or refined expression. Even on Yom Kippur, during the reading of the Prophets during the afternoon prayer service, we find the animalistic motif at the conclusion of the Book of Jonah, “An individual who cannot distinguish between his right and his left, and an abundance of animals.”

“Why do the Jewish People shout, but are not answered? Because they do not know the intentions of the Name.” According to the Chassidic interpretation, the sages’ words take on a deeper meaning—it is neither a Holy Name, nor a letter combination that is required in order to be saved. The problem is far simpler than that – we don’t know how to call God by Name. We might intend one way and think another, but we don’t hit the essential point.

It is actually from the coarsest and most distant point in the synagogue that salvation arrives. When we look for the real secret of God’s Name, the identification that, “You are our Father!” We can never know where it will come from. This is why the righteous must always gather the congregation together in prayer, women and children, the literate and the illiterate.

The rooster-like crow that suddenly broke out was the end of a chain reaction: the Ba'al Shem Tov’s prayer caused his disciples to selflessly devote themselves to their prayers, the disciples’ prayers moved the simple folk to heartbreak, and finally, the rooster crow arose, as if a spring had snapped in the soul of the rustic, who had absorbed all the supplications and could bear them no longer.

Chassidut explains that “Every returning light, returns to its primordial state.” Any arousal from above is referred to as “direct light” the influence of a high light that is sent to illuminate the distanced spark that has forgotten its source. Once the light has achieved its goal, the spark is aroused and wishes to return with immense force. This is the “returning light” – the enormous distance between the lost spark and its source are etched into its soul, and runs full-force back to its source, so much so that it rises above the source of light that it was searching for.

This is how it is in our service of return to God. Once we realize how much we have forgotten our Father’s language, we understand that the Torah’s wisdom alone cannot save us. The complexity of our entire soul has been bombarded by sins and by our forgetfulness, and all that there is left to do is to make an effort to request the one simple point that has survived—the animalistic point of our soul-root – “But, I was brutish and I did not know; I was [as] a beast with You.”

This is that very same “animalistic” force that searches for God, not by any merit, but merely through un-complex compassion – because You are our Father.

Excerpted and adapted from a class by Rabbi Yitzchak Ginsburgh. 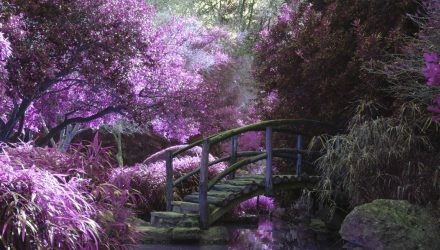 We generally associate the concept of “repentance” with a