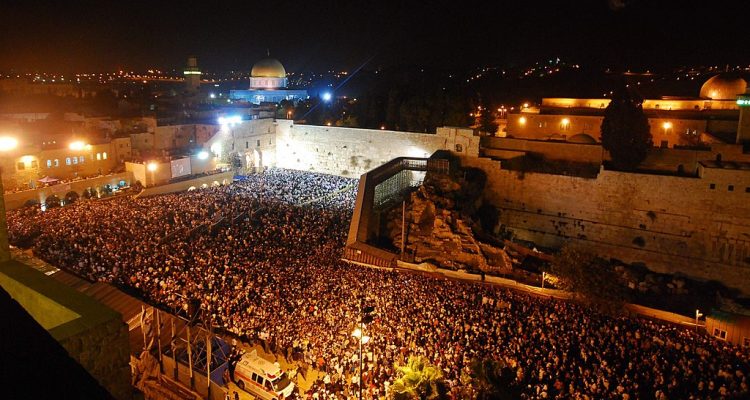 We generally associate the concept of “repentance” with a personal return to religious observance. Someone was never taught about God and Judaism and at some point in his life, discovered his Jewish roots and embarked on a life of mitzvah performance and sanctity. There are also entire families who have returned to religious observance and even entire communities. Yet, this return does not seem to have anything to do with the nation as a whole. We have become accustomed to the public domain as a place bereft of religious observance. The government, the municipality, the Knesset and the various government ministries all seem to be places where secularism reigns, with nothing more than lip service paid to Israel’s Jewish roots.

The truth, however, is that the Torah does not apply only to the private domain, to the individual, his home and kitchen. It applies to more than his synagogue or his personal encounters. The Torah applies to the public domain. It applies to government, law enforcement, society’s welfare, the economy, foreign relations, security and more. Are we prepared to bring the Torah into the public domain? Or do we insist on locking it into our homes and small communities?

It is time to refresh and broaden the concept of return to observance. It is not enough to speak of personal repentance and return, of many Jews who privately rediscover their heritage. Return to God in the public domain is our next challenge. We must admit that we established a state like all other nations. We barely mentioned God. Now is the time to ask God’s forgiveness and show Him that we genuinely desire to return to Him as a collective. We wish to reinvent the way that our country is run so that it will reflect our Jewish heritage. We wish to create a public domain that conducts itself according to the Torah.

Who will lead this revolution? Often, a person who grew up in a religious environment doesn’t have the boldness needed to think out of the box and change the approach. However, a person who has personally experienced the return to observance, a person who grew up in the secular world, considered himself just a citizen of the state or even of the world – and ultimately discovered the great light of the Torah – can lead the next stage. He can guide the nation through the transition from personal repentance to national repentance. He can connect the world with its Creator and lead the state by means of the Torah.

It is entirely possible that those people who personally returned to their Jewish roots have a major role in bringing the Nation and the world to a great, public return – which will bring the redemption.