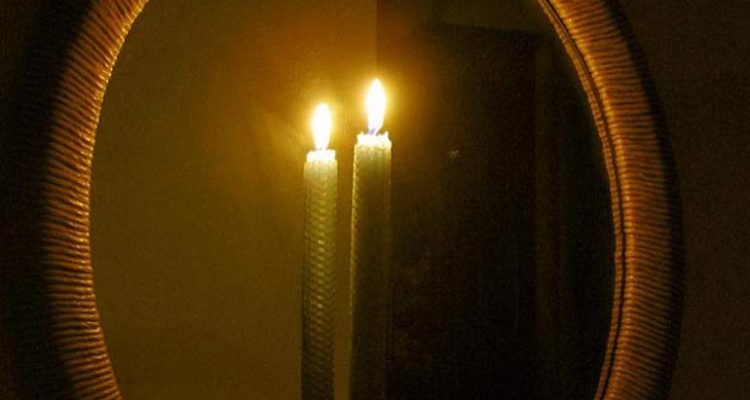 Much can be said about Rabbi Shneor Zalman, the founder of Chabad Chassidut, who is also called Admor Hazaken, the Alter Rebbe. Much can be said about his broad and deep Torah – from the succinct Tanya, through to the brilliant Shulchan Aruch and more, lengthy Chassidic treatises that weave the entire Torah together.

But let us discuss the name Shneor. This is a relatively late name. It is not a Biblical name and not from the Mishnaic or Talmudic era. The following story appears in the halachic literature: A couple was blessed with a son. The father wanted to name the baby Meir (which means ‘illuminate’) after his father. The mother wanted to name the baby Uri (which means ‘my light’) after her father. The compromise was to name him Shneor, which means ‘two lights’. A person’s name reflects his essence – particularly the names of great, influential personalities. If so, our Rabbi Shneor is connected to two lights, double light. What does this mean?

The concept ‘light’ connects to many good things. In its association with Rabbi Shneor, it follows to highlight the light of the Torah, as in the verse, “For a mitzvah is a candle and Torah is light”. If so, the two lights are two layers or faces of the Torah: The revealed and the concealed, the outer and the inner. The revealed dimension is the body, the flesh of the Torah – tangible and defined – like the clauses in the Shulchan Aruch, the serious world of Jewish law. The concealed dimension is the soul of the Torah. A beating spirit of life, difficult to perceive and define. Sometimes it may seem that it is possible to ignore the inner light, but without it, we ultimately feel dryness and thirst.

Rabbi Shneor stands simultaneously in the two dimensions of the Torah: On the one hand, he holds a place in the front row of adjudicators of Jewish law. On the other, he prevails over the mysteries and secrets of the Torah – the wisdom of Kabbalah and Chassidut (that he himself turned into an actual Torah). Moreover, he illustrates the connection between the two lights, just like body and soul – the two lights turn into one name: Shneor, two lights.

But there is an additional name: Zalman. This is a name in Yiddish – the special, colorful Jewish spoken language. The two names, Shneor Zalman, are similar to many other pairs of names in which the first is in Hebrew and the second is Yiddish. The very use of the spoken language highlights the fact that the lofty lights of the Torah are not hovering overhead, but are a “Torah of life”. They are present and influence our every step.

If we change the order of the letters of the name Zalman, we get lizman, (to the time) as in the blessing for new things, “Shehecheyanu…lizman hazeh. Rabbi Shneor Zalman taught that one must “live with the times (zman)” – not to suffice ourselves with the timeless light of the Torah, but rather to connect to the unique Torah that appears in this time (such as in the Torah portion of the week, which colors the entire week with its own unique light). On the same note, it seems that the light of Rabbi Shneor Zalman’s Torah renews itself from time to time, and in every generation, we can feel its relevance – certainly in our current time.

Rabbi Shneor Zalman was not born into a vacuum. He brought the movement that Rabbi Yisrael Ba’al Shem Tov had founded to its apex. It is known that Rabbi Shneor Zalman saw his imprisonment in the Russian jail as a sign of prosecution against the entire Torah of Chassidut and that his release on the 19th of Kislev signifies the redemption of Chassidut and its intensified breakthrough to the public (and that is why we note this day through to our times).

Rabbi Yisrael Ba’al Shem Tov is a personality filled with light, like the great flash that illuminates the dark exile and heralds the beginning of a new era. It is a light that exudes vitality and encouragement, faith and security, joy and love. It is the “light of Israel” (in the words of the Prophet). The Ba’al Shem Tov himself, so it is told, had a special affinity to light. Wherever he would go, he would request that more candles should be lit, to increase the light.

These two figures are also reminiscent of two of our Forefathers, Abraham and Jacob. “One was Abraham.” He brings the light of faith (which in and of itself repels darkness). A wondrous man who surfaces suddenly from within the darkness, illuminates and awakens the world from its slumber, emerges from the fiery furnace and marches forward with daring to the Promised Land. He teaches that the way of G-d is righteousness and justice; he is a man of lovingkindness and full of love. Is it not clear that the Ba’al Shem Tov is a renewed edition of Abraham?

Jacob is a different person. He is occupied with building a family and deals with difficulties. He is hounded and he prays. Our Sages see in Jacob the “pillar of Torah” because in him, the dynasty of the Forefathers reached its completion with the correct, harmonious synthesis of all the character traits – like a ladder that connects between heaven and earth. This is Rabbi Shneor Zalman, the pillar of Torah in his generation, who merges the revealed Torah and the concealed Torah into a tangible home that will survive the hardships. Interestingly, after Rabbi Shneor Zalman left his imprisonment, he sent an open letter to the thousands of his Chassidim, that he chose to open with the words, ‘Katonti mikol hachassadim umikol ha’emet”, “I have been made small by all the lovingkindness and all the truth…” These are the words of Jacob! Furthermore, Rabbi Shneor Zalman would refer to the Ba’al Shem Tov as the Saba, the grandfather, because he was the Rabbi of his Rabbi – the spiritual grandfather – exactly like the relation between Jacob and Abraham.

Surely you have noticed that we skipped somebody in the middle. If there is a grandfather and a grandson, there must also be a father. This is Isaac and he is Rabbi DovBer, the great Maggid of Mezeritch, the student and disciple of the Ba’al Shem Tov and the admired Rabbi of Rabbi Shneor Zalman. In many ways, Isaac seems like the opposite of Abraham. Abraham shines his light upon everyone, goes to places far and wide, bringing the light of faith and love. Everyone recognizes that he is “a prince of G-d”. Isaac, on the other hand, is introverted, “a pure burnt offering,” the man of fear of Heaven who prays in solitude in the field, focused on connection with his G-d. It seems like he does not do much, and mostly he digs wells. But he digs deep, to find the inner, concealed point in reality.

What about the light? What light do Isaac and the Maggid of Mezeritch have? Relative to the grandfather and grandson, their light is very concealed. Perhaps it is even darkness, but it is really the concealed light – a special secret. The Ba’al Shem Tov said that the numerical value of or, ‘light’, is equal to the numerical value of raz, ‘secret’. A person who knows the secret of something, is able to illuminate it.

Light and secret are like twins, but each concept emphasizes a unique feature. This is where the Ba’al Shem Tov reveals the secret of his beloved disciple: Perhaps you do not see the light of Rabbi DovBer, but he is the man of secrets. He digs the deepest wells, revealing the wondrous secrets that no eye has yet seen. This is also the secret of Isaac, who digs deeply to reveal mysteries and secrets.

This is the triple process. The grandfather illuminates a great light, a light of faith, a great flame that illuminates and warms the world. Afterwards, comes the second generation, turns inward and digs deeply to reveal secrets and mysteries hiding under the surface. In the meantime, the grandfather looks at his son with a smile, seeing the hidden light in his actions. Finally, the grandson arrives. He draws up the Torah of his father and through him, receives the great light of his grandfather, until the light transforms within him into two lights – Shneor – the enduring light of Torah that contains within it the lights and secrets of the previous generations.

There is a Chassidic tradition that after the three fathers of Chassidut, a new threesome has to come – a new version of the threesomes of Abraham, Isaac and Jacob and Rabbi Yisrael, Rabbi DovBer and Rabbi Shneor Zalman. Time, though, is short. The redemption is at our doorstep and we can forgo the process of three generations. Instead, we can simultaneously reveal the perfect formula that connects the three into one. The most recommended time for that is the 19th of Kislev, the day of the passing of the Maggid and the day of redemption of Rabbi Shneor Zalman. L’chaim! 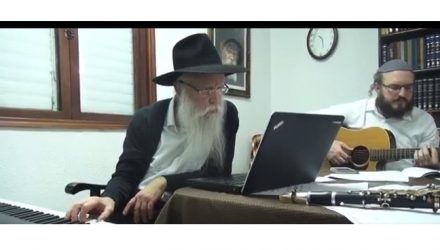 "From the Fountain of the World to Come"

Rabbi Ginsburgh composed this melody in honor of the 9th of Kislev, the birthday and day of passing of the Mittler Rebbe of Chabad.