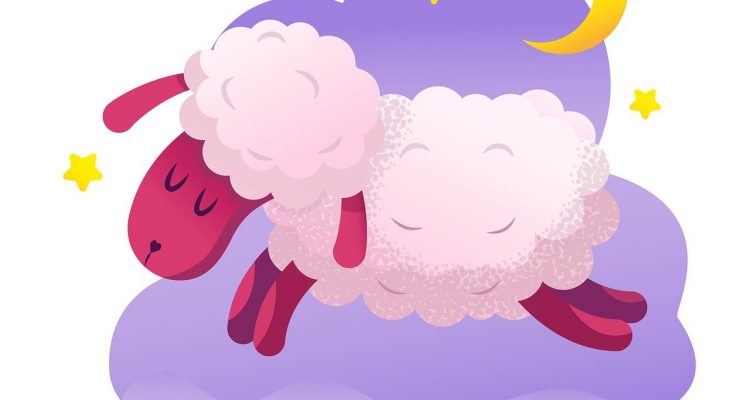 The first, most logical explanation is that when the redemption will take place (the Return to Zion symbolizes the complete redemption, in which the entire world is perfected in the light of God) we will have a hard time believing our eyes and will feel that we are dreaming. What we will see will be true, but it will be so incomprehensible that it will seem like a dream.

Chassidut offers a second, more surprising explanation: When the Return to Zion will take place, we will understand that until then we had been dreamers. We are sleeping right now! It is only when the redemption comes that we will wake up and see reality as it truly is. This does not mean that present reality is an illusion, but that we see it through a screen of confused consciousness. This is the bad dream from which we need to awaken.

The third explanation is the most interesting. It says that both the first and the second explanations are true! Our current reality is a type of bad dream, and the redemption will be a type of good dream. What we have to do is to switch dreams. Our task is not to simply wake up, but to turn over in our sleep – to transform our nightmares into a life that is enlivened and filled with great dreams of rectifying the world.

Enter the soul-sense of the month of Kislev: the sense of sleep. Although we sleep close to one-third of our lives, sleep remains a very strange phenomenon. Slumber is a divestment of consciousness, the relinquishing of control over our will in body and soul and a deep dive into a sea of unconsciousness. More precisely, sleep sinks us into a different consciousness, which we glimpse via our dreams. It is an illogical, unwilled consciousness.

There is an interesting double equation working here: On one hand, our self-consciousness is the embodiment of our human-ness. It is the image of God that is in us. On the other hand, it seems that without its regular disintegration by means of slumber, we wouldn’t be people at all. Relinquishing our grasp on the familiar and known is an inherent part of our ability to retain our cognizance and knowledge.

The first sleep mentioned in the Torah is the slumber that God brought over Adam so that He could take the rib from him and build Eve. The meeting between Adam and Eve was the first interpersonal meeting, the first meeting of ‘me’ with the ‘other.’ From this, we can conclude that sleep is a critical step in these meetings. In order to really know another person, we have to put our “I” to sleep, so to speak, and free what we think we know about ourselves and about everything else. Without this step, we cannot truly be open to someone else.

This is the sense of sleep: The ability to let go of the familiar and to open ourselves to a different perspective. The sense of sleep is not simply the ability to fall asleep, which is not a major accomplishment for most. It is mental health. It is the ability to stream a bit of sleep and relaxation specifically into the times that we are awake, to know how to dream without sleeping, and with that inspiration, to dare to think and do new things. This is the reason that the sense of sleep is requisite to reach a state of “we were as dreamers,” in which we are able to precipitate far-reaching change in our world.

The connection between the sense of sleep and the month of Kislev exists in a number of dimensions. First, Kislev is the month with the longest nights of the year. Second, of the ten dreams described in the Torah, nine of them appear in the Torah portions that we read in Kislev. (The dreams of Joseph, Pharaoh and his ministers in the Torah portions of Vayeitzei, Vayeshev and Miketz). Ultimately, the triumph of the Maccabees over the Greeks, which we celebrate on Chanukah in the month of Kislev, is a quintessential triumph of ‘dreamers’ who take on a hopeless challenge. There is no month of the year more replete with sleep and dreams than Kislev.

The tribe that is associated with Kislev, Benjamin, is also connected to the sense of sleep. Benjamin’s descendants were famous as sharpshooters with their bows and arrows. The bow is the astrological sign of the month of Kislev. Shooting the arrow – which consists of drawing the bow back and then releasing it – is a perfect example of the creative energy of release that comes after tension, the main characteristic of the sense of sleep.

The senses of the first six months of the year (Nissan through Elul) can be seen as paving the way for the senses of the second half of the year (Tishrei through Adar), respectively. The month that corresponds to Kislev in the first half of the year is Sivan, whose sense is walking. Walking and sleeping are exact opposites. The motivation behind walking is to accustom oneself to constant motion, progress and ascent. The motivation behind sleeping is to stop and let go and to infuse motion with rest.

We can easily see how the sense of walking paves the way for the sense of sleep. Releasing the consciousness (by allowing it to flow, or not thinking or simply ‘to be’, or other methods) outside a goal-directed framework can only lead to deterioration and passivity. The Jewish method is to begin with Lech-Lecha (go for you) – a life of taking responsibility, effort-laden progress, constant aspiration to improve – and to infuse it with the component of release. If accomplished in this manner, the element of release is transformed from an energy that weakens walking to an energy that empowers and energizes it. The sense of sleep makes it possible to skip to new paths, places where conscious measured walking cannot reach on its own.

The Ladder of Dreams

The distinction between sleep that precedes walking or follows it can help us understand the difference between different levels of sleep and dreaming. This can answer a common question: Which of our dreams are meaningless and which contain a spiritual message?

How can we differentiate between these three types of dreams – the dreams of foolishness, the dreams that have one sixtieth of prophecy and the dreams that are actual prophecy? Our starting point is the understanding that most of our dreams are meaningless. (After all, we are generally occupied with the meaninglessness of this world); Only occasionally will we have a dream with some meaningful content (and even then, only a small part of the dream will be meaningful, and to understand it, we need to filter out much foolishness); dreams of prophecy are beyond our realm and are reserved for very special people (may we merit to follow in their footsteps).

One thing is for sure: Our dreams are a direct product of what we think about and do when we are awake. The more that we purify our thoughts and deeds during the day, the more that our dreams will be pure and clarified at night.

Good night and sweet chassidic dreams to all!