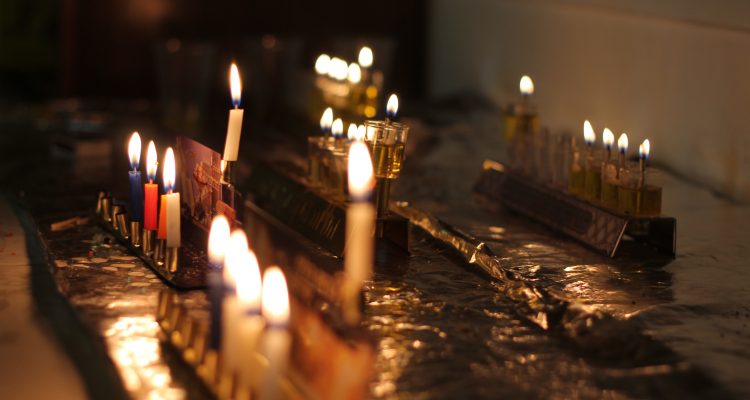 To be fully triumphant, it is not enough to defeat one’s enemy and undo his plans for hurting you. A complete victory demands the capture of your enemy’s weapons and using them for your own good. Let us look at a number of quotes from Al Hanisim and see how each reflects the idea that the weapons the Greeks used against Jewish culture were actually captured and turned into instruments of Torah and light.

You delivered the mighty into the hands of the weak. God gave the attribute of might, itself, into the hands of the weak, transforming them into weak strongmen. The Hasmoneans are called “weak” because they are righteous people who do not rely on their own might as opposed to the Greeks who idolized physical strength and dedicated their lives to developing and perfecting the art of war. The Hasmoneans adopted the attribute of might and fought with boldness. Though they remained ‘weak’ tzaddikim, they constantly revealed might and courage. The numerical value of “tzaddik” (צַדִּיק), a righteous person together with “a mighty person” (גִּבּוֹר) is the same as the value of “Hasmonean” (חשמונאי)!

The Chanukah candles express an ability to incorporate might into our Divine service. For this reason, even though they remind us of the Menorah in the Holy Temple, they are placed on the left side of the doorway while the Menorah was placed on the south side of the Sanctuary, where the south represents the right side. In Kabbalah, right represents the attribute of loving-kindness, while left represents the attribute of might. Though the Temple Menorah diffused a great deal of light of sanctity. Yet it is ‘weak.’ It does not try to overpower people or reality, rather it waits with patience to illuminate only those who desire it. Chanukah candles, conversely, illuminate with might. The beautiful light of loving-kindness of the menorah of the Temple becomes concentrated and focused (similar to a laser beam) in the Chanukah candles, reaching far distances and even transforming those who rebel against the light into goodness. The purpose of the Chanukah candles is to publicize the miracle that happened and to declare openly that God and the Torah are the source of all the good things we treasure.

And the many into the hands of the few. We also inherited the attribute of quantity from the Greeks. The Torah describes the Jewish people as “the least numerous of all nations,” one nation that represents the unification of God. The Jewish people are not impressed by large numbers and are satisfied with its small numbers. But the ultimate goal is to acquire abundant and multi-faceted wealth in quantity. Quantitative abundance has the potential to reveal new qualities, both emotional and physical.

The impure into the hands of the pure. The Greeks defiled the oil in the Temple and attempted to render Israel and its spirit impure. Impurity is certainly negative, but the Hasmonean’s victory not only rejects impurity, but successfully nullifies it.

According to Jewish law, “Questionable impurity in the private domain is rendered impure, in the public domain, it is rendered pure.” When we are in the private domain, in our homes and study halls—mirroring the menorah of the Temple, which never leaves the sanctuary—all sorts of tendencies that defile our souls, such as ignoring others or concealed pride, arise. In the private domain, “questionable impurity is indeed rendered impure.” But when we go out into the public domain—like the Chanukah candles that are kindled in the doorway (and in our generation in public lightings)—our purpose is to illuminate and bring goodness to others (after we have internalized and stabilized our own internal purity). It is there, in the public domain, that questionable impurity is rendered pure. The very act of going out purifies us from our tendency to disconnect from the public realm and care only about ourselves. The meeting with others, no matter how distant and different they may seem, allows us to see them in their state of purity.

Spreading Light from Within the Darkness

And the wicked into the hands of the righteous. In Judaism, the persona of the tzaddik is wondrous. We aspire to conduct ourselves with righteousness and to perform acts of kindness, always remembering that internally, “Your entire people are righteous.” This is in stark contrast to the wicked—the culture that is obsessed with evil, crudity, and darkness. Tzaddikim not only defeat the wicked, but they manage to speak with them and touch their hearts.

This idea is expressed by the Chanukah candles, which we light at night (from sunset), as opposed to the menorah in the Temple, which is lit during the day. Some tzaddikim emit a light that does not enter the hearts of the consummately evil. But the Chanukah candles, which are lit in the darkness, are the light of the tzaddik who knows how to speak to even the lowest of the low. He has an understanding of the darkness. He is like a ba’al teshuvah who can discover treasures within the darkness.

Torah from Left to Right

And the insolent into the hands of diligent students of Your Torah. Greek thought represents planned insolence, as it seeks to rebel against the Creator. Yet this “insolence” itself was delivered into the hands of the Jewish people. How so?

The order in which we light the Chanukah candles is from left to right—the direction in which many languages, including Greek, are written. By contrast, Hebrew is written from right to left. To understand this difference in writing convention, let us turn to the intellectual sefirot. The sefirah of wisdom is on the right and the sefirah of understanding is on the left. Wisdom represents inspiration from above—truth that descends from a higher source. It is intellect that thinks in general principles (these principles can be either synthetic or intuitive). Understanding represents the type of analytical thinking that comes from below, trying to reach the truth through the analysis of first principles. These two powers of the intellect can also be explained as corresponding to inductive (wisdom) and deductive (understanding) forms of reasoning.

Torah begins from the right, from faith that descends to us—from above. It then seeks to reach the left, a state of analytical understanding. At Mount Sinai, the entire Jewish people proclaimed, “we will do, and we will hear”—i.e., first we will act from a place of faith; subsequently, we will merit to hear, or understand, the logic and reason behind our faith. Greek philosophy however starts on the left, by casting doubt on everything. Nonetheless, our goal as Jews is to master Greek logic as well and to find a way to express the Torah from left to right. Through the Hasmonean victory, we were given the ability to convey the Torah’s truth using the human intellect and the emotions—bringing us to the future state of, “We will hear and we will do” (Deuteronomy 5:24).

Photo by menachem weinreb on Unsplash 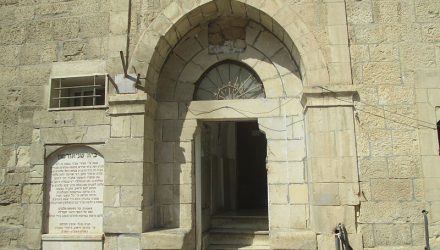 Rabbi Elazar of Bartota would say: