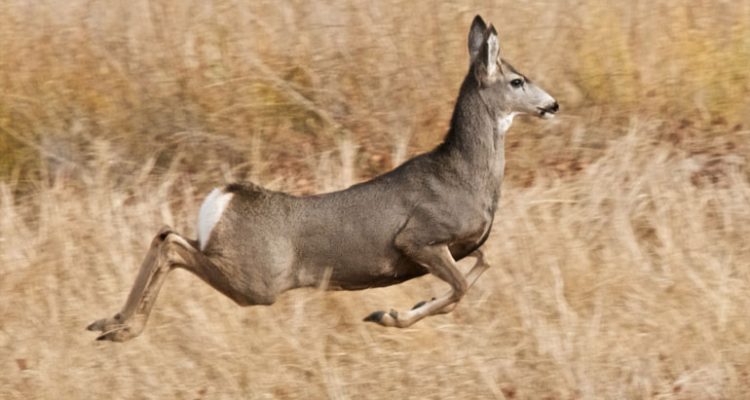 Pesach is not a time for measured steps and gradual progression,

but a daring leap directly to the goal

What does Passover mean?

In the Torah "Passover" (פֶּסַח) refers to the Passover sacrifice and to the time when it is sacrificed, on the 14th of Nisan, which we call Passover eve. "In the first month [Nisan], on the fourteenth day of the month, at twilight, it is a Passover for God." The eve of Passover is a festive day in its own right, "On the eve of Passover, from midday onwards, which is the time when the Jewish people sacrifice the Passover sacrifice, it is a yom tov (day of celebration) for them." Even now, after the destruction of the Temple, when we can no longer offer the sacrifice in practice, this day retains a remnant of festiveness.

The verse in the Torah states, "It is a Passover [sacrifice] to God… and I shall see the blood and I shall pass over them." Rashi explains, "The sacrifice is called Passover because God skipped and passed over the houses of the Jewish people amongst the houses of the Egyptians and He jumped from Egyptian to Egyptian and the Israelite in between them escaped." The name Passover denotes God's act of redeeming us. This is echoed in the Song of Songs, which is read on Passover, "The voice of my Beloved, here it comes, skipping over the mountains and jumping over the hills." God jumps and skips to redeem us.

All this relates to the Passover sacrifice, offered on the 14th of Nisan. In the Torah, the seven-day festival that we call Passover is referred to as "the festival of Matzot." "And on the fifteenth day of this month, a festival of Matzot for God, for seven days shall you eat matzot." Nonetheless, even the sages call this festival "Passover."

The Almighty is not the only one who skips to redeem us. In a corresponding movement, we leap towards Him. The Passover sacrifice was also eaten in a leap, "And they ate it in a hurry, it is a Passover for God."

From Walking to Jumping

Man, according to the Torah is "a walker." He is constantly on the move. Jews, in particular are always advancing. The first commandment to Abraham, the first Jew, is "Go for yourself." Noah, by contrast, as the meaning of his name implies, expresses resting.

Jacob walked, but he did not hurry himself. He told Esau, "And I will progress myself slowly." Jacob was methodical. Advancing step by step towards his goal, he took care not to leave even the smallest vials behind. Isaac's development, by contrast, was exponential, "As he went he continued to grow." He determinedly overcame all obstacles without turning back. Abraham expressed his love of God by running. He ran to the cattle to host his guests, and quickly chased after the kings in battle, to save his nephew.

Jumping is an innovative form of advance. While walking or running, we gradually cover the entire distance between the origin and the destination. But, for the Israelites as they were sinking deeper into the forty-nine gates of impurity in the Egyptian exile, walking was not enough; even running could not help. In order to leave Egypt, we completely detached ourselves from the origin by making a quantum leap to a new realm.

The difference between Tishrei and Nisan

There are two heads to the Jewish year, Rosh Hashanah (the New Year) in Tishrei and the head of months in Nisan.

In Tishrei, we rectify the past by concentrating on teshuvah (repentance). In Tishrei the shofar (שׁוֹפָר) calls us to improve (לְשַׁפֵּר) our deeds. Tishrei is suited to walking, while methodically taking note of all that has gone by. As Yom Kippur approaches, our love of God intensifies and our steps accelerate. On Sukkot, we reach the climax of our love of God. If we run faster than the speed of light, we travel backwards in time to transform all our transgressions into merits. This is the revelation of the innermost point of the soul in Tishrei. But, it doesn't bring us to the future redemption.

Nisan is a new beginning. Now, in Nisan we are not occupied with rectifying the past. Like a newborn baby, who has its entire life before it, in Nisan we are transported into a new world. Nisan is "the head of months" and "month" (חֹדֶשׁ) is cognate to "new" (חָדָשׁ). In Nisan, our Beloved calls us to renew our deeds. Renewal is supernatural, and Nisan (נִיסַן) is a month of miracles (נִסִים). In Nisan we set our eyes towards a new future, never looking back, "You shall never return in this direction [to return to Egypt]."

Jumping into the unknown is a daring maneuver. For a split second, we lose our grip of the situation. This is the only way we can leave Egypt. Similarly, the Splitting of the Red Sea (on the 21st of Nisan, the seventh day of Passover) occurred only in merit of Nachshon ben Aminadav, who jumped into the sea before it had begun to split.

As long as we progress by walking or running, we are still on the way. But, we never quite make it to the destination. In order to reach redemption, we need to leap into it. We must completely abandon our servitude to Pharaoh and his modern counterparts. We are servants to God alone. Our skipping and leaping reflect God's own leap towards us. He "Skips over the mountains and jumps over hilltops."

There is a difference between skipping and leaping. While skipping, we always retain one foot on the ground. This leaves us within the limits of the laws of nature. If we skip, we show that we are not prepared to put all our faith in God. But, while jumping, there is a moment when both feet are in the air. This is a state of self-sacrifice, when we are prepared to completely release our grip and free-fall into God's outstretched arms.

From Skipping to Passing Over

God passing over is more than skipping and jumping together, "God passed over the doorway." This revelation of the Shechinah (the feminine aspect of the Divine) overcomes every obstacle. "And I shall pass through the Land of Egypt on this night – in one movement and in one moment all are smitten." And then, "the King of Kings revealed Himself and redeemed them." From God's reference point, there is no distance to traverse.

Tishrei is an auspicious time for repentance that deals with the past and does not jump to innovations. In Nisan, our repentance is by making a quantum leap out of our own limitations. True renewal is a higher form of repentance through which we jump into redemption in a single leap. Such repentance is miraculous, wondrous, and surprising. "Rabbi Yehoshua says, 'In Nisan they were redeemed and in Nisan they will be redeemed in the future.'"

The Torah has promised that the Jewish people will eventually do teshuvah at the end of their exile. Then, they will immediately be redeemed. On Passover we made a quantum leap from the confines of exile directly into redemption. This empowers the individual to leave the confines of his current reality and connect directly to his rectified state. At the national level, we can jump out of the current complexities of politics, straight into rectified society as the Torah prescribes.

As Maimonides writes, "the Jewish people are redeemed only through teshuvah (repentance)." This could be the miraculous teshuvah of Nisan. When we leap into teshuvah, God will immediately reciprocate and jump towards us. This will bring redemption, instantly.