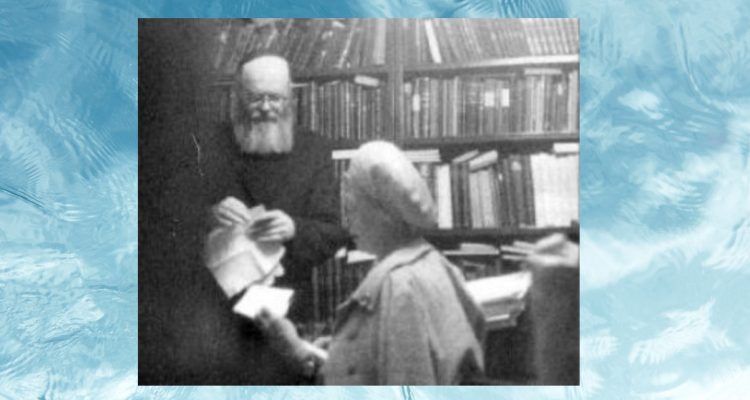 Rebbetzin Chaya Mushka stayed out of the limelight, performing acts of kindness and aiding those in need without a formal organization – often, anonymously. She passed away on 22 Shevat, 5748 (1988). The Rebbe related to her passing as the end of an era and preparation for a new era in preparation for the arrival of Mashiach. Rebbetzin Chaya Mushka was buried in the Old Montefiore Cemetery in Queens, New York.

The following are two short stories about the Rebbetzin Chaya Mushka:

The Rebbetzin can also Give Blessings

The Rebbetzin’s Blessing that Came True

A Chabad chassid was outside, working a tefillin stand. He would ask passersby if they were Jewish and if they answered in the affirmative, he would ask them if they would like to adorn tefillin. One such man passed by and the chassid asked him if he was Jewish.  The man removed his hat from his head and showed the chassid his yamulka. “Not only am I Jewish,” the man declared, “but if you would like, I will tell you a great story.” The chassid of course was all ears, as the man related the following:

Many years ago, my mother worked in a wig salon in Crown Heights, in the Lubavitch neighborhood. The wig salon was quite famous locally. Once my mother alone in the store. The telephone rang. The woman on the line asked if the owner was there, because she wanted to order a wig. My mother said that the owner was out, but that she could order through her. First she asked the woman’s name. The woman answered that her name was Mrs. Schneerson. My mother asked if she was related to the Lubavitcher Rebbe. “Yes, he is my husband,” the woman answered. “What an honor to speak with you,” said my mother.

The two women spoke about the details of the order and suddenly the Rebbetzin said, “I hear a tone of sadness in your voice. Would you like to tell me why you are sad?”

“The truth is,” my mother answered, that I haven’t been feeling well. A few days ago the doctors told me that I do not have much time left to live, God forbid. Only a few months.”

The Rebbetzin heard this and decisively answered, “You will have a complete recovery and live for many years!”

“Many years have passed since then, and my mother is over ninety years old,” the man concluded. “The Rebbetzin’s blessing was fully fulfilled.”

The Power to Bless with Love: An Inheritance from Abraham

The first story is actually the Rebbe’s testimony about his wife. We can learn from it how much the Rebbe loved and honored his wife and valued her spiritual power. Both stories share a point: The righteous Rebbetzin Chaya Mushka had the power to bless Jews, just like a great tzaddik. Just as the Rebbe has the power to give blessings, so does she.

We must all learn from Rebbetzin Chaya Mushka. We must truly love our fellow Jews and then God will give us the strength to bless Jews – and the blessings will be actualized. The most essential blessing, of course, is that God will immediately send Mashiach and the true and complete redemption.

May the memory of Rebbetzin Chaya Mushka remain with us. May we learn from her and be strengthened by her and be righteous like her.

Q: I live in France

According to the Book of