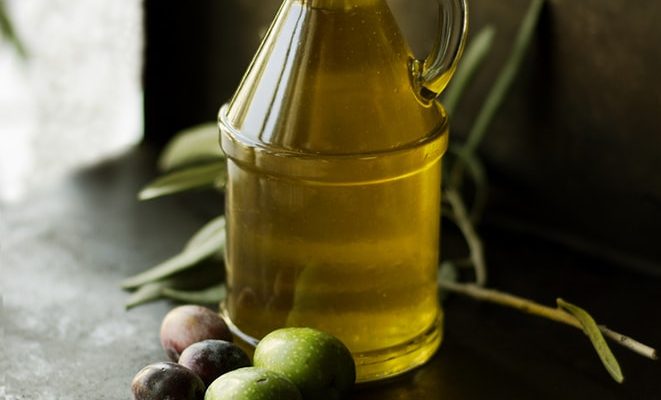 The tribe associated with the month of Shevat is Asher. Each of the tribes represents a personality from which we can learn a great deal. This article is a more in-depth look into the Asher personality, which we can identify in ourselves and others in our lives.

The Delicacies of the King

Like the other children of Jacob, the Torah recounts why Leah named her baby Asher, “She said, ‘Happy am I! For the daughters will call me happy,’ and she called his name, ‘Asher.’”[1] In Hebrew, Asher means “happiness.” Leah is simply overjoyed. From here on out, joy is the main characteristic of the tribe of Asher. In Jacob’s blessings to Asher he says, “As for Asher, his bread shall be fat, and he shall produce royal delicacies.”[2] When Moses blesses the tribe of Asher, he says, “Blessed be Asher more than all sons; let him be the favorite of his brothers, and let him dip his foot in oil.”[3] Asher is literally seeped in joy – so much so that everyone around him is infected with it. They are happy to be in his company. He is, “the favorite of his brothers.”

Asher’s happiness is expressed by the physical blessing in his portion of the land of Israel, which highlights the taste of the fruits of that portion, delectable delicacies. It is no coincidence that Asher is the tribe of the month of Shevat, whose soul-sense is eating and whose important date of the month is the 15th of Shevat, the new year of the trees. Fruit trees remind us of the happy Garden of Eden, in which the main sustenance was the fruits of the trees. Of course, we must know how to employ our sense of eating—not to eat like brutes until our stomachs are bursting. Instead, we should eat like a king, who is in control of his needs and cravings. If we do so, we can truly taste the delicious flavor of the fruits, which become “delicacies of kings.”

The abundance and happiness of Asher dovetail with beauty. This is the explanation for Asher being, “the favorite of his brothers,” as Rashi explains, “his daughters were beautiful and married High Priests, who were anointed with olive oil.”[4] The tribe of Asher is blessed with special women, including the wondrous Serach, Asher’s own daughter.

Serach already stands out in the Torah verses. She is the only granddaughter of Jacob who is explicitly mentioned in the census of the seventy members of Jacob’s family who descended to Egypt. She is mentioned once again in the census of the Israelites prior to their entry into the land of Israel. Serach was born before the descent to Egypt and was still alive well over 200 years later, when the Children of Israel entered the land of Israel! The sages add that it was Serach who revealed to Jacob, while singing to him and playing her lyre, that Joseph was still alive.[5] It was Serach who showed Moses where Joseph was buried.[6] And Serach is also identified by the sages as the ‘wise woman’ in the King David’s time![7]

Serach does not grow old and she does not die. The Midrash also counts her among the righteous souls who entered the Garden of Eden while still alive.[8] The Zohar says that Serach is the head of one of the “chambers of women” in the Garden of Eden. Presumably, the wise women who love music and art populate this chamber.

Although she grew up in Asher’s home, Serach was not his biological daughter, but rather the daughter of his wife.[9] Asher’s home is filled with joy, which comes from all the young girls, “for the daughters will call me happy.” Serach grew up in this happy atmosphere, and she becomes an eternal, happy personality who unites factions of the nation and bears good tidings. The Midrash even says that “the secret of the redemption was given to Serach.”[10] The daughters of Asher in general, and particularly Serach, represent the eternity of the Jewish people. And who knows? Perhaps Serach is still with us here today, the timeless young woman, preparing herself to bear the good tidings of the redemption…

In Kabbalah there is a unique phrase: Bait osher (בֵּית אֹשֶׁר), which means, “a happy home.” This is one of the most important anagrams of the first word of the Torah, Bereisheet (בְּרֵאשִׁית), “In the beginning.” A happy home is a home in which there is peace, joy and ease, and the Shechinah (God’s immanent Presence) dwells between the husband and wife. Communaly, “a happy home” refers to the Holy Temple, where the Shechinah dwells. The Temple is a happy home that radiates happiness to the outside. When God created the world, He wanted a home in the lower realms. In other words, “In the beginning” God created the world so that it would be a happy home. It is the tribe of Asher that absorbs this Divine happiness and radiates it to the entire world.

This is why it is so appropriate that the daughters of Asher married High Priests. The High Priest attends to the dwelling of the Shechinah in the Temple and also brings peace between husband and wife. The High Priest cannot atone for Israel if he is not married, as the verse says, ”And he shall atone for himself and for his home”—“His home is his wife.”[12] It is the very best if the wife of the High Priest is from the tribe of Asher. Then her family is “a happy home”—happiness that fills the Temple and in its merit, all sins are forgiven.

What is the inner meaning of the oil in Asher’s blessing? Oil expresses wisdom, particularly the Torha’s wisdom. Thus it is written, “He who sees olive oil in his dream, should anticipate the light of Torah.”[13] This is how the Talmud explains the wise woman from Tekoa: “Because they are accustomed to olive oil, wisdom is prevalent in them… ‘He dips his foot in oil’—This is the portion of Asher, which includes the town of Tekoa, which draws oil like a fountain.”[14]

The Lubavitcher Rebbe, who was very fond of the month of Shevat,  would highlight this. The Rebbe was born on the 11th of Nissan, the day when the prince of the tribe of Asher brought his tribe’s sacrifice at the dedication of the Tabernacle. Furthermore, the Rebbe accepted the role of Rebbe upon himself on the tenth of Shevat.

What is the significance of the “foot dipping in oil?” The oil of wisdom seems more appropriate for the head (which in Hebrew—רֹאשׁ—is an anagram of Asher—אָשֵׁר), like the anointing oil which is poured on the head of the priest and the king. The foot, however, alludes to simple action, quick, sure steps. In the service of God, the foot expresses simple devotion and acceptance—no questions asked.

The Lubavitcher Rebbe’s mivtzoim (campaigns) exemplify this devotion. One of his directives to his disciples was to offer any Jew on the street to help him put on tefillin—no questions asked. This is what needs to be done—so this is what we are doing! The simple act of the mitzvah, however,  performed with acceptance, must be dipped in oil – in the wisdom of the Torah, particularly the inner dimension of the Torah. Before setting out on the journeys of our lives, we must immerse ourselves in the illuminating secrets of the Torah and dip our action-oriented foot in them.

Photo by Roberta Sorge on Unsplash

Teaching Torah to the World: A...

Rabbi Abahu said in the