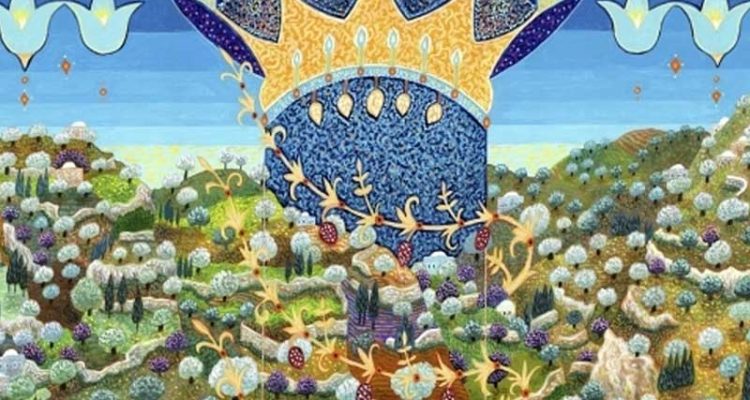 Strength and Kindness in the Torah

There are two facets to the Torah, both of which are reflected in the festival of Shavuot, the Time of the Giving of our Torah.

On the other hand, the Torah also incorporates a great deal of boldness, authority and force, “There is no boldness other than Torah, as it says, ‘God gives boldness to His people.’[4]”[5] While the Torah is an unparalleled gift from God, nonetheless, the Revelation at Mt. Sinai cannot be likened at all to an award ceremony. It was an electrifying experience, “The Giving of the Torah was with fear and awe, with trembling and quaking,”[6] as we find in the sages’ common expression that the Torah was given from the “Mouth of Might.” Similarly, those who receive the Torah and study it must also have the necessary feature of boldness, “Be as bold as a tiger… to do the will of your Father in Heaven.”[7] It takes a bold step to follow the Torah’s path without making too many calculations and without letting your eyes stray aside. The only ones who can proclaim, “We will do and we will listen,”[8] – are the Jewish People, “The boldest of the nations.”[9] Only they can commit themselves from the outset, resolutely and stubbornly buying into the Torah without seeing it first, and observing all that they were commanded from then on.

Rereading the Scroll of Ruth, we also reveal the attribute of boldness (עֹז), which is even alluded to in Boaz’s (בֹּעַז) name. Ruth, the Moabite princess, was not just a kind girl―she also had a special strength of character, and she was prepared to leave everything behind her and tell Naomi, “Wherever you go, I will go and wherever you sleep I will sleep, your nation is my nation and your God is my God. Wherever you will die, I will die…”[10] Indeed, genuine conversion is not an act that brings with it special benefits – true conversion is through a personal courageous decision to join the covenant between God and the Jewish People, and even be prepared to suffer for it (while for our part, we do not persuade anyone to convert).[11] The very decision to join the Jewish People reflects the convert’s character as someone who is suited to join the Jewish People, the boldest of the nations. Ruth is certainly one of the greatest role models of a righteous convert and an archetypal Jewish woman and mother, who is crowned by the title, “A woman of valor”―and not “a woman of kindness.”[12] Even though her actions were certainly full of kindness, and the Torah of loving-kindness upon her tongue, the fact that she is “a woman of valor” relates to her unmatched inner boldness, “She girds her loins with boldness.”[13]

The secret is the combination of might and kindness. In our context, might represents the unmatched essential inner resoluteness while kindness “enclothes” that resoluteness from outside. Therefore, as a main preparation for the Giving of the Torah on Shavuot, we must reinforce our measure of positive boldness, thus connecting to God’s Essence and receiving the Torah from the Mouth of Might.

The Secret of the Redemption

At the end of the Scroll of Ruth a drama takes place regarding who will redeem Ruth, i.e., who will take her as his wife. Boaz told Ruth, “In the morning, if Tov will redeem you, well and good, but if he does not desire to redeem you, I will redeem you; by the Living God.” Boaz has a relative who precedes him regarding the redemption process, someone whose name is “Tov” and if he doesn’t want to redeem her, then Boaz will do so. This is what happened in practice the following day, when the redeemer refused to marry Ruth and Boaz married her instead, eventually leading to the birth of David, King of Israel.

From a deeper perspective, Ruth’s redemption process alludes to the redemption of the entire Jewish People. There is a redemption that comes from the aspect of “Good” – “If Tov [lit: ‘Good’] will redeem you,” i.e., redemption with a great deal of kindness and light, good-heartedness and abundant love. These are very good things, but they are not enough to bring the redemption. Genuine redemption comes through the boldness of Boaz – i.e., from the innermost essential revelation of resoluteness, straight from God’s own Essence and not just from a wonderful revelation of pleasant light. We too, as people who want to bring the redemption closer, must also find within us the correct measure of boldness, stubbornly extracting the essential power to be as bold as tigers from the depths of our souls.

To conclude: in his tidings of redemption, Boaz told Ruth, “Then I will redeem you” (וּגְאַלְתִּיךְ אָנֹכִי) which is evidently an allusion to the opening commandment of the Ten Commandments, “I am Havayah your God” (אָנֹכִי הוי' אֿלֹהֶיךָ).[14] Identifying oneself with this version of “I” (אָנֹכִי) is far more intrinsic and essential than “I” (אֲנִי) and it reveals inner boldness; the boldness of Boaz the redeemer and the boldness of God who gives us the Torah and will redeem us soon. 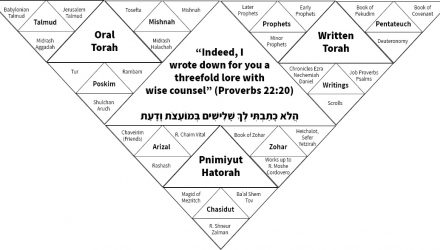 Everyone knows where the Giving of the Torah took