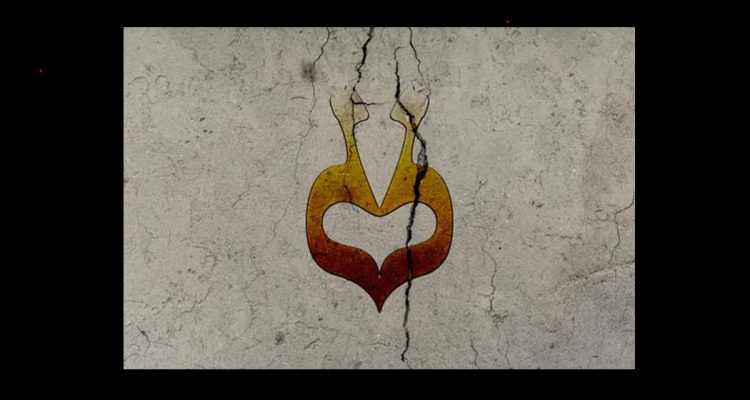 Moses descends from Mount Sinai, the Tablets of the Covenant in his hands. He sees the Golden Calf and the depraved dancing. He throws the Tablets down and they shatter. Why did he have to break them? Couldn’t he have just set them down on the side until everything would work out?

The sages explain that the breaking of the Tablets was for the sake of the Nation of Israel. The Tablets were like a ketuba, a marriage contract between the bride and groom – between God and Israel. Moses was the best man. Hence, when the bride strayed after foreign interests, the best man tore up the marriage contract, as if to say: The bride is still unmarried. Let us start all over again…

This was entirely Moses’ own decision. How could he have done such a thing? The entire Torah is in your hands, the entire world is waiting for the moment when you reach your destination – and you decide to break the Tablets? Yes. Moses was permeated with complete self-sacrifice for the Nation of Israel and he was willing to endanger everything for the ultimate goal of the unification of God and Israel. It was only later that God actually endorsed Moses for breaking the tablets.[1]

Before the Eyes of All Israel

Kabbalah teaches that the month of Tamuz is connected to the sense of sight. The Sin of the Golden Calf begins with “And the nation saw that Moses was delayed in descending from the mountain.”[3] They did not see Moses, hidden in a cloud, with their eyes, so they searched for something else. They preferred something glittery that they could point to and say, “These are your gods, Israel.”[4]

When Moses descends from the mountain, he sees that if the Tablets will remain whole, it won’t help. Instead of reading the letters engraved on the stone, they will consider the Tablets to be just another “enchanted accessory.” Hence, Moses breaks the Tablets, and by doing so, rectifies the eyes of Israel. In the verse, “that Moses did before the eyes of all Israel” the “doing” means “rectification.”

The Eyes and the Heart

When Moses breaks the Tablets, he reveals the most inner connection between God and Israel. It was as if he was saying: Everything here is for you. The Torah is to connect Israel and God. If your hearts are not in it – there is no reason for the Torah. Something has to be broken so that you will pay attention, so that you will break your hearts – just as Moses’ heart was broken by what had transpired. Then you will discover God, inside your broken heart.

The Sin of the Spies also began during the month of Tamuz, when the spies set out to investigate the Land, and once again, they followed their eyes, seeing the frightening externality. Our role in the month of Tamuz is to connect to the internal sight of Moses and not to be drawn after our eyes, which are pulled in every direction. Instead, we must believe in our deep connection to God and see only good things. “See, I have given before you today life and goodness…and you shall choose life.”[6]