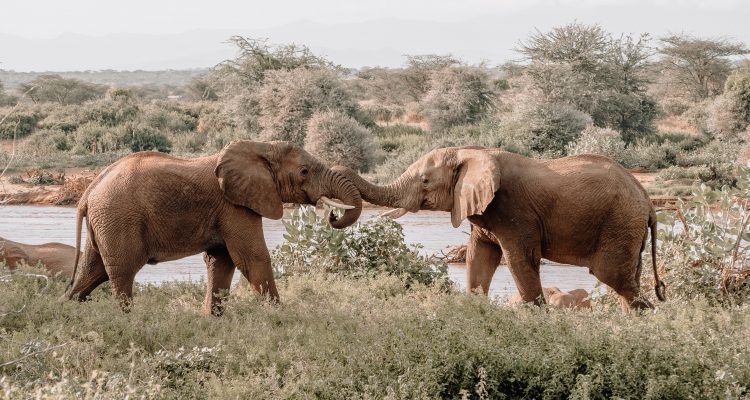 God passed before him, and proclaimed: “Havayah, Havayah, God, merciful and gracious, long-tolerant, and abundant in goodness and truth, keeping mercy unto the thousandth generation, forgiving iniquity and transgression and sin…[1]

In these verses, we find the Thirteen Attributes of Divine Mercy that God revealed to Moses after the sin of the Golden Calf. The Thirteen Attributes parallel the thirteen months of the year (in an inculcated year there is a second Adar). According to the Kabbalists, we enumerate the 13 attributes as follows: 1. God 2. merciful 3. and gracious 4. long 5. tolerant [which literally means “nosed”], etc. The parallel to the months begins with the month of Nissan, so our month of Tamuz parallels the attribute of “long.” What does this mean?

Patience for the Wicked

“Long” and “tolerant” are two distinct attributes, even though in a literal sense they seem to be a single idiom. The Kabbalists, however, insist on dividing them into two, so that “long” parallels the month of Tamuz and “tolerant” (or in its literal meaning, “nosed) parallels the month of Av. These two months generally go together, as in the Three Weeks of mourning for the Temple, which begin on the 17th of Tamuz and continue until the 9th of Av. The two main transgressions committed by the people of Israel and described in the Torah were the sin of the Golden Calf, which took place on the 17th of Tamuz, and the sin of the spies, which began when the spies set out on their mission on the 1st of Tamuz and ended on the 9th of Av when they returned with their negative report. According to the Book of Formation, every month has its particular letter. The letter for Tamuz is chet (ח) and the letter for Av is tet (ט). Together they spell the word cheit, which means “sin.”

When facing these sins, we are in dire need of God’s attributes of long-nosed tolerance. The letter of the law dictates that the sinner should immediately receive the full punishment for his transgression. The attribute of mercy, however, says, “Wait, let us give him another opportunity to repent.”

As noted, in Hebrew, the word af (אף) means both “anger” and “nose.” Anger is often expressed with heavy breathing through the nose. “Long-nosed” would then mean having the anger travel a long way down the nose, subduing it along the way until it subsides completely. In this respect, having a long nose is a virtuous trait, indeed!

We learn from this that God is patient even with wicked people. The sages explain that this is alluded to in the plural form of the word af in our verse (apayim) – meaning that God’s patience extends to everyone – even to the wicked.

God’s attribute of patience is a model for us to emulate. We should strive to be patient and to wait a bit before making an angry or hurtful comment. Ideally, the wait will help us control ourselves and prevent us from the angry or hurtful comment altogether. This is the secret of a good and happy life in general and of good relationships, in particular. Is something not working out the way you expected? Your spouse is not doing what you wanted? First of all, stop. Calm down. Breathe deeply… That’s the real reason why the human nose is so long and prominent…

The attribute of being long-nosed helps us to not “jump the gun.” Wait a bit. Do not rush, reflect on what you are about to do… (This also applies to driving). In this manner, being long-nosed divides into two attributes: Being “long” is the act of postponing our reaction for just a moment. Being “nosed” means calmly dealing with the anger that is rising up inside us.

All major sins stem from a lack of these attributes. If Adam and Eve had waited until Shabbat, they would have been allowed to eat from the Tree of Knowledge. If the people of Israel had waited a bit more until Moses descended from Mount Sinai, the sin of the Golden Calf would never have taken place. If the Jewish people had calmly reflected on what the spies were telling them, they would never have followed their lead and would have instead followed Joshua and Caleb, who insisted that the land of Israel was perfect for them.

“Long-nosed” is also connected to the face. In Kabbalistic terms, the partzuf “Long Countenance” (arich anpin), which parallels “long nosed” is one of the two parts of the sefirah of crown. “Long countenance” is a depiction of endless patience, “I have all the time in the world.” When we know how to tell ourselves to wait a minute, we rectify the sefirah of crown, which is the supreme, concealed power of the soul. Following this, all the other powers of the soul become softened and are not harsh. Softness and gentleness are the secret of rectification.

In his prophecy, Micah describes the Attributes of Mercy with different wording. He says, “Who is a God like You, who pardons iniquity, and passes by the transgression of the remnant of His inheritance?”[2] In this verse, the words parallel to “long” are the “remnant of His inheritance.” The sages provide us with a wondrous explanation for Micah’s words. They state that “a remnant” is like someone who deems himself a “leftover”—something unimportant and not to be taken into account. When we relate to ourselves in this manner, we automatically attain the attribute of long-nosed-ness. The Torah relates that “the man Moses was very humble.”[3] Rashi explains this means that he was, ”lowly and tolerant.” A person who is humble and lowly in his own eyes is very tolerant of others. Nothing will move him from his serenity because his ego is not in the center of his world. He sees himself as less important and thus, the world does not have to revolve around him.

How can we achieve this feeling of being a mere “leftover?” When we acknowledge the gaping abyss between our tiny, limited personality and God’s infiniteness, we feel lowly and unimportant. This does not mean that we should feel forsaken or forgotten. On the contrary: We should feel nullified within God’s goodness, which is the ever-lasting source of life in general and our life, specifically.

The more we feel like lowly “leftovers” and adopt the attribute of being long-nosed, the more God’s never-ending and long compassion will surround us. This is exactly the meaning of long-countenance being an attribute of mercy. And then we will surely attain the land that flows with milk and honey.

Photo by Emma Louisa on Unsplash