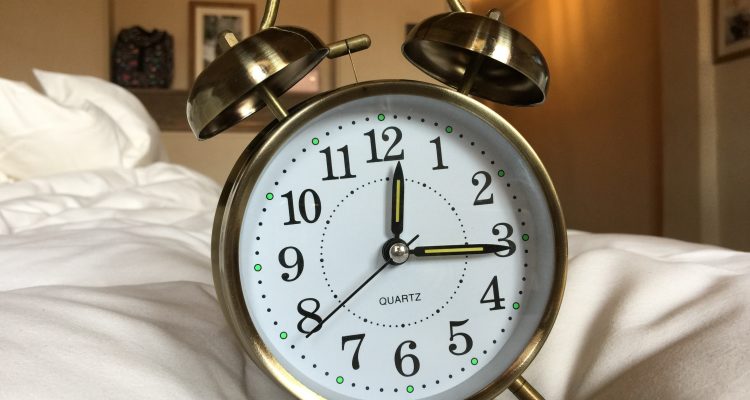 Time to Wake Up

What happens on Rosh Hashanah? We pray, hear the shofar, dip our apple in honey and wish everyone “a good and sweet year.” But what happens in the inner dimension, in the concealed depths of reality? What happens not only with us, but also, as it were, with God?

First, we need to remember what happened on the first Rosh Hashanah, which is described in our prayers, “this is the day of the beginning of Your actions, a recollection for the first day of creation.” Rosh Hashanah is the birthday of mankind, the creation of man on the sixth day of creation. This birthday is also a wedding anniversary. On the day that man was created, it did not take long to reach the conclusion that, “It is not good for man to be alone, I will make him a helpmate, opposite him.” And then, “God brought a slumber down on man and he slept.” A small surgical procedure took place and woman was brought to man.

The Kabbalists say that a similar process takes place in the upper worlds on every Rosh Hashanah. Just like Adam who fell into a deep slumber, so, on the first night of Rosh Hashanah, God is in a slumber, as it were. This description also appears in Psalms: “Awaken, why do You sleep O’ God?”[1] God’s figurative slumber, called the dormita in Kabbalah, ends when we blow the shofar. This sets off an entire process that ends with God sitting on the throne of mercy and inscribing us for a good life and peace.

A Helpmate Opposite Him

To understand this better, let us return to Adam. His slumber came after failed attempts to find a mate. He considered all of God’s creatures, but did not find anyone to his heart’s desire—“Adam did not find a helpmate opposite him.” It seems that at this point, Adam is a bit discouraged and frustrated. His slumber, however, is not simply an escape, for it was not he who initiated it—it was God who brought it upon him. It is a slumber of ‘time-out’: Forget about the reality in front of your eyes. Take flight on the wings of your imagination. Be open to change. And then, when you awaken, you will see the person who you sought. Moreover, you will understand that she was with you all the time, she was a part of you. All that had to be done was to remove her from your back-to-back state so that you could connect with her face-to-face.

Similarly, on Rosh Hashanah (or more precisely, at the end of the outgoing year), God says: A year has passed and where are we holding? Where is My world? Can I find a partner there with whom to truly communicate, face-to-face? Does somebody want me? Is there anybody here who desires My kingship? It looks like everyone is sleeping, with minimal or no desire for God.

Who is God’s helpmate opposite Him?

Thus, God enters a state of slumber, of dormita. It is as if He is saying, “I do not want to keep recycling creation just because I desired it in the past. I do not want to sustain it just because of the law of inertia or out of a sense of dry responsibility. It is actually very tiring. So, stop everything and go to sleep. Wake Me up when there is something to wake up for. At this point, all the vitality of creation from last year has dissipated and in the meantime the world holds its breath, hanging on nothingness.

This slumber may seem frightening, but it is replete with anticipation. We leave the previous year behind and dream of a new, good year.

Who can arouse God from His slumber? We can, with a simple blast of the shofar. The shofar blast is our call to God. It is still without words, without details. It is an expression of our essential desire to connect to Him. From the place where we stand, no matter how distant, we throw a long line of communication that wraps itself around the root of all roots. It reaches God, Who is focusing on Himself, as it were, in His slumber of dormita. “God says, ‘Say before Me on Rosh Hashanah verses of sovereignty (malchuyot), remembrance (zichronot) and of the sounds of the shofar (shofarot) so that you will coronate Me as your king. Remembrance so that your memory will ascend benevolently before Me. And with what? With the shofar.’”

The shofar blast signals to God: Here in this world, there is someone who truly wants You, someone who wants You to be king over him. And it is not someone foreign. It is the “essence of Your essence,” quite literally, for after all, our souls are actually a part of God Above.

God then sees that it is worth His while to awaken. He is willing to renew His sovereignty and to renew all of creation. “God, the God of Israel is king and His sovereignty is over all.” Not because it was this way last year, but because now, everything is beginning anew—a new light of a new year. Light that has never before existed is now sustaining creation. All the years since creation are gone and are nothing more than an ephemeral memory. A new year is beginning. A year of awakening from our deep slumber.

May it be a good, sweet year of arousal and connecting to God!

Photo by Khadeeja Yasser on Unsplash