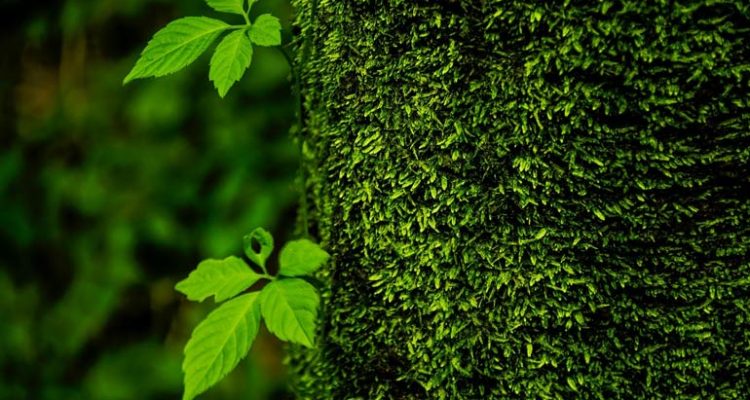 The Tree as A Symbol for Man and the Torah

Tu Bishevat marks the day that the majority of the winter rains have passed and that new sap–lifeforce–begins to ascend from the earth into the trunk and branches of the trees. New fruit begins to appear at the tips of the branches, thus beginning (in halachah) a "New Year of Trees."

In the Torah, the tree symbolizes both man ("You [the Jewish people] are called 'man'")–"for man is the tree of the field"–and the Torah–"It [the Torah] is a tree of life for all that hold onto it." Both man and the Torah possess all of the four major components of the tree: roots, trunk, branches, fruit.

The roots of man (the Jewish people) are our ancestors, the patriarchs and matriarchs of our people–"the holy ones who are in the earth." The trunk corresponds to the full body of the people of Israel that were redeemed ("born") from Egypt, received the Torah at Mt. Sinai and entered the land of Israel.

The branches represent the tribes of Israel (in Hebrew, the word for "tribe," shevet–identical with the name of the month of Shevat–literally means a "branch" of a tree), and the individual tribe-members, which spread out and away from one another, each settling his own portion of the Holy Land (and who subsequently become even more dispersed, around the world, in time of exile). The fruit of the tree are the good deeds performed by each Jewish soul.

The roots of the Torah are the inner secrets and mysteries of the Torah, the mysteries of God's immanence in His creation (the concealed "mother"-principle in Kabbalah, corresponding to the matriarchs) and the mysteries of His absolute transcendence (the concealed "father"-principle in Kabbalah, corresponding to the patriarchs). The trunk of the tree is the body of the written and oral Torah as revealed to Israel at Sinai. The branches correspond to all of the diverse "disciplines" and methods of interpretation of the Torah, each individual soul possessing his own unique portion (approach and perspective) in the Torah. The fruit are the new insights, whose "flow" never ceases, that those who devote themselves to the study of the Torah merit to receive and reveal to the world.

God gave the Torah to Israel to be our "eyes." Just as God "looked into the [blueprint of the] Torah and created the world," so did He give us the Torah in order that we look into it and thereby gain the power and direction to create and rectify the world around us.

The Eyes of the Righteous

The word for "tree" in Hebrew, etz, is composed of two letters: ayin and tzadik. Ayin means "eye"; tzadik means the "righteous one." Each and every Jew is in essence a tzadik, as it is said: "And your people are all tzadikim, they shall forever inherit the land, they are the sprout which I have planted, the workings of My hands in which to take pride." The potential tzadik inherent, though initially latent, in every Jew becomes activated when the "eye" of the Torah enters his consciousness and becomes part of him. Just as the Torah is the "tree of [eternal] life," so does the tzadik, when connected and one with the "eye" of the Torah, become a "tree of [eternal] life." This is the secret of the word "tree," etz–ayin ("eye") tzadik ("righteous one").

The first day of Shevat (Rosh Chodesh Shevat) represents the potential tzadik (the Rosh Chodesh of every month is the power of the month in potentia) clinging to his source in the Divine "eye" of the Torah. The 15th day of Shevat (Tu Bishevat), the "full moon" of Shevat, represents the full actualization of the tzadik having totally integrated into his own individual consciousness the "eye" of the Torah. This accords with the general principle that the opinion of the House of Shamai always "follows the potential," whereas the opinion of the House of Hillel always "follows the actual." Thus, according to the House of Shamai the "New Year of Trees" is the 1st day of Shevat, whereas according to the House of Hillel it is the 15th day of Shevat.

From Chanukah to Purim

The Unifying Power of the Primordial Tree of Life

The letter mem means "water." It is the water of the fountain of life, the river which flows out of Eden to water the Garden (emerging in its central point, under the Tree of Life).

The number 820 equals "the wellspring whose might ever increases" (ma'ayan ha'mitgaber), the secret of Chanukah (as discussed in our previous Torah message for Chanukah). 820 also equals "and you shall love your fellow as yourself" (v'ahavta l'reiacha kamocha). On Purim, one reaches the epitome of loving all Jews equally by ascending to the level of "until he is unable to discern [between an apparent good soul and an apparent bad soul]." Of wine (the wine of Purim in particular) it is said: "when wine enters the secret comes out." In Chassidut we are taught that the "secret" (of every Jew) which "comes out" (by drinking wine) is the secret of loving all Jews equally with infinite love.

Thus, the etz–tree of life–of Shevat (Rosh Chodesh Shevat and Tu Bishvat) serves as the intermediate to connect the wellspring of insight of Chanukah to the outburst of love of Purim. The letter ayin itself means "wellspring." The intense love of all Jews equally is when they are all envisioned in accordance with their true potential to be tzadikim.

This is in accordance with the general principle in Kabbalah and Chassidut, that every intermediate between two extremes possesses two aspects, one of which connects to one extreme and the other of which to the other. Rosh Chodesh Shevat connects to Chanukah while Tu Bishvat connects to Purim.

And so we see that in truth, both days–Rosh Chodesh Shevat and Tu Bishvat–comprise one existential reality which unifies Chanukah and Purim, the wellspring of Torah wisdom and the ultimate expression of the love of Israel.

May we all merit, with the coming of Mashiach, to be an eternal tree of life, planted by the hands of God in His garden, the land of Israel, Amen. 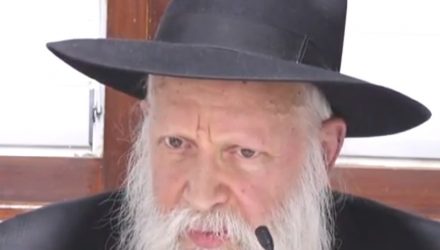 In this Tu Beshevat lesson, Rabbi Ginsburgh describes the deep aspects of the Tree of Life and expounds upon the ten times that God descends to the

Shevat: Make the World the ...

Download a printable PDF version of this article Shevat: