This year the Jewish calendar has 13 months instead of the usual 12 and therefore it is known as a “pregnant year.” It is as if the year is pregnant and carrying an additional month in its belly. Thus, the additional month, called Adar I, which is actually the 12th month (not the 13th as one might think), is called the “month of pregnancy” (chodesh ha’ibur). The 13th month is then called Adar II.

This week marked the dates of the 14th and 15th of Adar I, or Purim (and Shushan Purim) katan, literally, Purim minor. Being minor, Purim katan is not celebrated with the physical commandments performed on Purim proper, but it is nonetheless an occasion of joy and preparation for the transformation possible during every day of the two months of Adar. This transformation can affect both our inner being and our external environs and circumstances.

The occasion of Purim katan brings us to contemplate the reason that the Jewish people required such a great miracle as the one that occurred on Purim, in the first place. The story of Esther and Mordechai occurs during the Persian exile, which was actually a continuation of the Babylonian exile. According to the sages, the reason that we were punished so terribly with the Babylonian exile was because men were engaged in improper relationships with foreign, non-Jewish, women. This desecration of the holy physical being of the Jewish people was then further augmented when the Jews of Shushan ate from the non-kosher food served at King Achashverosh’s feasts described at the beginning of the Book of Esther.

Our first gematria (numerical equivalence) for this week is:

This literally says that the value of “foreign women” (1086) is equal to that of the names of our four matriarchs: “Sarah, Rivkah, Rachel, Leah.” This reveals a major point about gematria equivalence. At times, the equivalence denotes that the two sides of the equality are like arch-enemies or arch-rivals. The positive and holy side of the equality is responsible and has the power to rectify the negative side. In this case, the strict identification with and retention of Jewish identity, which progresses down the ages from our four holy matriarchs through all of their daughters, the women of the Jewish people, has the power to rectify the profanity present in the body and incurred from improper physical actions.

Purim is deeply related to Chanukah in many ways. During Chanukah we celebrate the victory of the Jewish minority over the major Hellenic influences that controlled Jewish society in the Land of Israel at the time. The miracles of Chanukah occurred during the time of the Second Temple . The Hellenic influence over the Jewish people at the time was predominantly due to the introduction of “external wisdoms,” i.e., philosophy, aesthetics, etc., which fought with the Torah’s wisdom in an attempt to take over the people. Ultimately, the Maccabee’s were victorious because they shunned this foreign influence by strengthening the study of the Torah. Here is our second gematria for this week:

This gematria literally says that the value of “external wisdoms” (1044) and the names of the five daughters of Tzlofchad, “Machlah, Noah, Choglah, Milkah, and Tirtzah” (see Numbers 26:33) are equal. As related in the Torah, the five daughters of Tzlofchad, having no brothers, were adamant and insistent in their request to be given the right to inherit their father's portion of land in the Land of Israel . The sages teach us that these five women were especially wise. They possessed and manifested the true, naturlly engrained wisdom present in every Jewish soul. In the Tanya we are taught that the super-rational power of the Jewish soul to overcome the temptations inherent in external wisdoms lies within the inner essence of the Divine point of wisdom in every Jewish soul, the wisdom that knows, innately, that Israel, the Torah, and God are essentially one, and that the land of Israel was given as an eternal inheritance to the Jewish people. The Jewish "woman of valor" is especially conscious of this fact, and by fighing for her rights to the Holyland she overcomes the influences of foreign, external wisdoms that attempt to blur the distinction between the sacred and the profane. What we learn from this gematria is that in order to inherit the Land of Israel it is required that we identify with the five daughters of Tzlofchad and thereby free ourselves of the confusing influence of wisdom whose source is other than the Torah. And that the willingness to truly demand the Land of Israel frees us from the confusing influence of external, non-Jewish, wisdoms. 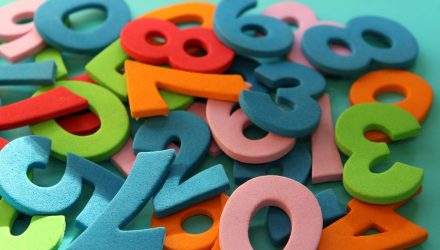