Why a sukah cannot be higher than 20 cubits

For 7 days from the 15th of Tishrei to the 21st, we are commanded to dwell in a temporary dwelling, the sukah. One of the limitations on this dwelling is that its roof not be higher than 20 cubits (about 10 meters). Rabbi Ginsburgh analyzes the Talmudic passage that discusses this limit, an analysis that yields a novel understanding of the sukah’s essence. (The audio recording is in Hebrew)

The Inner Meaning of the Four Species

The four levels of joy in Sukot

Why do we read Ecclesiastes on Sukot?

In many congregations it is customary to read the Book of Ecclesiastes during Sukot. In this article, Rabbi Ginsburgh explores the connection between the two from the perspective of Kabbalah and Chassidut.

One of the high points of the prayer service for Sukot is Hoshanot, which literally is the plural form of the liturgical chorus “Hoshana,” meaning, “Grant salvation.” With slight variations between different customs, every day (excluding Shabbat) of Sukot, immediately after reciting the Halel, we encircle the synagogue’s bimah, the central table on which the Torah is read, while holding our four species and reciting a different set of prayers each day. Our Hoshanot echo the rite of the aravah (the willow branches) that was performed on each day of Sukot in the Holy Temple. One of the most cryptic parts of Hoshanot is the chorus “Ani Vahu Hoshee’ah Na.” What is the meaning of the Hoshanot and what does this key phrase mean?

The power to create worlds is given to a Jew on Simchat Torah. Hiding behind the final words of the Pentateuch is a description of how Moshe Rabbeinu engraved truth, the signature of the Almighty, on the eyes of the entire Jewish people. By doing so he drew down the power to create worlds and gave it to every Jew, an idea expressed by God Himself who says: “I [God] said, you are God-like creators.” 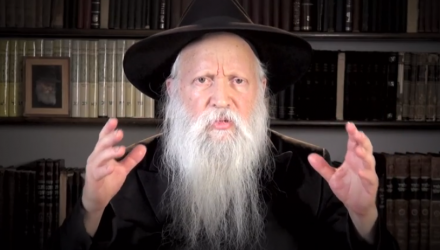 Video: The Chamber of Music

Sukkot: The Four Species an...

One Sukkah, One Nation: Cro...

One of the messages of Sukkot is that the

Q: What parts of the

Picking Apples in the Field

The ten days from Rosh