How long do we have to wait for Mashiach?

In a previous article, we discussed the swiftness with which Pinchas acted and in contrast we saw that Joshua did not complete the task of conquering the land of Israel because of his excessive patience. From the fact that Pinchas was appointed to lead the war against Midian, the sages learn that, “He who begins a mitzvah is told to finish it.”[1] Pinchas began the mitzvah of overpowering the Midianites with his swift killing of Kozbee and it was therefore his responsibility to complete the assignment. In contrast, the sages teach us that despite his military prowess, Joshua remained behind in the camp to pray with Moses. Since Joshua was to be the next “Rebbe” of the Jewish people, his task was to pray for their success in battle.

One way of understanding the different approaches of Pinchas and Joshua is by considering the fact that Pinchas was appointed to complete the mitzvah, while Joshua remained behind in the camp to pray. A mitzvah, by its very nature, is meant to be completed; mitzvot do not require an indefinite amount of time to complete. However Torah study, is something that has no end. From here we can learn that Pinchas’ alacrity was suited to the task of fulfilling one’s duty with regard to mitzvot, while Joshua’s patience was suited to serve the perpetual tasks of Torah study.

In fact, Torah study has both qualities of being a mitzvah that can be completed and of being an open-ended task that cannot be completed in a lifetime. The Alter Rebbe in his codex states that one can indeed fulfill the mitzvah of Torah study (which is why the Lubavitcher Rebbe encouraged people to learn Maimonides’ Mishneh Torah), but only the aspect of the mitzvah in Torah study. In essence, Torah study remains a task that, “Is not for you to complete”[2] because it is infinitely vast. Indeed, the Ba’al Shem Tov interprets the verse, “God’s Torah is whole; it revives the soul,” using the allegory that if one studies Torah with the mindset that he can never complete it, like a dog lapping at the ocean—for all its efforts, the ocean will remain just as whole as it was, then the Torah revives the soul.  So we see that it must be possible to comply with the requirements of studying Torah as a mitzvah, as with any mitzvah which is complete when we have done our duty. Nonetheless, the inherent essence of the Torah is that one can never fathom its entire depth.

We might ask, is the coming of the Mashiach like Torah—which is open-ended, or is it like a mitzvah—closed-ended? Some people may consider Mashiach to be like the Torah, meaning that essentially Mashiach is something we can never hope to bring. If an individual shares this feeling, he can spend his time dealing philosophically with Mashiach ad infinitum, but will never bring him in this way. Indeed, one of the revelations of Mashiach will be his infinite flow of Torah innovations. Nonetheless, appointing a king is the first mitzvah that we are commanded to perform on entering the land of Israel. It is our challenge to perceive Mashiach as a mitzvah that must be completed. 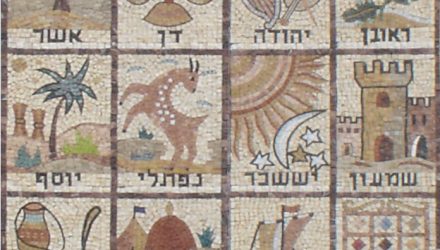 The Daughters of Tzlofchad and the Future “This is

Matot –Masei: Sunday: Do not Fear “When a man