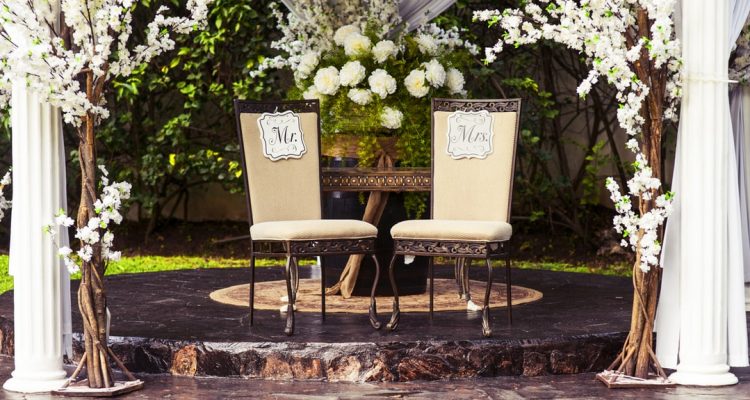 In the Land of Israel they used to ask the groom under the wedding canopy, “Matza or motzei?” This was referring to two different verses about marriage. The first, “Matza ishah matza tov”[1] means, “He who finds a wife finds good.” The other verse, “Umotzei ani mar mimavet et ha’ishah”[2] means, “And I find the woman more bitter than death.”

What is this question getting at? Is it to mock the groom, God forbid, saying to him, ‘Either your wife is good or she is more bitter than death?’ Not at all. We say to the groom, ‘It all depends on you!’ It depends on the way that you build your home, on the way you relate to your wife. It depends on you whether you will find good in life – and “good” refers to one’s spouse – or if you find, God forbid, “more bitter than death.”

If a person is looking for himself, desiring to find his own personal enjoyment (hana’ah in Hebrew, the same numerical value as ‘ani,’ ‘I’) and gratification, he is ultimately liable to find the woman he married “more bitter than death.” When a person marries a woman (nosseh in Hebrew, meaning ‘to raise’) – he wants to uplift his wife, and then the two of them are uplifted together. Referring to this type of groom, the verse says, “He who finds a woman finds good and will obtain favor from the good God.”

Indwelling of the Divine Presence and Holy Fire

The great Mishnaic sage, Rabbi Akiva, taught us an important rule for marriage: “A man and woman, if they merit – the Divine Presence dwells between them. If they do not merit – fire devours them.”

Rabbi Akiva bases his teaching on the Hebrew words for man and woman, ish and ishah, respectively. Both words contain the two letter word for ‘fire’ – eish, the letters alef and shin. The word for ‘man’, ish, has a yud in addition to the alef and shin and the word for ‘woman,’ ishah, has a hei in addition to the alef and shin. If the man and woman merit, they manifest the yud of the ish and the hei of the ishah in their marriage. These two letters unite to create a holy Name of God, Yud-hei: The Divine Presence. The Name Yud-hei dwells between them and they live a life of harmony: “A man and woman, if they merit – the Divine Presence dwells between them.”

If, God forbid, the man and woman do not merit and do not manifest the yud and hei in their marriage, if they do not reveal God’s Presence between them, what is left? Eish and eish, fire and fire and then “fire devours them.” The fire devours the home instead of building it.

Fire can be anger. The worst trait in a home is anger. Fire can also be lust – passion for things outside the marriage – an urge for self-gratification, the flame of lust.

Holy Fire in the Torah Scroll

Fire can also be holy. The Torah was given to us in the form of “Black fire on white fire.” The connection to black fire, which is the written letters of the Torah, saves us from the fire of anger.

Connecting to the white fire of the Torah, which is the background, symbolizes God’s infinite light, and saves us from negative lusts, uplifting all of our lusts so that they will be craving for God, craving to unite with God inside the home that the man and woman build together. This lust is referred to in Proverbs (11:23) as, “the lust of the righteous is only good.” (The word “righteous” appear in the plural form, ‘tzaddikim’ referring to a minimum of two individuals who are righteous together; in this case, the husband and wife).

This is the meaning of “A man and woman, if they merit – the Divine Presence dwells between them. If they do not merit – fire devours them.” Every couple must turn the foreign fire into a holy fire.

Photo by Mickel Alexander on Unsplash

Empowering our Present with th...

Why did our souls come