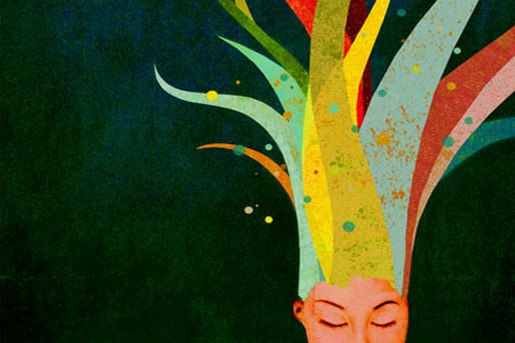 Which would you prefer, a “rebellious” child, or a “good” child? Most parents and educators would choose the good, well-behaved and polite child who does everything he is told and behaves as expected of him. Who needs the trials and tribulations of the rebellious child?!

But, a seasoned educator may well prefer a rebellious child. He knows that this kind of child is a great challenge, but he also knows that beneath the rebellious shell hides a special soul. A sharp-witted Chassidic saying states, “If he does no harm, he will do no good!” Meaning that if the child does no harm as a youngster, when they grow up they may just be like everyone else…

The Days of the Rebellious

So why are we talking about rebellious children now? Because we are now in the period that is referred to as “the days of the rebellious,” or in Hebrew, “shovavim.” In Rabbinic literature, a custom is mentioned to fast and repent during the weeks of the first six Torah portions in the book of Exodus.[1]The initial letters of the names of these six portions in Hebrew spell out the word “rebellious” (שׁוֹבָבִים;shovavim). Later, Kabbalists, headed by the Holy Arizal, authorized the custom of fasting and repenting while revealing the allusions and profound meditations that abound during this time period.[2]However, as the generations pass, the practice of fasting has gradually diminished, as the great Chassidic masters since the Ba’al Shem Tov have instructed. Nowadays, the recommendation is to donate charity abundantly instead of fasting, since money is a person’s “energy,” and giving it away is considered to be like a physical fast. In addition, many communities have the custom of saying extra prayers during this time period, especially Psalms (which are always a good thing to say).

In modern Hebrew, the word shovav (שׁוֹבָב) has taken on the connotation of “mischievous,” which sounds quite playful. However, in its Biblical context, the word means “rebellious,” which does not have a positive connotation at all. Indeed, as we must work to appreciate the genuine meaning of any Hebrew word, when we look at the various forms of this word in the Torah, we discover that it certainly is a negative adjective. Examples of this negativity can be seen in the verses, “He went rebelliously following his heart,”[3] “Return, rebellious sons,”[4] etc… The scriptural rebel does not just play childish pranks; he is mutinous, licentious and defiant.[5]

The days of shovavim are dedicated to rectifying sin, and to repenting for our rebellious behavior. In particular, this refers to the sin of “the flaw of the covenant” (i.e., illicit sexual behavior), beginning with the promiscuous thoughts that contaminate the mind through a sense of sight that wanders around unchecked, culminating in complete physical arousal (God forbid). The gravity of this sin lies in the fact that our ability to achieve our God-given potentials are “lost” during the process. However, it is clear that this flaw can be rectified, as we read in the Torah portions of these weeks how the entire Jewish nation was indeed lost under the Egyptian bondage. Yet, as the Jewish People left with “great possessions,” and redeemed all the holy sparks that were in captivity, so too we can reclaim the sparks of achievement lost by this sin.

Although, in its particular sense, this sin relates more to men than to women, in its more general sense, this flaw exists in women too. “Covenant” refers to a genuine connection between souls, and when a woman does not make a single, faithful alliance with one man, but explores other options in thought, speech or action, she damages her part of the covenant.

Enough with Playing Around

What rectification can there be for this type of evil mischief?

At first glance it appears that the rectification is quite simple: just pull back to the other direction. If until now you have been a mischievous rebel, from now on, you must get back into line, accept the yoke of discipline and begin to “behave nicely.” Although children have something mischievous about them, they must finally grow up and realize that licentiousness is not the goal. There are laws and there is a Judge, there is justice and truth; and the time has come for a person to take control of himself and begin doing what should be done and not what he feels like doing.

This can be appreciated well in the context of “doing teshuvah” (i.e., returning back to God and His Torah). Many Jewish people can testify how they lived for years in this “rebellious” way, doing what they liked and never listening to anyone who told them to do otherwise. Such people may have believed that they need not observe the Jewish traditions that they could not comprehend. But then, the day arrived and our no-longer-juvenile delinquent suddenly realized that the very same ancient Torah that his grandfather studied in yeshivah, and those very same mitzvot that his grandmother devoted her life to, are not an outdated museum piece that has become obsolete. Ours is a living Torah that never ages; a true Torah whose finest accents conceal the most profound wisdom. At that point, he took himself in hand and realized that until now he had lived a hollow life, a life of rebellion that offered an imaginary sense of freedom and pleasure but was irresponsible and immature.

But, although changing to a religious lifestyle is a long way along the road of teshuvah, the ultimate rectification is yet to come. We have already mentioned that a mischievous child contains a special treasure of potential. Their energy and astuteness are precious assets that cry out for a guiding hand. Does doing teshuvah mean completely suppressing all mischievousness and rebelliousness? Does it mean that we all become insipid, obedient automatons, without any spark of daring and defiance? Unfortunately, ba’alei teshuvah do suffer from this type of negative image, but the time has come to release ourselves from it. The time has come for all rebels to make good mischief and they are all invited to transform their rebelliousness into holy mutiny.

When we look more carefully at the abovementioned verses that refer to rebels, we see that they do have a positive side. For instance, the verse, “Return, rebellious sons,” concludes with the phrase, “I will heal your rebelliousness,” meaning that there is a cure for rebelliousness. In fact, the word “rebellious” (שׁוֹבָב) is from the same root as “return” (שׁוֹב), which is the root of teshuvah (תְּשׁוּבָה). This root almost always appears in a very positive context, as in the verse, “Return rebellious sons” (שׁוּבוּ בָּנִים שׁוֹבָבִים) in which the two words appear in conjunction with each other. Teshuvahtransforms the rebel into a good mutineer.

This means that someone who has a rebellious personality does not need to suppress the vital energy that burns inside him. The rebel is astute and quick. He has courage and audacity. But now he must behave with “holy boldness,” as the mishnah states, “Be as bold as a leopard… to perform the will of your Father in Heaven.”[6] We need to make use of all our faculties and talents and with wisdom and insight harness them to serve God. Indeed, the most essential principle of Judaism is “accepting the yoke of Heaven.” In contrast, licentiousness is referred to as “throwing off the yoke,” and in Chassidic thought is considered the archetypal sin of impurity.

Once an individual has submitted and accepted Heaven’s yoke upon him, he reveals that this type of yoke is fun! Within the framework of Torah and mitzvot there is a very broad scope for active personal initiative. And yes, there is even room for the added “spice” of mischievousness and rebellion. So, for example, Rabbi Menachem Mendel Schneerson instructed a ba’al teshuvah (returner to Judaism) whose name was Nimrod (נִמְרוֹד; meaning “Let us rebel”), that there was no need for him to change his name. Despite the fact that the Biblical Nimrod was the image of a negative rebel who rebelled against the Almighty, the modern Nimrod must now utilize this quality of rebelliousness positively and rebel against the counterfeit conventions of the world at large.

A successful rebel has freedom of thought and is quick, assertive and pragmatic. All these qualities are something that we require―like the air we breathe―regarding all that relates to the rectification of the public face of the Jewish People. Only such a positive rebellious nature can help us shake off the fetters of an alienated establishment, and the foreign husks that encase us. Only a positive rebel can initiate the establishment of the Kingdom of Israel that we desire. We are in dire need of such holy rebels, who can “overturn the world” and transform us all into genuine ba’alei teshuvah (returnees). However, it must be stressed that our good rebel must act out of a sense of mutual responsibility for the entire Jewish People.[7]

In conclusion, let’s remember that we are in the year 5774, which, as explained elsewhere, is an allusion to the holy boldness and audacity that is required to breathe new life into the world.[8] For this we pray that all rebels will become ba’alei teshuvah and will utilize their rebelliousness to benefit the entire Jewish People and the whole world.

[5] See the root shin-vav-bet (שו”ב) in Radak’s Sefer Hashorashim, there he enumerates three principles, the third of which is rebellion.

[7] In Hebrew, “shoulder” (שֶׁכֶם), the seat of responsibility, has the same numerical value as “rebels” (שׁוֹבָבִים). “Shoulder” (שֶׁכֶם) is also the name of the city of Shechem (שְׁכֶם) where all the Jewish People became responsible for one another. It is also the city where Joseph is buried. Joseph in particular was one who was bold enough to reject worldly pleasures for holiness and he also took care of his brethren and led an entire country through difficult times.