Mother Rachel Cries for Her Children 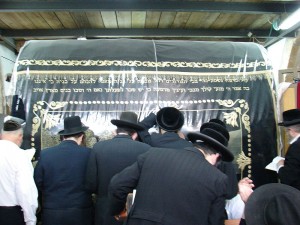 So says God, ‘Halt your voice from crying, and your eyes from tears, because there is a reward for your acts; says God, they will return from their enemies’ country.

There is hope for your destiny, says God, and children will return to their borders.”[1]

Although Rachel is the mother of only two of the twelve tribes of Israel—Joseph[1] and Benjamin, in the above verses, Rachel is considered the mother of the entire Jewish people. Whenever we need something, we travel to her Tomb in Beit Lechem (Bethlehem) to beseech God there. There are many stories of prayers that have been answered there, all in Mother Rachel’s merit.[2]

While Rachel cries for all her children, there is one specific child who she prays for the most. He is the son who is considered absent, or the most distanced from the fold of the Jewish people.

This son is the same one mentioned in our article, Curing Dissociative or Split Personality Disorder, Rachel’s grandson Ephraim. While he is destined to be called the “precious son,” he is also the son who at first is “absent.” But, as we explained there, the fact that Jeremiah heard Ephraim complaining was also a sign of his eventual repentance. Ephraim was complaining because he was beginning to have second thoughts. Even though he begins absolutely addicted to idolatry,[3] in the end he regrets his behavior and discards his idols.

Praying for the Majority

Today, Ephraim represents the “secular” (חִלּוֹנִי) majority of Jews.[4] So, everything that we mentioned regarding Ephraim being loved despite his addiction to idolatry, and yet in the end he himself says that he has no part in it, relates to the so-called “secular” Jew.

We see that most of the prophets prophesized about Ephraim. Meaning that for all his iniquities, this is the son who God loves the most; and also the one who deserves the most attention. God wants these “Ephraim” Jews, even more than anyone else in the Jewish people. Even though the situation seemed hopeless at first, they are destined to all be called the “most precious” children in the end of days.

Nowadays, we tend to classify Jews into two main categories: “frum” or devout Jews and secular Jews. Although we might expect Mashiach to fall into the first category, Mashiach is in a class of his own; he is a “faithful” Jew. This third point of view ascribes neither to the religious nor to the secular classifications. Instead, the faithful believes that there is something Divine in every Jew. As the Ba’al Shem Tov explains, every Jew has a part of God above in him; and for this reason, he is beloved by God.

When should we have this in mind? When we say the essential statement of Jewish belief, “Hear O’ Israel, Havayah is our God, Havayah is One” (שְׁמַע יִשְׂרָאֵל הוי’ אֱלֹקינוּ הוי’ אֶחָד).

The Mother of Faith

Through her powerful faith in the eventual return of her children to God and their homeland, Mother Rachel brings these three types of children closer together. From the most “secular,” to the most devout believer within each of us, ultimately we will all unite as one nation in the Holy Land.

[2] [Ed. Note: One the most famous accounts in recent years is of Mother Rachel saving the lives of Jewish soldiers. Those interested may read the story here.]

[4] As stated in the class, Judah represents the frum minority. Even though the Lubavitcher Rebbe didn’t like the word “secular” (חִלּוֹנִי), we use it to make sure that everyone understands what we are talking about.