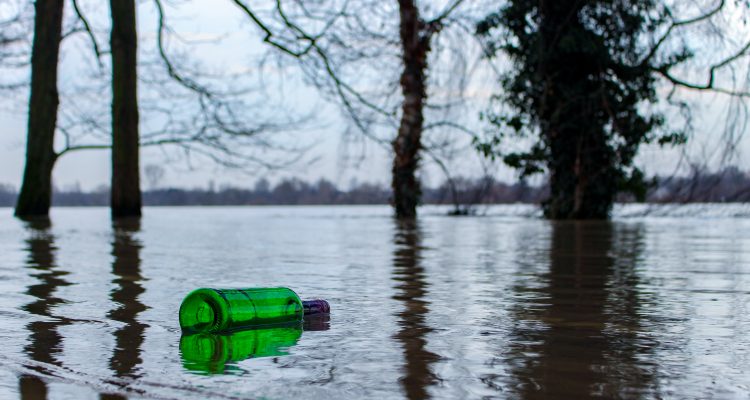 On Folly and Straying

In Parashat Naso, the parashah of sotah (the unfaithful wife) begins with the words, “Any man whose wife strays.” The verb “stray” (תִּשְׂטֶה) is the key word in this passage and via it we can understand the nature of this sin and the way to rectify it.

Rashi interprets the words,  “Any man whose wife strays”:

Our sages taught, adulterers do not commit adultery unless a spirit of folly (רוּחַ שְׁטוּת) enters them, as it says “when she strays” (כִּי תִּשְׂטֶה) [note that “folly” (שְׁטוּת) and “strays” (תִּשְׂטֶה) have the same root (שטה)] and about him it says, ‘An adulterer of women lacks a heart.’ But the literal meaning of the phrase is “when she strays.”

From the grammatical perspective, the meaning of the root שטה is “straying from the path,” i.e., the left-handed sin (שׂ) is exchanged with the letter samech (ס) as we find many times in various words. But, before this literal interpretation, Rashi brings the sages’ interpretation that the word for “unfaithful wife” (שׂוֹטָה), spelled with a left-handed sin (שׂ) is from the same root as the Aramaic word “folly” (שׁטוּת), spelled with a right-handed shin (שׁ).

The folly of sin

What “spirit of folly” is it that results in adultery? We can say that an adulterer’s folly is ignoring the results of his actions. Adulterers live in an imaginary world, believing that they can lead a double life and enjoy all the worlds, but in truth they are destroying their own life and the life of others with their own hands. [Although the folly here appears in the context of an unfaithful wife, Rashi quotes the verse that refers to a man, “An adulterer of women lacks a heart (i.e. lacking in intellect)].” Similarly, we are taught that the wayward wife brings a minchah (plant offering) of barley, although almost all other plant offerings are of wheat, because, “She committed an animalistic act, therefore her offering is animal fodder.” An animal acts on instinct, and similarly, a sinner allows his drives to control him and to guide his actions.

In truth, “a spirit of folly” is not merely the sin of adultery. The Talmud states “No-one transgresses a sin unless a spirit of folly enters him” (and this statement is derived from the verse we are discussing). Every sin in the world is the result of a spirit of folly! But why? Is it really true that every Jew who desecrates the Shabbat, for example, does so because of a spirit of folly? He could claim that he is entirely aware of what he is doing, but nonetheless he decides to smoke on Shabbat, God forbid. Where is the folly here?

In order to understand this, one must understand the nature of true Jewish wisdom (as explained in this context in the Tanya). Jewish wisdom is such that it recognizes the Jew’s essential bond to the Almighty, so much so that any sin, by being contradictory to God’s desire, disconnects this bond. If an individual would be totally aware of the significance of his sin, he would never sin – not only because of the expected punishment (fear of punishment), but because of the essential capacity of sin to detach the soul from its true source of vitality, from the Living God. When a Jew senses that a particular sin completely contradicts his Jewish essence, his essence will be aroused and he will refuse to do the act, even if he has to pay the price of self-sacrifice! But, what actually happens when an individual sins is that he deludes himself that this “small” sin that has come his way at the moment does not contradict his Jewish essence. A Jew who regrettably desecrates Shabbat in public, may still claim “I am a Jew and there are things that I refuse to do, but desecrating Shabbat does not make me into a non-Jew. It’s not so bad.” This is the folly! Because although you will certainly always remain Jewish, that is the exact reason why every sin, even a sin which is considered far more lenient than desecrating Shabbat, is “spitting in the face” of your Father in Heaven (like a child who upsets his parents makes a big mistake, even though he is currently unable to understand the significance of his actions). In short, every sin is a result of “temporary insanity;” this is insanity that a person brings upon himself through his own erroneous free will.

Let’s return to Rashi’s literal interpretation, “‘When she strays’ – straying from the way of modesty.” This interpretation places a different emphasis on the nature of the sin. This is not a spirit of folly that ignores wisdom, but straying from the correct accepted habit. Regarding the sotah’s minchah offering (from barley) the Torah states, “He shall not put frankincense upon it” – for the Matriarchs are called “frankincense” as it says, “To the Hill of Frankincense,” “and she [the sotah] departed from their ways.” (Rashi). The four Matriarchs of the Jewish people are a model and a symbol for “modest ways” and they thus exude the pleasant aroma of frankincense, an aroma of purity and modesty – but thesotah has strayed from this path. It is important to note here that the sotah is not called this because of a confirmed act of adultery, but only because of an unproven suspicion that she has behaved inappropriately and entered a prohibited situation (by being alone with another man in private, as detailed in halachah).

Here too, a shallow intellect might fail to appreciate the “ways of modesty” required by Jewish tradition, such as modest clothing and separating the sexes (when required). A woman might protest against these limitations, seeing them as an unnecessary burden, but true feminine insight (“greater understanding was given to the woman”) realizes that the ways of modesty that we inherited from our holy Matriarchs offer the most respect for Jewish girls. This insight appreciates the preference of something modest over something exposed, and knows that a woman has a “hidden secret” so delicate and private that if it is not guarded as it should be then it is damaged and disrespected.

The battle against promiscuity

In modern Hebrew, the root of the word “stray” (סטה) also refers to a sexual perversion. Here too we must cope with the mistaken perception of “shallow intellect”: in a modern word, people think of themselves as intelligent people who are not confined by ancient primitive perceptions and in the name of “intellectual enlightenment” they are pro-promiscuity to the extreme, in the name of the “sacred equality principle.”

However, true Jewish wisdom justifies the ancient perception which distinguishes between normative family life and unrestricted promiscuous confusion. Again, in order to attain this true wisdom, we must understand that the root of this wisdom is inherent in a far more profound realization that lies above normal human knowledge. This is the wisdom that was revealed in its entirety in the Torah and its mitzvot, and it can say what the correct way of life is and what is considered straying from the path. Someone who is connected to the Torah’s wisdom is not confused; he knows that modern promiscuity is a digression from the straight path and that even brilliant minds can uphold a principle that is none other than folly.

This is what the wisest of men said, “There is an advantage of wisdom over stupidity, like the advantage of light from darkness.” The Zohar clarifies that the meaning here is not to regular stupidity (what wisdom is there in claiming that wisdom is preferable to stupidity?) rather that shallow wisdom, even though it has a lot of intellect, can be foolish if it does not draw from the profound inner wisdom.

What do we have to offer instead of the folly of straying? After denouncing the spirit of folly at the pillory and defaming it as the father of all sin, we might think that Judaism completely negates any type of foolishness. In contrast to a spirit of folly, there is only a spirit of seriousness, or proper deliberation according to the Torah’s wisdom.

Indeed, we should certainly act with wisdom and insight at all times. However, surprisingly enough, we find that there is a respectable place for foolishness in the Torah. If the source of the negative expression for a spirit of folly comes from the parashah of sotah, then rejoicing at a wedding is when we act a little foolishly. The Talmud relates that one of the Amoraim, Rav Shmuel bar Yitzchak, would dance before the bride juggling three myrtle branches. Another sage of his generation, Rabbi Zeira, criticized him at the moment of the act, saying “the old man is embarrassing us” – he is degrading the respect of Torah scholars by allowing himself to act light-headedly (Rashi). But after Rav Shmuel bar Yitzchak passed away, a pillar of fire appeared above him, which marked the fact that he was “unique in his generation,” then Rabbi Zeira said, “The old man’s folly benefited him.”

In Chassidut, Rav Shmuel bar Yitzchak’s behavior at a wedding is referred to as “holy folly” and it is explained that the tendency to “fool around” stems at its root from a very deep source that is above all reason. There is nothing more destructive than this foolish tendency when it usually appears, in its unripe, negative form. But, we can bring it to total submission by acting with “holy folly.” The joy at a Jewish wedding is so great that it is beyond any attainable wisdom, it is therefore fitting to act “foolishly” (which, at first glance can be seen to be injurious to the Torah scholar’s respectable appearance). A Jewish home that is founded on holy folly is impermeable to the spirit of folly that is described in parashat sotah. Obviously, this holy spirit of folly depends on being consciously and completely in control (like a juggler); absolutely methodical foolishness. Indeed, there is another version of Rabbi Zeira’s words regarding Rav Shmuel bar Yitzchak that the Talmud quotes, “The old man’s method (שיטה) benefited him.”

Sometimes we can suffice with a path of complete seriousness. But, in our generation in particular, the generation of redemption, we must utilize the method of “holy folly.” In this way, we can expose our most essential Jewish powers; the essence of our faith. This is how we can truly combat all the spirits of folly and any tendency to “stray” and reach true marital harmony in every Jewish home and in the entire Jewish people.

Photo by Paul Siewert on Unsplash