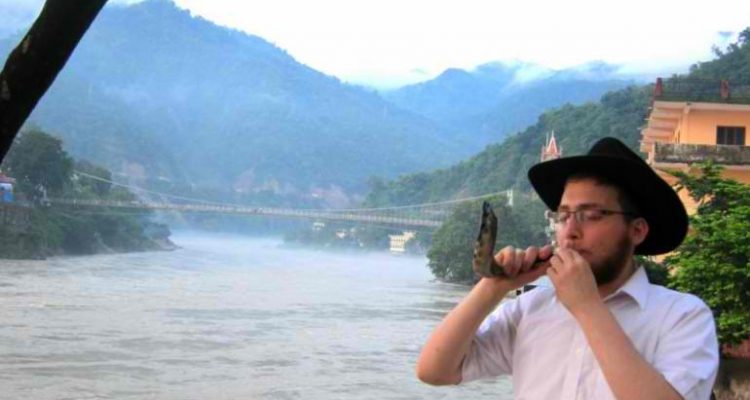 This is the root and source of all the eastern religions, “the land of Kedem”. If we travel to India, for example, we encounter abundant idolatrous impurity – a far cry from Abraham, who shattered the idols. Nevertheless, a holy spark that comes from Abraham is captive within the impurity. It is no coincidence that the highest caste in India is called the Brahmin, a clear allusion to Abraham.

What is this name of impurity? On one hand, a name of impurity sounds very bad. But on the other hand, a gift is supposed to be something good, something that is given with a loving eye and abundance. This is certainly the case if the giver of the gift is none other than Abraham, the great personification of love!

The explanation is that the “name of Impurity” is one of God’s Holy Names. There is a possibility, however – and in some cases permissible – for the nations that have not yet merited the light of the pure faith of Israel to use it while in impurity.

Apparently, the name of impurity from Abraham that reached the East is OM. This is the central mantra in eastern religions (Hinduism, Buddhism and more). The holy source of OM is from the “Name of seventy-two letters” (which is also mentioned in the Talmud). Actually, this Name is 72 permutations of three letters, and this name (spelled with three letters in Hebrew, אום,) is one of them.

OM is like the seal of Abraham himself. Both Abraham’s name and the word OM begin with the letter alef and end with the letter mem. This seal also appears in the expression that explains the meaning of the name Abraham. In Hebrew, this expression is אב המון גוייםthe father of a multitude of nations. The first, middle and last letters of this expression spell OM.

The meaning of OM is further revealed by its gematria, its numerical value. OM (אום) = 47, the same numerical value as bitul, self-nullification. Abraham taught that the entire reality of the world is null to the Creator and that man must also nullify himself to the will of God. Eastern religions mention this nullification, but in a different way that also manifests in a garment of impurity. Nevertheless, a holy spark hides inside the impurity – a point of nullification to the concept of God. Ultimately this spark will emerge from its impure garment and return to its source, as will take place soon, with God’s help.

If so, the rectification for this name of impurity is to recognize and internalize the Holy Name at its source, to reach a true level of self-nullification to God. It is not necessary to travel to India to look for gifts there. You can go straight to the source. Ultimately, everybody will get there.

Q: My husband and I

Q: How do we repent

Searching for my Soul-Mate

Q: We are three sisters