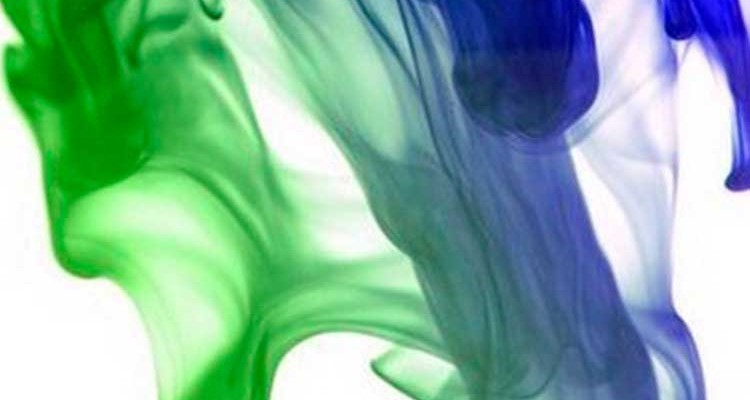 From the time of its revelation at Mt. Sinai, the concealed dimension of the Torah–Kabbalah–was known only to priests and prophets. However, after prophecy ceased and the Temple in Jerusalem was destroyed, a new era dawned for Kabbalah. In approximately the year 3860 from the creation of the world (100 CE), Rabbi Shimon Bar Yochai–also known by the acronym of his name as Rashbi–was given the power and permission from Heaven to reveal to his disciples the inner wisdom of Kabbalah.

He explained the individual functions of the emanations of Divine light–the ten sefirot–and how the sefirot manifest themselves in every verse of the Torah and in every phenomenon of nature. His teachings are contained in the great classic text of Kabbalah, Sefer HaZohar, "The Book of Brilliance," more commonly called the Zohar.

For some one thousand years after the passing of Rabbi Shimon Bar Yochai, the teachings of the Zohar were passed on from one Kabbalist to another, shared in every generation with a only select few students deemed worthy of preserving their transmission.

It was not until the year 5000 from the creation of the world (13th century CE) that the Zohar was disseminated to a larger group. At that time, in Spain, Rabbi Moses de Leon began to make public the text of theZohar.However, even then, few could comprehend its teachings. For the next 250 years, many Kabbalists attempted to provide a conceptual framework within which to place the loosely associated and highly symbolic lessons of the Zohar.

None was as successful as the great Talmudic scholar and Kabbalist, Rabbi Moshe Cordevero of Safed, who was born in 5285 from the creation of the world (1522 CE), better known as the Ramak. The Ramak's goal was to rationally systematize all of Kabbalistic thought up to his time, in particular the teachings of the Zohar.

In his magnum opus, Pardes Rimonim, "The Pomegranate Orchard," the Ramak demonstrated the underlying unity of Kabbalistic tradition by organizing the various, often seemingly contradictory, teachings of the hidden wisdom into a coherent system.

The core of the Ramak's system consists of a detailed description of how God the Creator, through the means of the ten sefirot, evolved finite reality out of the exclusive expanse of infinite Divine Light referred to as Or Ein Sof, ("Infinite Light").

Almost immediately upon the Ramak's demise, Rabbi Isaac Luria, who was  born in 5294 from the creation of the world (1534 CE), popularly referred to as the Arizal or the Ari, commenced the next stage in the revelation of Kabbalah. The Ari was born in Jerusalem but as a youth relocated to Egypt where he quickly established himself as a Talmudic prodigy. Introduced to the secrets of the Kabbalah by one of his mentors, he would often spend extended periods in isolated meditation. During one of his visionary experiences, the Ari was instructed by the Prophet Elijah to return to the Land of Israel, where, in the city of Safed, he would find the one destined to become his chief disciple and exponent.

According to tradition, the Ari arrived in Safed on the very day of the Ramak's funeral. Joining the procession, he envisioned a pillar of fire over the Ramak's bier–a sign, according to Kabbalah, that one is meant to inherit the deceased's mantle of leadership.

The Ari patiently waited for half a year, making no direct overture, until such time as his destined disciple, Rabbi Chaim Vital, who was  born in 5303 from the creation of the world (1543 CE), presented himself for instruction. The Ari only lived for another two years (he died at age 38), but in that short period he managed to reveal a completely new path and depth in the study of Kabbalah. So pivotal were his insights that to this day the study of Kabbalah is virtually synonymous with the study of the Ari's writings.

At the center of the Ari's system is a radically new description of the evolution of reality. Unlike the Ramak, who saw autonomous forces linearly advancing the evolution of creation, the Ari saw a constellation of forces in active dialogue with one another at every stage of that evolution. He described the sefirot not as one-dimensional points but as complex and dynamically interacting partzufim, ("personae,") each with a symbolically human-like character.

According to the Ari, the creative forces continue to interact with reality, continually responding to the way human beings manage the perennial conflict between good and evil. In this way, the impact of human actions on thesefirot–which channel Divine energy into the world–can either facilitate or impede the advancement of creation toward its intended state of perfection.

Subsequent to the Ari, there was one more personality who inspired a qualitative shift in the evolution of Kabbalistic thought. He was Rabbi Yisrael Ba'al Shem Tov, popularly know as the Ba'al Shem Tov.

Born in the Podolian province of western Ukraine in the year 5458 from the creation of the world (1698 CE), the Ba'al Shem Tov devoted the early part of his life to helping ease the physical and spiritual distress of his fellow Jews while at the same time delving into the mysteries of Kabbalah with a fraternity of mystics, the Nistarim. In the year 5494 (1734 CE), he revealed himself as a Kabbalist and healer and proceeded to found a popular movement that was to reinvigorate the spiritual lives of Jews all across Eastern Europe. This movement, which came to be known as Chassidut, was inwardly based upon the ancient doctrinal tradition of Kabbalah, while outwardly giving new emphasis to the simple and joyful service of God, particularly through prayer and acts of loving-kindness.

It was the Ba'al Shem Tov's disciples, particularly Rabbi Schneur Zalman of Liadi, who was born in 5505 from the creation of the world (1745 CE), the author of the Tanya, ("Teachings"), and the founder of the Chabadbranch of Chassidut, who brought to light the Ba'al Shem Tov's profound understanding of Kabbalistic thought. In Chassidic thought, the abstract and often impenetrable formulae of classical Kabbalah are recast into the psychological terms of human experience.

By using the individual's own inner experience as an allegorical model for understanding the deepest mysteries of the universe, Chassidut was able to both elevate the consciousness of the ordinary Jew as well as expand the conceptual territory of Kabbalistic thought.

It is a common misconception that Chassidut is a movement existing outside the formal mainstream of Kabbalah. In fact, not only did the Ba'al Shem Tov influence Kabbalistic thought, he brought it to its historical apex, both in terms of its conceptual refinement and its degree of influence upon the lives of the Jewish populace. It has been said that if Kabbalah is the "soul of the Torah," then Chassidut is "the soul within the soul."

The Development of Kabbalistic Thought – In...

The Meaning of the Word Kab...

What is Kabbalah? Index

FAQ about Kabbalah and Chas...

Introduction What is the Inner Dimension of the Torah?