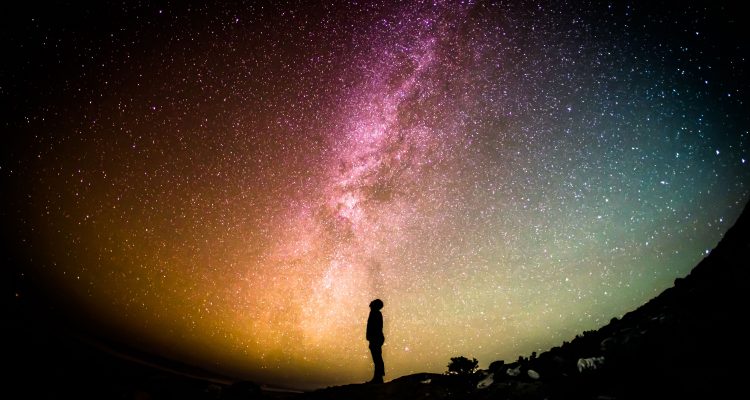 The Two Foundations of the Psyche’s Rectification: Lowliness and Selflessness

Chassidut teaches that pride is the primary source of all impurity and that humility is the most basic character trait upon which the service of God is based and with which the psyche can be rectified. This approach is supported by Torah verses, teachings of the sages, the words of Maimonides, and the ethical books condemning pride and praising humility. The foundational and central importance of humility requires terminology that differentiates between the various shades of concepts that seem similar if not identical. Like every topic we want to treat in-depth, humility requires us to define precise terminology taken from our Torah sources in order to chart the subtle landscape of the psyche and subsequently be able to navigate it, both as individuals and as advisors helping others cope with their own problems.

Because of humility’s central place in understanding our psychology, the most basic text studied at Rabbi Ginsburgh’s school of Jewish psychology known as Torat Hanefesh is an article that goes by the unassuming title, “A Chapter in Serving God” (פֶּרֶק בַּעֲבוֹדַת ה'), but which might be more aptly referred to as, “Understanding and Regulating the Ego.” The crux of this short treatise written by Rabbi Ginsburgh is that to be rectified, an individual must exercise two traits known as selflessness (bitul) and lowliness (shiflut) and attain a proper balance between them. At first glance, selflessness and lowliness may seem similar, but in truth they are nearly opposites. Selflessness is the product of an awareness of God’s Presence, which serves to nullify our consciousness of our self, our “I,” as separate from the rest of our surroundings and fosters the recognition that all the good that we experience and even all the good that we do, should be attributed to God alone. Lowliness is the sober self-awareness, of our personal shortcomings and how distant they cast us from God.

Our entire life is a series of ascents and descents, ups and downs, much like a roller coaster. When working together to create a rectified sense of self, selflessness and lowliness ensure that when we are successful (the ups of life), we do not inflate our ego thereby losing sight of our duties in life—most importantly the Divine mission we were born to accomplish—and that when we experience failures (the downs of life), our self-image does not implode, leading to despair and depression.

[Note that there is a difference between the Chabad approach to humility and the general Chasidic approach, taught by other disciples of the Ba’al Shem Tov and his successor, the Maggid of Mezritch. Chabad primarily stresses selflessness, which is explored in depth and broken down into types and sub-types in the Chabad literature (which form the conceptual backbone of Rabbi Ginsburgh’s teachings). The other disciples focused more on lowliness, exemplified in our generation by the conduct and teachings of the tzaddik, Rabbi Usher Freund, who was one of Rabbi Ginsburgh’s mentors in his earlier years.]

Because selflessness and lowliness are opposites—the former saving us from conceited egotism when we experience success, the latter kicking in to prevent us from crashing and falling apart when failure hits—there are intermediary shades between them. These transitional attributes express the state of inter-inclusion between the two poles, which means that because they are part of a rectified structure, selflessness and lowliness each include aspects of the other principle within them. In the very precise terms that emerge from the in-depth study of Chasidic thought, the two intermediate shades are humility[1] (עֲנָוָה) and submission (הַכְנָעָה). Humility represents the quality of lowliness within selflessness and submission represents the selflessness that is within lowliness.

Submission is the recognition that there is a truth that is above my comprehension—a truth, which because of my lowliness, I cannot identify with or even fully understand. I must, however, relate to it with submission, meaning I am obliged to obey it and to try to keep my life in line with it. Pure lowliness engages only the self and its shortcomings. The experience is one of existential distance from connection to God’s goodness. [This describes the experience from the individual’s perspective. God, from His perspective, has compassion upon man and is concerned about his affairs and so the individual is always near from God’s perspective.] In a state of submission, conversely, we lift our eyes to God’s light that appears in the Torah and illuminates reality. Within submission, even though there is a great deal of self-awareness, there is also present a glimmer of God’s light (which is characteristic of selflessness). Even if it does not manage to create an actual revolution in one’s personality, it does make improvement possible. Thus, submission is selflessness within lowliness).

Our Relationship with Others

In addition to the interinclusion here, we can note that while selflessness and lowliness are primarily internal experiences relating to the relationship between man and God, the intermediary shades highlight the correct way to relate to others. Let us see this last point in more detail.

Humility is the proper expression of selflessness toward others. The recognition that all the good that I receive is a gift from Heaven, from God’s brand of absolute selflessness, makes me understand that the goal of all the good I have in my life should not be myself and my personal development, but rather, to shower others with the benefits that can be derived from this good. Humility propels those who are truly selfless to descend from the heights of personal achievement and interact with others; it allows us to forgo our personal achievements and be willing to exercise self-sacrifice. People who have humility are motivated to do good for others, including even those that can be considered the lowest and even the sinful (as Moses did from the moment that he accepted his mission to take the Jewish people out of Egypt and to the Promised Land).

Submission, which is the result of lowliness, requires our surrender to the good that is above us. Its special expression is in how we relate to others. When a person recognizes his personal lowliness, he is able to submit to the guidance of those who are greater than him and even to submit as “a wise man who learns from every person”[3] to the special good quality that he sees in every other person, which is greater than him as per his understanding. In this manner, King David, who said of himself, “I will be lowly in my eyes”[4] dances with abandon and submission before God. He relates to the Torah placed inside the Ark of the Covenant with submission and feels that he is honored to be in the presence of the simplest of the Jewish people.

As with any four-part model, this one too beckons us to correspond its elements to the four letters of God’s essential Name, Havayah, as follows:

One final point. The initials of these four elements that make up the rectified psyche are bet, ayin, hei, and shin, which can be rearranged to form the word “seven” (שִׁבְעָה). The number seven itself alludes to the seven times seven days of the Counting of the Omer—seven squared days from the second day of Passover to Shavu’ot—when we engage in the rectification of our character by focusing on the seven emotive powers of our animal souls. These four traits are instrumental in that rectification process.

[1]. Note that we used humility in this article’s title and our initial treatment of this complex topic, but that was only because humility is the most well-known among these four concepts: selflessness, humility, submission, and lowliness.