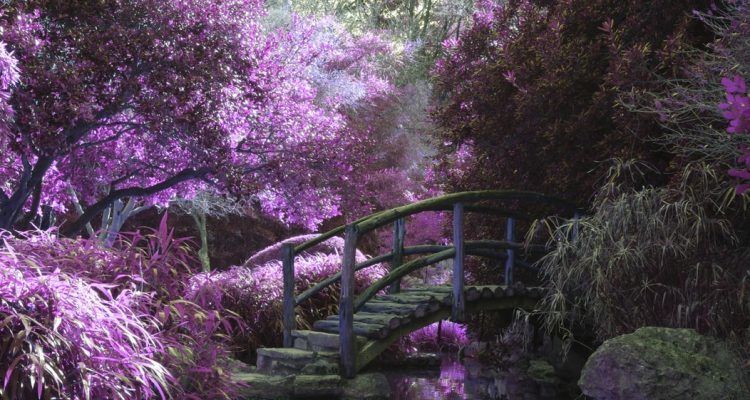 Which is better: Paradise or Redemption?

From the first day of Elul, we recite chapter 27 in Psalms twice a day, after the morning and afternoon prayers (according to some customs, the second time is after the evening prayer):

Of David. God is my light and my salvation; whom shall I fear?  When evildoers came upon me to eat up my flesh—my adversaries and my foes—they stumbled and fell. Though a host should encamp against me, my heart shall not fear; though war should rise up against me, even then will I be confident. One thing have I asked of God, that is what I seek: that I may dwell in the house of God all the days of my life, to behold the graciousness of God, and to frequent His temple.

King David is not just a private individual. He is an all-inclusive soul and as such, everyone can identify with him. David represents the sefirah of kingdom. Everybody has a bit of the attribute of kingdom in his heart, his own point of King David, from where he prays and sings to God.

In this chapter of Psalms, King David describes the experience of war. The enemy camp surrounds him, they are all pursuing him, while he remains completely confident in God. David is a “man of war” and therefore did not build the Holy Temple in Jerusalem. David’s wars were just, but a man of war and an era of war are not appropriate for the Temple, which is a symbol for world peace.

On a personal, psychological level, being a man of war means being in constant internal conflict between the good inclination and its opponent, the evil inclination. In the language developed in Chassidic thought: it is the Divine soul aspiring to the heights of spirituality and dedication to God versus the lowly, egotistical cravings and affinities of the animal soul. If you think that you have already triumphed in your war, you are wrong! You are not a consummate tzaddik; you are not consummately evil either. You are not consummately anything. Instead, you are in the middle—in the midst of the battle. You have not yet triumphed and you certainly have not been defeated. Time and again you have to be wary of your enemy, smite him and persevere. You are an intermediate person (a beinoni), caught between good and evil.

In this sense, we are all David. We are always fighting a war and we must never despair. As David says in this Psalm, even in the midst of battle, “even then will I be confident!” Will you merit to reach your goal, to witness the triumph with your own eyes? Not necessarily. King David did not live a life of peace, but his son, Solomon, did. Perhaps, like King David, it will be your descendants who will build the Holy Temple. But, in the meantime, you have fought the good and just fight.

The Holy Ari teaches that King David belongs to a trio of souls that encompass all of history: Adam, David, and Mashiach. Adam and Mashiach are like bookends, with David symbolizing the annals of history written in many volumes and held in between.

At the very inception of history stands Adam. Prior to his sin, Adam lived in the Garden of Eden. He didn’t have any conflict or direct battle with evil. He was not concerned with sifting through his psyche or through reality, separating good from evil. At the other end of history, representing the very end of history, stands Mashiach. He represents the peace of the future: “No nation shall lift a sword against another nation.”[1] Adam is the beginning and Mashiach is the end.

King David lives all that happens in the interim—after the paradise at the beginning has disappeared and before the future perfection, which seems distant. In King David’s world, there are intrigues, evil plots and wars. This is the arena on which we must live and take action, without succumbing to unfounded and unrealistic fantasies that we can return to bliss of Eden or skip into the utopian future of the Mashiach.

Still, war is not our purpose. David aspired, “to dwell in the house of God all the days of my life, to behold the graciousness of God, and to frequent His Temple.” True, I am currently preoccupied with war and I have no illusions about that. But my soul remembers Adam’s Garden of Eden and truly senses the messianic future. The wars are necessary, but the aspiration is for personal and world peace.

Which is greater: Adam’s Garden of Eden or Mashiach’s peace?

It is very nice to live in the Garden of Eden prior to the sin. It provides us with an anchor until this very day. But it is much greater to ascend after a fall. We descended into the world of war and clarifications, but this is, “descent for the purpose of ascent” and the resulting ascent will bring us to a place far loftier than our starting point. The peace and serenity after the wars are much sweeter than the paradise we have lost. It is certainly worth our while to stay true to King David, to descend into war and to anticipate the beautiful Messianic future – may it be speedily in our days!