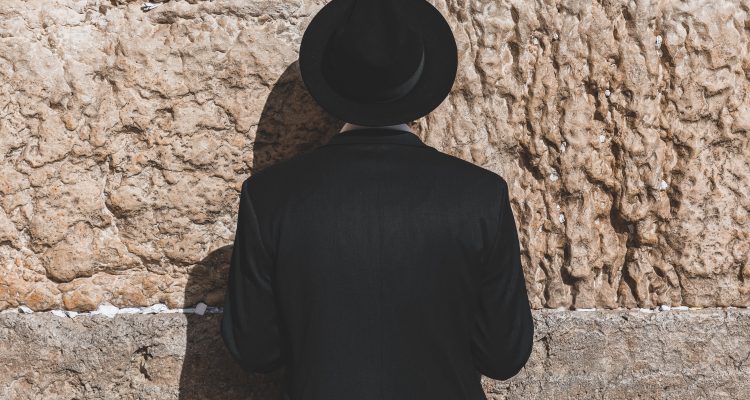 Pray for It, Sing for It

The sages expound upon this verse and explain that God desires to hear the prayers of the Jewish people. To this end, He creates situations that will arouse them to turn to Him. Similarly, the Midrash (Shir Hashirim Rabbah 2:35) describes the scene of the people of Israel on the banks of the Red Sea:

At the hour when Israel went out of Egypt, to what were they likened? To a dove that fled from an eagle and entered into the cleft of a rock and found a snake nesting there, and went in deeper but could not enter for the snake was still nesting there. She could not go back, for the eagle was standing outside. What did the dove do? She began to cry and beat her wings so that the owner of the dovecote would hear and save her. This is like Israel at the sea. They could not descend into the sea, for the sea had not yet split for them. They could not retreat, for Pharaoh was approaching. What did they do? “They were very fearful, and the Children of Israel cried out to God.” Immediately, we hear “God saved on that day.”

When a person finds himself in an impasse with seemingly no remedy, the first solution is to turn to God in prayer. The Midrash shows us that it is not the difficult situation that triggers the prayer, but rather, God’s desire for man’s prayer creates the situation and the prayer brings the salvation. This understanding changes our approach to prayer. It transforms it from a means to achieve salvation to the ultimate goal of the situation. God reminds us to turn to Him with all our hearts. He arouses us to create a connection with Him, for my voice is sweet to His ears and my countenance is comely in His eyes.

From Prayer to Song

With this in mind, prayer transforms from an outward (and perhaps slightly angry) cry to a song of cleaving to God, of thanks and love. From the cry prior to the splitting of the sea comes the song that follows it. [In Hebrew, the numerical value of tefillah (prayer) equals that of shirah (song)]. A cry or shout should be short (as God says to Moses, “Why cry out to Me?”). It is primarily an act of repentance and turning the heart (as in the Midrash on the phrase “’And Pharaoh came close,’” Pharaoh brought the Children of Israel closer to God” both in their willingness to do teshuvah and in their efforts in prayer.”). It is better to save those energies for song.

More specifically, when we encounter difficult situations, we go through a process called submission-separation-sweetening. First, we cry out to God from a place of repentance and submission. This is then followed with separation—a silence that originates in our faith in God’s salvation, “God will fight for you, and you shall remain silent.” Finally, comes the song that praises the miraculous salvation.

The Eagle and the Snake—Anger and Lust

In the description of the Midrash, the eagle threatens the dove from above and the snake threatens her from below. These symbolize two different distress-creating approaches to reality. The eagle symbolizes anger, which ultimately leads to conflict. A person arrogantly expects everything to happen as he desires. When reality does not follow suit, he is filled with anger and his life becomes filled with conflict and struggles. The snake, who enticed Eve and injected her with his venom, symbolizes all the enticements of this world – the attraction to things that are “good for food and a desire of the eyes,” sexual lust and the snake-like cunning that takes advantage of people and reality. (Parallel to the Song of Songs, the eagle and the snake are the two primary threats to a happy marriage: the fire of anger and burning, misplaced sexual desire, about which the sages say, “If they do not merit – fire consumes them”).

Seeing reality and others as a threat that requires conflict and anger – and seeing reality and others as a seductive force that seeks to take advantage of them are two opposite emotional predispositions. Standing between them causes tension and anxiety. Both threaten a person’s self-identity, upon which reality storms in a direct threat or in an attempt to melt or integrate it with its enticements.

Prayer to God with the understanding that the fact that God wants a connection with us and so engendered the distress, reconnects a person to his God and his more inner identity. Then, when we understand that the eagle and the snake are nothing more than God’s emissaries, we can transform them into healthy, beneficial tendencies. We can transform the anger of the eagle into the healthy extremism of a person who wishes to safeguard everything that is dear and important. (In the words of the sages, “an angel in the form of an eagle to protect the world from evil spirits). We can transform the enticement of the snake into healthy lust that actualizes God’s will in the world and the emotional faculties that God gave to us.