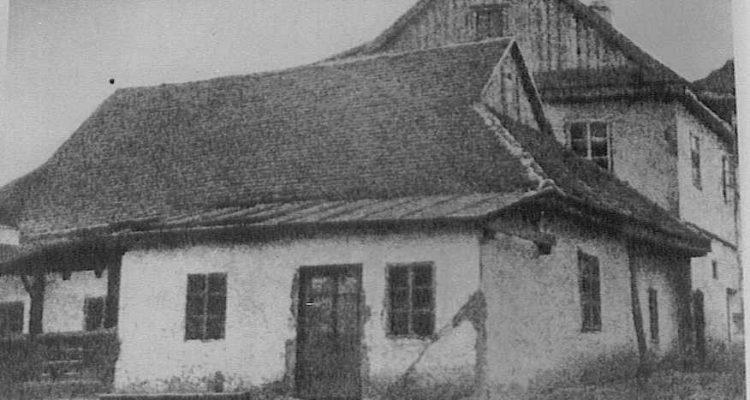 Rabbi Tzvi, Son of the Ba’al Shem Tov: In his Father’s Shadow

Rabbi Tzvi, the son of the Ba’al Shem Tov was born in 5494 (1733). He was the second child born to the Ba’al Shem Tov, 14 years after the birth of his sister, Aidel. After the Ba’al Shem Tov’s passing, and according to his will, Rabbi Tzvi became the leader of the chassidim, at the age of 26. One year later, he unexpectedly transferred the leadership role to the Maggid of Mezritch, explaining: “Today my holy father came to me and said to me, ‘the heavenly court and minions who were with me when I was alive are now with my holy disciple, Rebbe Ber the son of Avraham [the Maggid]. Therefore, give him the leadership in the presence of the holy group of chassidim and he will sit in my place at the head of the table and lead the community of chassidim with understanding.’” Rabbi Tzvi then went to live in Pinsk, which was a town of opponents of Chassidut. He did not assume any leadership roles his entire life and conducted himself as a simple chassid. The Karlin tradition relates that he would visit Rebbe Aharon Hagadol of nearby Karlin, saying that it was “the exodus from Egypt to the land of Goshen.” Rabbi Tzvi passed away on the 7th of Tevet 5540 (1779) and was laid to rest in Pinsk.

Rabbi Tzvi was not very connected to the ways of the world and was poor his entire life. Once, in distress, he went to pray at the graves of his parents in Mezhibuzh. He began with his spiritual requests and afterwards continued to detail his difficult material situation. That night, his mother, Leah Rachel, came to him in a dream and reprimanded him. “As long as you requested an inner connection to God, both your father and I listened. It also brings a parent pleasure when his child requests spiritual matters. But the moment that you began to ask for material matters, your father said to me, ‘What relevance do these things have to him?’ and left. He did not want to hear. But I am your mother, and a mother also has to listen to material requests, so I listened…”

This story may be a bit disconcerting to a person used to hearing stories of the salvations and wonders performed by the Ba’al Shem Tov. Where did the great love for others that characterizes Chassidut go? We must remember that for the Ba’al Shem Tov, worldly matters and involvement with people were no simple matter.

When the Ba’al Shem Tov’s mentor, Achiyah Hashiloni told him to reveal himself in the world as a tzaddik and leader, he flatly refused. He preferred to work quietly, covered by the fur cape common to the simple folk and to influence his surroundings relatively indirectly. The exquisite solitude he enjoyed freed him to act for the sake of Heaven, with no residual feelings of self-importance. He had no chassidic court, no admirers and no disciples at his beck and call. This, however, was not the mission that he had to accomplish. The soul of the Ba’al Shem Tov descended to this world in order to reveal the teachings of Chassidut. This cannot be accomplished by a hidden tzaddik. With great pain, the Ba’al Shem Tov abandoned his concealed status and began to disseminate his teachings in the world.

This was the fateful year that Rabbi Tzvi was born, and it was no coincidence. After his daughter was born, the Ba’al Shem Tov no longer engaged in marital intimacy, testifying years later that Rabbi Tzvi was born in keeping with a heavenly directive to desist from his celibacy and to bring a new soul down to the world. Just as the Ba’al Shem Tov was forced to start teaching his students, so he was commanded to bring a new child to the world during that same year.

The Ba’al Shem Tov said that Rabbi Tzvi’s soul was taken from the loftiest place, known as the “union of kisses.” In the soul, the union of kisses is the process by which crystallized thoughts are created: First, wisdom (the persona of Abba, father) produces the seed of the initial idea, which is sometimes no more than an unclear feeling that ‘there is something to this.’ Afterwards, understanding (the persona of Imma, mother) receives the seed, cultivating it into a thought with meaning.

Souls born of this process, which takes place with the Almighty, as it were, will be akin to the power of thought: introverted and lofty. Their voices will not be heard, but they are aware that they are an inseparable part of the Divine flow of thought. As opposed to the power of speech, thought cannot be taken out of context.

Rabbi Tzvi, who was born in the year that the Ba’al Shem Tov was revealed, expresses his father’s revelation on the one hand, while also expressing his longing to remain alone with his thoughts. As he had this type of soul, the Ba’al Shem Tov felt that Rabbi Tzvi’s worldly requests were not good for him, and did not want to listen to them.

When a young man from Pinsk asked Rabbi Tzvi to teach him Chassidut, he sent him to Rebbe Aharon of Karlin. He explained his actions as follows:

A man with fifty coins in his hand comes to a wealthy man and asks him, “How does one become rich?” The wealthy man answers, “I do not know, for I inherited all my wealth from my father. But go to the wealthy man in the next town, for he began his business with only fifty coins…”

Another story also describes Rabbi Tzvi as remaining in his father’s shadow:

Once a guest came to stay with the Ba’al Shem Tov. He would snore loudly in his sleep. At that time, Rabbi Tzvi was a young boy and he was frightened by the snoring. He went to tell his father, who said to him: “Move the door back and forth, as if you are opening and closing it, and you will not hear any more snoring, as he will sleep peacefully.” Rabbi Tzvi did as he was told and it helped. The next night, when the guest was once again snoring loudly, Rabbi Tzvi once again went and moved the door back and forth. This time, it did not help. He went to his father, who told him, “Last night, it was just the time that the minister of sleep was removed from his post and a different minister of sleep was appointed. Between one and the other, this segulah (charm) helped. Today, the minister of sleep was already appointed, and the segulah did not help.”

Throughout his life, Rabbi Tzvi saw himself only as his father’s successor but did not deem himself worthy of passing on his father’s teachings. The sages teach that once an individual has been appointed to a position of power, it is against human nature to give it up: We learned that Rabbi Yehoshua ben Prachyah said: Initially, if someone would say to me, “Ascend [to power],” I would have him tied up and fed him to a lion. Now [that I have power], if someone would tell me “Descend,” I would throw a boiling kettle on him; likewise Saul fled from power, but once he had ascended [became king], he wanted to kill David” (Menachot 109b). With great humility and graciousness, Rabbi Tzvi gave the leadership position to the Maggid of Mezritch. The impression that he nevertheless made on Chassidut teaches us a lesson in modesty and connection to the Rebbe, which has not been forgotten after over 200 years.