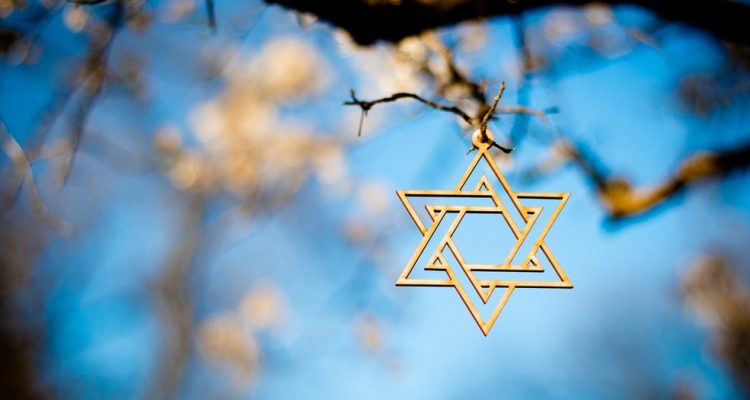 The concept of the Fourth Revolution and teaching Torah to the nations of the world elicits many questions, particularly among those who are working, boots on the ground, with non-Jews. One such person is Rabbi Daniel Tzafon, who teaches Torah in Spanish over the internet. There is great interest in Torah study in South America and Rabbi Ginsburgh’s students have created a number of channels through which they teach Torah in Spanish on a broad scale.

Recently, Rabbi Daniel Tzafon met with Rabbi Ginsburgh to discuss the proper approach to teaching Torah to non-Jews. This is part 2 of translated excerpts from their conversation.

R’ Daniel: On our website in Spanish, we have an article explaining the five levels of the soul as they relate to Jews and non-Jews. Many non-Jews have certainly read it. When a non-Jew reads the article, he will certainly want to attain the highest soul-level, that of a Jew.

Rabbi Ginsburgh: Excellent. They should learn how to ascend the rungs of the golden ladder.

R’ Daniel: The question is if we should approach individuals in this manner – “You have five levels, we invite you to convert…” There will be thousands of conversions because they aspire to the highest level. This goes back to what we mentioned earlier about their society being based on classes. Clearly, everyone will want to be in the highest class of Israel.

Rabbi Ginsburgh: There are tools with which we perform conversions. It is necessary to have a rabbinic court with good rabbis. It is not good to reject potential converts, both according to Jewish law and according to emotion, as we mentioned.

Rabbi Nir Menussi: Not to reject a true convert. But this is where the misgiving comes in.

Rabbi Ginsburgh: As we learned,[1] conversion is an optimistic gamble.

R’ Daniel: But “the left that rejects” is also needed.

The main point that we said is that perhaps there will be one thousand conversions a year, but that is stage 2. Right now, we need to focus on Stage 1. This is our topic right now.

R’ Daniel: I only brought that in as an example, that from the perspective of the non-Jews, there is no problem with the fact that there will be thousands of converts. I am not saying that I want to do that.

Rabbi Ginsburgh: There is an expression of the Lubavitcher Rebbe[3] that Esau is ready. When Jacob sent messengers to Esau he said to him, ‘I am ready for the redemption. What about you?’ The Rebbe says that today the situation is just the opposite – Esau is ready and the Jews are not ready. Certainly there are millions who, in some place in their consciousness are willing and eager to come close and connect. Now we have to rectify ourselves. This is certainly for all the nations of the world. But first, it is for us – internal rectification. In rectification, everything returns to Abraham, “When will my actions reach the actions of my Forefathers – Abraham etc.”[4] First of all, let us be Abraham, who did this out of simple love for God’s creations. Abraham was an Ivri – he was different than everyone else, “The entire world was on one ever (side) and he was on the other ever”[5]. But he loved the other side.

R’ Daniel: So the first stage is to spread as much light as possible. I also have a question about that. What is the correct garment for this light? We can speak in Torah-based language, as if we were teaching a Torah lesson. That is what everyone does today. They open a channel on YouTube and speak as if they were in a synagogue, just that they are on the internet. People always ask me why my channel has been so successful. I tell them that I speak their language, with the concepts that they understand.

Rabbi Ginsburgh: Thank God, you have found the way, the proper channel.

R’ Daniel: So I should use universal language for the concepts?

Rabbi Ginsburgh: Yes, definitely. In order to be universal, we have to disrobe from the cultural intricacies with which we are familiar.

R’ Daniel For me that is less difficult. My father is not Jewish, my mother is a Jew and I was raised as a non-Jew.

Rabbi Ginsburgh: Where? In Spain?

Rabbi Ginsburgh: So God took you on the exact path for you – and you have to contribute the fruits of that path to everyone. This is how to speak, in universal language. The messages themselves have be the deepest and the most filled with authentic Jewish emotion.

Rabbi Ginsburgh: You should not say anything that would make it seem that you are in favor of Christianity, God forbid.

R’ Daniel: No. But I teach the Psalms, I explain the Psalms. They also believe in that and they listen and connect because of the style. The lessons have millions of views.

Rabbi Ginsburgh: Excellent, may they grow even more.

R’ Daniel: Another thing is to inspect the terrain, their side – to discover what are the primary husks that are still keeping people in idol worship or in all sorts of foreign thoughts and to fight them – not directly, but to speak on these topics. That is important.

Rabbi Ginsburgh: Fine, that is part of the “left hand that rejects” – to reject the false influences.

Rabbi Nir Menussi: Daniel wrote many reasons why it is dangerous to convert.

Rabbi Ginsburgh: There is certainly a problem. That is our topic today.

Rabbi Itiel Giladi: Since the beginning of the discourse on the Fourth Revolution, Rabbi Ginsburgh has insisted that we are not specifically teaching non-Jews, but rather, that the Torah is for everyone.

Rabbi Nir Menussi: Today I spoke about Torah for the nations of the world. Someone said, ‘Torah for the entire world.’ I said ‘No, there has to be a separation’ but I see that he was right.

Rabbi Ginsburgh: True. It may also be that a very distant Jew thinks like a non-Jew, that is why we need universal language.

R’ Daniel: I have also begun speaking about Kabbalah. There is a phenomenon of non-kosher Kabbalah centers.

Rabbi Ginsburgh: For phenomena like that we need the “left arm that rejects…”

R’ Daniel: Those centers are the opposite face of the Fourth Revolution.

Rabbi Nir Menussi: Rabbi Ginsburgh has said on numerous occasions that the concept ‘Kabbalah” has already been broken open. That means that the time has come to teach the true Kabbalah.

Rabbi Ginsburgh: There is a rule: “The husk precedes the fruit.”

It is very important to emphasize the Bible. This is the basis of the dissemination. While it doesn’t speak to the entire world, it does speak to a great percentage.

Rabbi Nir Menussi: All the Christians.

Rabbi Ginsburgh: Specifically the simple Christians or Christians from certain cultures. Like the Bible Belt in the US.

R’ Daniel: I have a channel with just Bible. I always say “Hebrew Bible”, so that it will not sound Christian. They often ask if it is prohibited to use their translations.

Rabbi Ginsburgh: The only thing that is acceptable is their division of the Torah into chapters.

R’ Daniel: They have a different order in the books.

Rabbi Ginsburgh: Even in the Ten Commandments they have a different division.

R’ Daniel: The Kuzari also has a type of parallel to the five levels, perhaps the five levels of the ladder that Rabbi Ginsburgh mentioned. I don’t know if that works out, but it is no coincidence that he begins with idol worship, then philosophy, Christianity, Islam, Judaism. Those are also five levels.

[There was a discussion on Christianity and Islam, and on the fact that the relation between them has switched. In the past, Islam was considered enlightened and distant from idol worship, but today it is more distant etc.]

Rabbi Ginsburgh: The switching of roles today shows that it is all false.

R’ Daniel: I would like to receive the Rabbi’s blessing.

Rabbi Ginsburgh: May you be blessed with great and vast success. We must remain in contact. There is much to do – an infinite amount. May it all be with joy and health and might of holiness. It is written[7] that the month of Adar is a healthy and mighty mazal – may it be healthy and mighty, with a smile.

You can purchase Rabbi Ginsburgh's book, "Kabbalah and Meditation for the Nations" here.