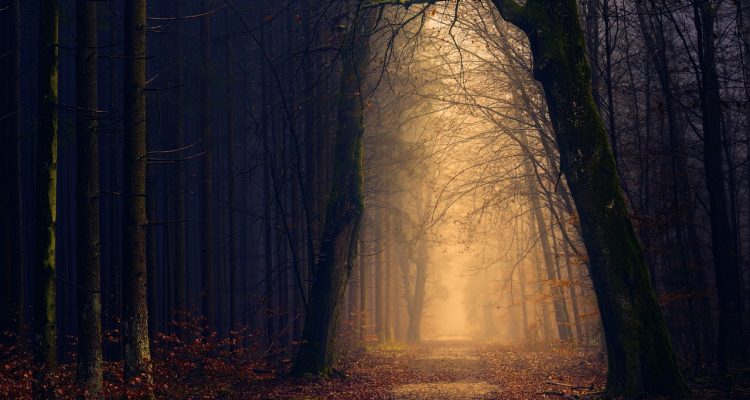 The Key to Emerging from Contracted Consciousness

My head is not working, my heart is blocked, and can’t pray and I have no strength for anything. I feel threatened, everything is irritating, and all the lofty, beautiful declarations are distant and have nothing to do with me right now. I have no patience for ideals, all I want is to curl up under my blanket, survive this day and not see anybody. In short – contracted consciousness.

Sometimes, we fall into contracted consciousness for no apparent reason. Sometimes, it is the external situation that creates tension and pressure. One way or the other, when a person is experiencing contracted consciousness, he is captive to his natural inclinations. He is concerned only with himself and becomes angry at anyone or anything that he thinks is harming him. (Often, he sees all of his surroundings as threatening and attempts to distance them from him).

One of the foundations of the teachings of the Ba’al Shem Tov is that we should – and it is possible – to serve God in every situation and condition – in contracted and expanded consciousness alike. As King Solomon wrote in Ecclesiastes, “On a good day, be in the good, and on a bad day, see, God has made one opposite the other.”[1]

God is everywhere – not only in a physical place, but also in an emotional state. This belief makes it possible for us to endure the situation, deal with it and serve God while in its midst. Moreover, God watches over everything with His Divine Providence. Not only is God with me in my state of contracted consciousness, but it is He Who brought me here. He expects me to function in a certain manner. He gives me the strength to negotiate the trial and to serve him here, while I am enduring it. Ultimately, he will also extricate me from the crisis – and I will have gained something precious.

When we take another step forward with this concept, we reveal a primary key to negotiating contracted consciousness: I need to fortify my faith and trust that the Creator, my compassionate Father, will soon extricate me from this narrow place and bring me to a broad place. Tomorrow, I won’t be here anymore. But while I am here today, in this place, I can give God unique pleasure that I will not be able to give Him when I am no longer here. God derives special pleasure specifically from the cries of the heart from within the darkness, from a small effort put forth from within crushing difficulty, from devotion and good will when the mind and the heart are blocked and contracted. Tomorrow, with God’s help, I will not be here. While I am here, I intend to bring God as much pleasure as possible with my contracted consciousness.

This thought is much more than just strengthening words to help us cope or encourage us to keep our heads above the water – both important in their own right. This thought is the source of the ability to emerge from our contracted space. In a state of contracted consciousness, a person is wrapped up in himself and relies on selfish considerations. He is motivated by factors that are not for the sake of God. Thinking about the special pleasure that he can bring God specifically from his contracted place draws him out of his selfish thoughts. Instead of thinking about himself, his current hardships and the futility of his actions, he remembers God and his aspiration to give Him pleasure. His consciousness has begun to transform into a state of for the sake of God.

The Ba’al Shem Tov says that sometimes God throws great people into contracted states so that they will be able to identify with those whose original place is lowly and contracted and help them to emerge from there (to return to God or even convert). Even when we find ourselves in a contracted place, we need to remain in influencing-mode, with faith that it is specifically this fall that makes it possible for us to have concern for others. And concern for others is the key to emerging from contracted consciousness to a new light of expansion.

Image by Joe from Pixabay