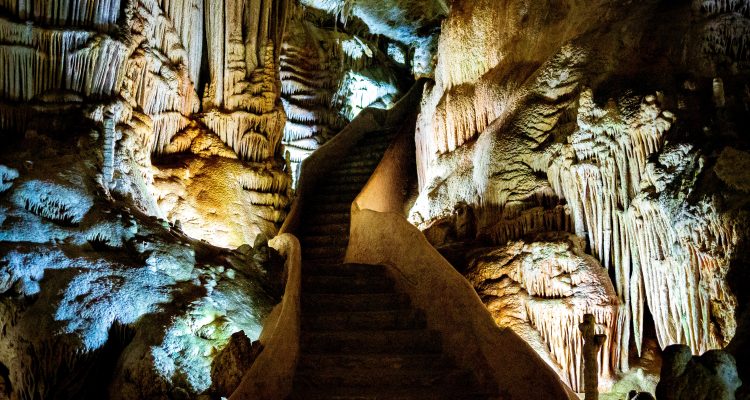 The Prayer that Paved the Way to Kingdom

Saul was obsessed with killing his son-in-law David. Thus, he headed an elite unit of 3000 soldiers both larger and more professional than David’s small army, pursuing David through the Judean wilderness. At one point in this drama, David and his men hid in a cave. Seeking privacy on a bathroom-break, Saul had entered the cave unwittingly. If he were to discover David and his men in the depths of the cave, he and his army would finish them off. But now that Saul was alone and unarmed, the advantage had shifted to David and his army. His soldiers were sure that God had delivered Saul into David’s hands and pressured him to kill him. This is the height of the drama: a dilemma that can easily cost either of the protagonists their lives. What should David do?

In those tense moments, David composed a psalm in which he cries out to God. He presents his perilous position and alludes to his dilemma. He finishes with a plea: “Bring my soul out of prison, that I may give thanks unto Your name; the righteous shall crown themselves because of me; for You will deal bountifully with me.”[1] Chapter 142 is a deep psalm and even today, we continue to say it in times of trouble, it begins with the title, “Wisdom of David, when he was in the cave, a prayer.” What is the great “wisdom” in this chapter? The Midrash relates this question to another verse, “God’s Name is a strong tower: the righteous man runs into it and is elevated.”.[2] The Midrash explains that the righteous David’s wisdom was in the knowledge that in his precarious position, his wisdom, strength or any other prowess that his men were urging him to bring to bear would be futile. He had to trust exclusively in God and in his prayer to Him. The “wisdom of David” is the understanding that “when he was in the cave” he had only one option: “prayer.”

Chassidut and Kabbalah explain that the righteous person—corresponding to the sefirah of foundation—runs (as in the verse above from Proverbs), directing his energies downward, to the sefirah of kingdom, which is referred to as “God’s Name,” and described as “a strong tower.” He understands that doing so is what will elevate him. In this verse, the attribute of kingdom is prayer, which is King David’s most innate and essential faculty, as he says in Psalms, “And I am prayer.”[3] His power to emerge from his prison, so to speak, is specifically by entering and delving into the cave-tribulation that he is experiencing. This in turn leads him to “run” to trust in God alone, to pray from the depths of his heart and by doing so, to be elevated to the true source of his kingdom.

Ultimately, David makes a tough decision. He sternly warns his men not to touch Saul, who he refers to as “the one anointed by God”[4] and does not harm him. Still, he did cut off a corner of Saul’s garment (apparently to prove to Saul that had he wanted to, he could have killed him), but later he regretted doing even that.

It was then that David emerged from the depths of the cave and approached Saul in a conciliatory tone. This gesture transformed (if only for a brief moment) the existential struggle between Saul and David into a meeting of their souls. It caused Saul to cry and recognize his son-in-law David’s kingship. In those few moments, Saul related to David like his own son. For a brief moment, the conflict between the first kings of Israel transformed into a messianic union between them—a unification between the chaotic energy of Saul’s kingdom (referred to in Kabbalah as, “lights of chaos”) with David’s future rectified kingdom (referred to as “vessels of rectification”). David’s restraint and refusal to harm “the one anointed by God” and his choice to intensify his prayer at the height of the crisis are what turn him into an object of admiration and emulation for the righteous and makes him worthy of the crown: “the righteous shall crown themselves because of me; for You will deal bountifully with me.”[5]

David’s decision in the cave is the wisdom that elevates him and transforms him into a person worthy of eternal kingdom—until the coming of his descendant, Mashiach the son of David. Amazingly, the numerical value of the first words of chapter 142 in Psalms, “The wisdom of David when he was in the cave” (מַשְׂכִּיל לְדָוִד בִּהְיוֹתוֹ בַמְּעָרָה) are the same as the entire verse describing the wisdom, success, and elevation of Mashiach, “Behold, My servant shall prosper, he shall be exalted and lifted up, and shall be very high” (הִנֵּה יַשְׂכִּיל עַבְדִּי יָרוּם וְנִשָּׂא וְגָבַהּ מְאֹד).[6]