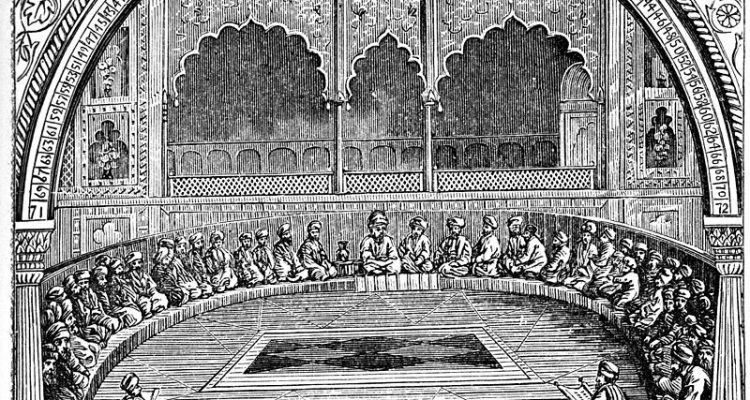 Yitro advised Moses to choose men with four characteristics for the position of judges of Israel: “Men of valor, God-fearing, men of truth, and haters of unjust gain” (אַנְשֵׁי חַיִל יִרְאֵי אֱ-לֹהִים אַנְשֵׁי אֱמֶת שֹׂנְאֵי בָצַע). But when the Torah describes Moses actually choosing these men, only one of the four character traits appears, “And Moses chose men of valor from [אַנְשֵׁי חַיִל] among all of Israel.”

All four character traits are important and needed, but Moses preferred to focus and concentrate all of them into the one, most important characteristic, “Men of valor.” Moses was not aiming to create a technocratic judicial bureaucracy populated with individuals with a talent for the judiciary. Rather, he first and foremost sought individuals who would be entrusted with the mission of serving the people with their heart and soul. These people would have to be his shluchim, Moses’ own emissaries dedicated to judging the Jewish people. Indeed, the sages teach us that, “a person’s emissary is akin to himself.”

The literal meaning of “men of valor” (אַנְשֵׁי חַיִל) is warriors. Moses was searching for people who would be soldiers in God’s army. As soldiers, they should completely identify with their commanding officer, Moses himself. Moses himself was a man of valor and self-sacrifice. Sharing this character trait, the men selected as judges would have Moses’ ability to represent and judge the people of Israel.

The Book of Samuel relates that one of King David’s warriors, Benayahu ben Yehoyada, was a “The son of a living man,” (בֶּן אִישׁ חַי). This is how this title is read. But, the Masoretic reading of these words renders it, “a man of valor” (בֶּן אִישׁ חַיִל). From this we learn that the men of valor in our Torah portion are also “men alive.” They are men who have unique vitality; they are alacritous, active, and energetic.

One of the pairs of concepts discussed and used in Chassidut is “essential life” (חַיִּים בְּעֶצֶם) and “enlivening life” (חַיִּים לְהַחֲיוֹת). Some people’s vitality is concentrated on themselves—this is known as “essential life.” But there are people whose vitality extends beyond themselves and is contagious, proliferating and bringing life to others—this is known as “enlivening life.” A man of valor, an ish Chayil (אִישׁ חַי), a man of valor, is a person whose vitality extends to others.