The Secrets of the Final Redemption: Part 5 – The Secret of Havayah

"In its Time I Will Hasten it":

In order to better understand the four stages of conscious determination described in the previous chapters and their essential link to the coming of Mashiach, we will now parallel these stages to the letters of God's Name, Havayah.

Faith has its source in the eitan, ”the staunch one” in the soul. (Abraham, the first and foremost of all believers in God, is referred to as Eitan Ha'ezrachi). The eitan is the essential force of the soul that manifests tangibly in the inner dimension of the sefirah ofchochmah. In Kabbalah, the eitan is referred to as God's 72 letter Name (Av). (In total, there are 27 ways to spell God's Essential Name Havayah in full — each one of the three letters hei, vav, hei, possesses three different spellings). It corresponds to the letteryud of God's Name, Havayah.

The strong will to actualize the process corresponds to the powerful lights of God's 63 letter Name (Sag). These are the lights of the World of Chaos (Tohu). They contain a forceful drive to conquer known reality and to change it in accordance with my will and as I see its rectification. God's 63 letter Name and its chaotic drive (also associated with the power of imagination) correspond toBinah and to the upper hei in Havayah.

The intellect that enclothes the strong will of the World of Chaos and molds it into tools to rectify reality corresponds to God's 45 letter Name(Mah). This is the power of the soul that ensures that the compelling energy of the World of Chaos will not break reality and will not be broken, itself. It is the intellect, corresponding to the vav of Havayah, which channels the lights and will of Chaos into a realistic plan of action.

The actualization of the desired change in reality corresponds to malchut, the "revealed world" in which changes are openly seen. This is the power of God's 52 letter Name (Ban) that illuminates reality. It corresponds to the lower hei of Havayah.

Let us summarize the process of bringing Mashiach as described by conscious determination, Chashmal, and God's Name,Havayah. 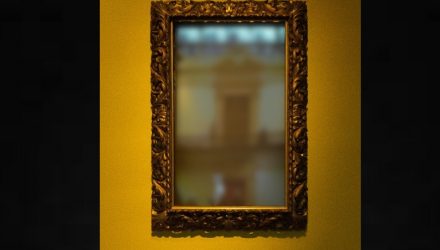 As explained in the previous chapters, Torah study