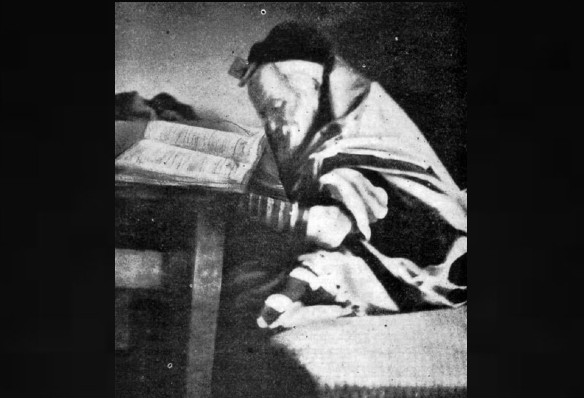 Images and Shadows: Why Foreign Thoughts Arise during Prayer and What to do with them

Our service of God requires that that we incorporate and express God’s Divine light in the vessels of reality (“a dwelling place in the world below”). The Arizal adds three intermediary levels between the lights and vessels, which are different and even opposite of each other. The basic structure of the lights and the vessels with their three intermediary stages is: Lights-Intellect-Images-Garments-Vessels. (In Hebrew: Orot-Mochin-Tzlamim-Levushim-Kelim).

What are these five levels in our service of God?

The Lights are simple faith – the revelation of God’s light, “There is nothing other than He alone.” The Intellect is the Torah, God’s wisdom. The Images allude to prayer, as we will discuss. The Garments are the mitzvot, which are fulfilled by means of the garments of the soul (thought, speech and action). The Vessels are all of our actions in reality, implemented within societal norms and mainly, in a manner that brings peace to the entire world (”as the entire Torah was given to make peace in the world” and the coming of Mashiach and Elijah is “to bring peace to the world.”)

Let us explore the parallel between images and prayer. A person’s “image of God” in which he was created, is mostly expressed by his prayer. This is exquisitely alluded to by the fact that if we take the Hebrew word for ‘person’, אדם/adam, and write out each letter of the word in full in Hebrew as follows: אלף דלת מם  – the letters used to fill out the alef, dalet and lamed, (lamed, pei, lamed, tav, mem) spell out  mitpalel/prays! Every person is filled with prayer! (The main preeminence of the ‘speaker’ and his novelty in the world is in his being a ‘praying person’ – the only creation created in God’s image and who is in a continuous dialogue with Him).

Tzlamim/images also allude to tzlalim/shadows. In Aramaic, the word for prayer, tzlota, shares a sub-root with both tzelem/image and tzel/shadow.    In the verse in Psalms, ach b’tzelem yithalech ish, the word “b’tzelem” is explained to mean “tzalmavet/the shadow of death. The verse then means, “So a man walks in the shadow of death.”) Prayer rises specifically from between the shadows of reality, when it seems that God’s light is concealed and a person must strengthen himself by taking cover in God’s shadow and in his ability to always turn to Him.

On a deeper level, prayer emerges from between the shadows of the soul, and its role is to deal with those shadows and clarify them. Simple faith and the first processing-expression in Torah-oriented intellect are a bright revelation of Divine light. The mitzvot – and even more than them, peace – act on actual reality (tangible, dark reality). In prayer, however, there is an expression and rectification of a person’s soul, which stands between God and external reality (the dimension of Neshamot/Souls, which is the intermediary and connects between Divinity and Worlds), and within it, “light and dark are mixed together.” This is why, specifically when a person prays, he is suddenly attacked by all sorts of unclarified, foreign thoughts.

To add even further depth to this thought, the Aramaic word for prayer, tzlota, also shares a sub-root with tzalal, which means to dive down into the depths. It is specifically the depths of the unconscious that are the source of the shadows. Prayer, which rectifies the shadows of the consciousness,  ‘invites’ the thoughts that stem from those shadows to arise from the depth of the consciousness and request their rectification (either by bringing them up to their root, which can be accomplished by a tzaddik, or by rejecting and nullifying them, which is the service of the intermediary person in prayer).

Adam and Eve, who were created “in the image of God,” brought death to the world. Since then, we exist in this world – whether consciously or unconsciously – with a sense of the tzalmavet – a fear of death. It is from this fear of death that our prayers (both explicit prayer and the experience of prayer aspiring to be a constant dialogue with God – “Would it only be that a person would pray all day long”) burst forth.

This fear of death is also the source of the foreign thoughts that arise during prayer. When a person identifies the source of the shadows – distance from God and concealment that push the (imperfect) person to draw near to God (his perfect source) – he can turn the routine worries that rise when he prays to tools that he can work with. From mundane worries, he can redirect those thoughts to existential worry as to the state of his mission in the world, to the fact that Mashiach still has not come and the fact that there are still people in the world who deny God (which stems from the concealment). He can then channel it all into his mission to rectify broken reality. When he accomplishes this, then “Even when I walk in the valley of the shadow of death (tzalmavet) I will not fear because You are with me.”