A woman who inherits a portion in the land can marry only someone from her tribe. This is an explicit commandment in the Torah, but it was enacted for only one generation! In the following generation, the verse, “This is the thing” was explained as “This thing will not be enacted, only in this generation”. And then it was declared that the prohibition had ended and the tribes could intermarry. This happened on the Fifteenth of Av. This is the reason that this day is so happy.

The phenomenon of a commandment that is required at the beginning and is then nullified, is reminiscent of the words of the sages: “Mitzvoth will be nullified in the future days to come.” This refers to a future reality in which we will not need to be commanded in order to do that which is required. In other words, at a practical level the halachah will remain the same, but it will not be necessary to command us to follow it.

On a deeper level, we learn from this that when the mitzvah has been fulfilled to perfection one time—as the righteous daughters of Tzlofchad certainly did—the purpose of the mitzvah has been accomplished and then the future state of “mitzvoth will be nullified” can be accessed. If so, all 613 mitzvoth are simply waiting for us to finally fulfill them with the fitting perfection. At that point, the role of the mitzvoth as actions performed because of a command will have been fulfilled and we will progress to the next stage of clinging to God—from a place of joy and pleasure.

Surprisingly, our Sages explain that the daughters of Tzlofchad themselves were not obligated to marry into their own tribe of Menashe. “To whomever they see fit, they shall be wives.” Instead, the prescription to marry within their tribe was simply a piece of good advice (Bava Batra 120a). In other words, the daughters of Tzlofchad chose what was they saw fit out of their own free will, to fulfill what other women were obligated to fulfill.

This is another point in which this mitzvah constructed a general Torah principle: namely that at their core, all the mitzvoth are “pieces of good advice.”  Indeed, we find that the Zohar refers to all 613 mitzvoth as “advice.” The mitzvah is a good piece of advice on how to cling to God. In this world, the advice is obligatory, and sometimes requires us to curb our sense of freedom to do what we like. But in the future, we will see how this advice is the very best and we will embrace it completely willingly. 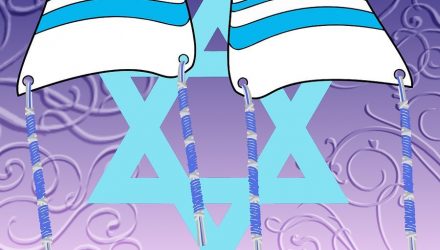 Excerpted and translated from Rabbi Ginsburgh’s Torah lesson, 11 Cheshvan, 5769 (November 8, 2008) / The Od Yosef Chai Yeshiva, Yitzhar The 11th of Cheshvan is not

Matot –Masei: Sunday: Do not Fear “When a man

Beginning a Mitzvah and Com...

The Torah Portion of Matot A mitzvah is a