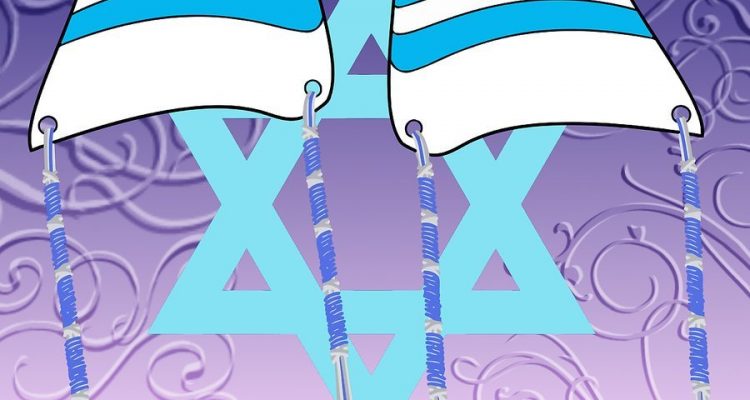 The 11th of Cheshvan is not only Rachel, the matriarch’s day of passing (yahrzeit) but also that of Rebbe Menachem Nachum of Chernobyl. Rebbe Nachum was one of the Alter Rebbe’s best friends, even though he was much older than the Alter Rebbe. Rebbe Nachum’s book is titled Ma’or Einayim (literally, “Light of the Eyes”). One of the most famous innovations that Rebbe Nachum brings in his book is that every Jew has a spark of the Mashiach in him. This idea is obviously emphasized on the day of his passing.

The Rebbe explains that this idea means that every Jew has a spark of the lights of chaos that are needed to bring the Mashiach. In Ma'or Einayim, Rebbe Nachum offers a Chassidic commentary on the verse from the Torah portion of Lech Lecha spoken by Abraham to the king of Sodom after the battle of the four kings against the five kings, ”If I will accept nothing belonging to you, not even a thread or the thong of a sandal, so that you will never be able to say, ‘I made Abram rich.’”[1] Rebbe Nachum quotes the Talmud[2] that states that in merit of Abraham’s refusal to take anything, not even a thread or the thong of a sandal from the king of Sodom, his children merited two specific mitzvot (commandments): tefillin (phylacteries), symbolized by the “thong of a sandal,” and the azure-colored thread of the Tzitzit (ritual fringes), symbolized by the “thread.”

The Talmud then asks: meriting tefillin is understandably related to Abraham's words because the Torah tells us that tefillin instill fear in our enemies: “And all the people of the earth will see that the Name of God is upon you, and they will fear you,”[3] which refers to tefillin. But, asks the Talmud, what benefit[4] do we get from the thread of azure? The Talmud brings Rabbi Meir’s answer to this question. Rabbi Meir says that azure is similar in color to the ocean, the ocean is similar to the heavens and the heavens resemble God’s throne of glory.

All in all, this is a very difficult passage to understand. Thus, Rebbe Nachum offers his explanation. Rabbi Meir is telling us that the tzitzit are an instrument of teshuvah (return to God); they have the ability to reconnect us with God. Specifically, when we look at our tzitzit we are inspired to embark upon a spiritual journey back to our source; a journey whose goal is to make our lives a “throne” or a “chariot” for the Divine Presence.[5]

The path of teshuvah is long and complex and has to proceed stage by stage. At first, a person who is far from Torah and mitzvot sees the tzitzit and receives a bit of enlightenment from the ocean of wisdom. Then he receives a little more enlightenment and recalls the heavens. Finally, he connects with the soul root of all Jews, God’s throne of glory. In Ezekiel’s vision, the Divine chariot—the deepest of all Kabbalistic secrets—is meant to carry God's throne of glory, which is the source of the souls of the Jewish people.

To reach an awareness of this level represents the highest level of teshuvah. Thus, the power and the segulah (or influence) of the tzitzit are to bring us back to the original source of our soul in God’s throne of glory.

To illustrate the power of teshuvah in tzitzit, Rebbe Nachum alludes to a story that appears in the Talmud.[6] The Talmud tells of a Jewish man who heard that there was a prostitute in a distant land who was so beautiful and popular that she charged 400 gold coins for a meeting with her. The man sent her the money and set a time to meet her. When he arrived there, he saw that she was indeed the most beautiful woman he had ever seen. Then he ascended a seven-story bed that she had prepared for him. But, suddenly he became aware of his tzitzit and was struck by them into a sudden sense of teshuvah. He told her he could not go through with what he had come for and sat on the floor. She too sat on the floor in front of him and swore that she would not let him leave unless he would tell her why he found her disagreeable. He told her that it had nothing to do with her, that he had never seen such a beautiful woman, but that God had commanded us with the commandment of tzitzit, and in commanding it He told us twice that He is our God, referring to the fact that He gives both reward and punishment.

The man left and the prostitute was so impressed by his actions and sudden change of mind that she decided to convert to Judaism. She split her belongings three ways, giving a third to charity, a third to the government (ostensibly to let her leave and travel to the land of Israel to convert) and took the final third with her. She came to the land of Israel to the court of Rabbi Meir,[7] where she converted and sought out and eventually married the Jewish man who had impressed her so much (who himself was a student of Rabbi Meir).

From this story in the Talmud, we learn that not only do the tzitzit have the power of teshuvah, they also have the power to free sparks of holiness from wherever they have fallen. Not only did the tzitzit make this Jew do teshuvah, but by revealing his essence, they inspired the prostitute to convert to Judaism. It is also relevant that it was Rabbi Meir who revealed the inner power of the tzitzit since an astounding story about him as a young man and how he took upon himself teshuvah appears in the second part of Seder Hadorot. The Talmud relates how he saved a Jewish girl from captivity and being placed in a house of prostitutes.

As can be seen from these stories, Rabbi Meir himself is an example of lights of chaos (related in particular to sexual passions and the ability of the tzaddik to elevate profane love to holy love, as taught by the Ba'al Shem Tov), the lights that bring the Mashiach. In fact, he calls himself the Mashiach.

The reason for this difference can be understood from the different nature of tefillin and tzitzit. The tefillin in this respect are described in the Talmud as the “tefillin that are in your head,”[8] not “the tefillin that are on your head.” Tefillin imbue us with Divine consciousness, in and within our minds. The tzitzit, however, are a garment worn over the body. By enveloping us, they interface with the rest of the world and transform it.

[7] See Tosafot there, s.v. To the study hall of Rabbi Chiya.

[6] See Tosafot there, s.v. to the study hall of Rabbi Chiya