Has the Time for the Redemption Arrived? 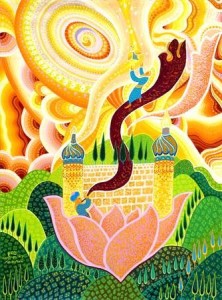 Can We Calculate the Date of the Final Redemption?

The question of when Mashiach will come is one that has accompanied the Jewish People throughout its history, especially during times of exile, war and anti-Semitism. Is there any calculation we can do to help us discover when all this will come to a happy end and Mashiach will finally arrive? In the Bible itself we already find hints to the elusiveness of the date of the final redemption. The sages relate that before his passing, Jacob prophetically saw the date of the final redemption and wanted to reveal it to his sons, saying, “Gather around and I will tell you what will happen to you at the end of days,”[1] however, as soon as he said that, the end was concealed from him and he was not able to reveal it.[2]

Of all Biblical figures, Daniel is the one who stands out the most in his wish to know “the secret end”[3] but, the answer he receives is in the form of a cryptic riddle and he says, “These things are closed and sealed until the time of the end of days.”[4] The sages even warned against trying to calculate the date of the redemption with the sharp statement, “Those who calculate ‘ends’ should breathe their last breath!”[5]

Nonetheless, many great sages throughout Jewish history have occupied themselves with this “dangerous” occupation. An example of a sage who was opposed to such calculations is Maimonides who explains in his writings why it is not necessary to calculate the date of the final redemption, and might even be detrimental to do so, because it encourages false messiahs and may result in dismal disappointment. Nonetheless, in that very same treaties Maimonides offers his own calculation of the date of the final redemption, as if he just couldn’t help himself…

From the opposite perspective, knowledge of when the redemption will arrive can be encouraging and strengthen our faith and our anticipation of better times, and can motivate us to make a proactive effort to help it happen more quickly.

Many such predictions of the date of the final Redemption have already been and gone, and we have arrived at the 5775th year since the world’s creation and Mashiach has not yet come. But, if we do things right, this year could be a very auspicious one. It might even be the year of the final redemption!

Generally speaking, there are a number of Kabbalistic and Chassidic writings that claim that there are verses in Exodus that allude to the date of the final redemption. However, particularly remarkable for us this year, is the tradition that Rebbe Shneur Zalman of Liadi (over two centuries ago) said that this verse alludes to this year, 5775.

The verse states, “And out of the one thousand seven hundred and five and seventy [shekels], he made hooks for the pillars; and he covered their tops and banded them.”[6] How does this verse relate to the date of the final redemption?

The way this allusion is deciphered is as follows: the number that appears in the verse, 1775, relates to the millennium that followed the destruction of the Second Temple (which took place in the fourth millennium, in year 3828). The Zohar states clearly that this millennium—years 4000 to 5000—is one thousand years in which the Jewish People is “in the dust.”[7] Adding another 775 years to this calculation, we reach this year, 775 years into the sixth millennium, 5775.

From our position at this stage in time, it becomes clear retroactively how the irregular order of the numbers in the verse are perfectly aligned with our history: first comes “The one thousand”—the first millennium of exile (4000-5000); then “and seven hundred,” another seven centuries until the year 5700 (1939-1940) in which the terrible holocaust began; “and five”—alluding to the five years of the holocaust (5700-5705), which was a time when God concealed His providence for the Jewish People; “and seventy”—these are the seven decades since the holocaust to our present day (5775), which with God’s help should be the year of redemption. All that is left to say is “Amen! May it be God’s will.”

The truth can be said that it is not our custom to occupy ourselves with calculating possible dates for redemption, because we are commanded to “Be sincere with Havayah, your God,” as Rashi interprets, “Walk with Him in sincerity and anticipate Him and do not research the future.”[8] Nonetheless, since such a clear allusion has come our way, we can certainly relate to this allusion to discover what it means to us, and what we can learn from it. In order to do so, we need to look at the original context of the abovementioned verse.

In the verses that precede this verse, Moses gives his account of what he did with the contributions that were donated for building the Tabernacle. Each of the Jewish People gave a coin that weighed one half of a shekel (a Biblical measure of weight), and all the silver that was collected was used in the construction of the Tabernacle. The half shekels of 600,000 people totaled one hundred talents (each talent weighed 3000 shekels) from which the silver sockets for the pillars of the Tabernacle were molded. But, the exact census of Jewish People was 603,550, so there remained another 3550 half shekels, i.e., 1775 shekels, from which Moses made the silver hooks at the top of the pillars and coated the tops of the pillars and their bands, as mentioned in the verse. What is the inner meaning of this?

The number 600,000 symbolizes the wholeness of the Jewish People and therefore was emphasized at the Exodus, at the Giving of the Torah, and at the entry into the Holy Land, which took place while this was the total of the census. From a Kabbalistic perspective, this number reflects the soul roots of the Jewish People throughout history, and even though today there are millions of Jews around the world, thank God, and may there be ever more, nonetheless the basic number remains 600,000 soul-roots, which divide into branches and sub-branches. Jewish souls have a close connection with the Torah, as the Zohar states, “Israel are connected to the Torah and the Torah is connected to God.” Just as there are 600,000 Jewish souls, so too “There are 600,000 letters in the Torah” (יֵשׁ שִׁשִׁים רִיבּוֹא אוֹתִיוֹת לַתוֹרָה), a fact that itself alludes to the connection with the Jewish People, since the initial letters of the Hebrew phrase spell out the name “Israel” (יִשְׂרָאֵל).  So, every Jew has their own letter in the Torah (and this is where Rabbi Menachem Mendel Schneerson, the Lubavitcher Rebbe, drew the inspiration for the wonderful idea of writing a Torah scroll for the entire Jewish People, in which every Jew can buy their own letter.)

But, what about the remainder? Those 3550 remaining souls who we don’t usually pay much attention to? There is an amazing Midrash[9] which relates that when Moses gave his account of how he had made use of all the donations, when he reached this remainder, he couldn’t remember how he had made use of it! Moses was so worried that the skeptics would think that he had desecrated their heartfelt donations by using the silver for his own use, God-forbid, that he was miraculously reminded of how he had used them.

Moses gave the Torah to the People of Israel and as such he saw in the Torah the letter associated with each Jewish soul, but why did these Jews slip his mind? Rabbi Moshe Sofer (author of the Chatam Sofer, a great teacher of Jewish law) said that those 3550 “surplus” souls don’t have a corresponding letter in the Torah scroll!

Can this mean that there are some Jews who have no connection to the Torah and are so distanced from the Torah, that there is no hope for them, God forbid? Although it might seem to be this way from a superficial perspective, contemplating those souls more carefully we discover that when even Moses could not remember how they were connected to the Torah. It was God Himself who reminded Moses where their contribution to the Tabernacle was located. This means that these special souls have a direct connection to God that bypasses the connection with the Torah and can suddenly be revealed in them when God Himself gives them a personal reminder of their Divine soul-root.

When we connect this idea with the fact that the verse that alludes to these souls also alludes to the date of the final redemption, it becomes clear that the secret of the redemption is hidden in those very same Jewish souls!

True, our regular relationship with God flows via the Torah and the commandments, and someone who does not keep the Torah detaches themselves from this veritable lifeline to God—however there is another innate, hidden relationship that manifests in the direct connection between these Jewish souls and God. This unique channel of communication operates even when it bypasses the official relationship via the Torah (this is because the highest and most innate source of Jewish souls is higher than the source of the Torah). This is the relationship that is revealed by Jewish individuals who are suddenly “turned on” to Judaism at some later stage in their lives to become full-fledged ba’alei teshuvah (returnees to God and His Torah). Their souls are “reignited,” as it were, from the point of their most profound connection to God. Once the connection has been reestablished, the individual can begin to nurture their relationship to God via the Torah (a relationship that it is forbidden to abandon!).

The power of these ba’alei teshuvah is that which will arouse and inspire us all and transform us all into ba’alei teshuvah on the public scale and: “The Torah has already promised us that the Jewish People will eventually do teshuvah at the end of their exile and immediately be redeemed.”

This means that this year—5775—is an excellent opportunity for us to bring the redemption. The fact that a calculation of the final date of redemption exists for this year should arouse us to make every deed we do count. In practice, it is our task to take a proactive stance, doing all we can to reach out and “turn on” as many Jews as we can to return to their soul root and, moreover, we need to achieve teshuvah not only on the personal level but also on the public level, in a way that will allow for the Jewish People to conduct a Jewish life in their own land. This is the type of teshuvah that will bring the redemption closer.

So, when will Mashiach come? The calculations allude to this year, with God’s help. However, Mashiach himself has already answered the enigma more precisely, “Today, if you listen to His word.”[10]

5782: Numbers and Meanings for the New Year

5782: Numbers and Meanings for the New Year Rabbi Yitzchak Ginsburgh Elul 5, 5781 • Kfar Chabad As per the Alter Rebbe’s metaphor capturing the essence of

The new year that has just begun is the

A Blessing for the Jewish N...

Secrets of the Jewish Year Holiday Messages and Meditations

To all the sons and daughters of Israel, wherever

“God’s secret is for those

The Prayer that Paved the Way ...

Saul was obsessed with killing