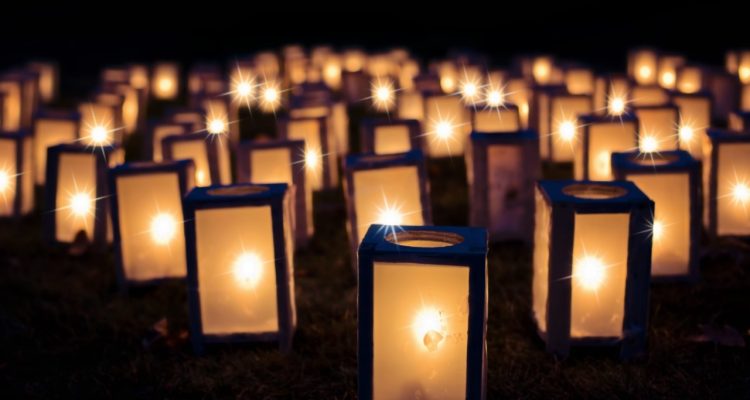 The Source of Om and Eastern Wisdom

“And to the children of Abraham’s concubines, Abraham gave gifts, and he sent them from before Isaac his son, while he was still alive, to the east, to the land of Kedem.”[1]

Rashi, the classic medieval commentator on the Torah, explains that the gifts Abraham gave the concubines’ children were “a name of impurity” (שֵׁם טֻמְאָה). Thus, it is in this verse that we find the root and source of all the Eastern religions, the religions of “the land of Kedem.” India, for example, is filled with idolatrous impurity—a far cry from Abraham, who started on his path by shattering his father’s idols. Nevertheless, what the Torah is telling us is that even within the depths of idolatrous impurity, a holy spark originally from Abraham is held captive. It is probably not a coincidence that the highest caste in India is called Brahmin, which seems to be an abbreviation of “Abraham.”

Abraham is the archetypal soul of the attribute of loving-kindness. Indeed, the practices of the East cling to love as their instrument of rectification. Abraham’s beloved and most important wife was Sarah, and then there are his concubines (Hagar-Keturah). Likewise, there are levels of love of God: Sarah represents the supernal form of the love of God—a love that is possessed by the Jewish people, and the concubines represent a good form of the love of God that can flourish among the nations of the world. A person who fully and truthfully converts joins the Jewish people, becomes a son of Abraham, and reaches the love of God in its supernal form. A person who wishes to serve God but does not want to fully convert to Judaism should become a Righteous Gentile (חָסִיד אוּמוֹת הָעוֹלָם), who recognizes the authenticity and veracity of Judaism and the Jewish people and walks in the way of Abraham, who was “the father of the multitude of nations”.

A Name for the Impure

What is “a name of impurity” that Rashi says is the gift Abraham gave to his offspring that went to the Lands of the East? On the one hand, a name of impurity sounds like something really negative. But on the other hand, a gift is supposed to be something good, something that is given with a loving eye and with an abundant hand. All the more so when the source of the gift is Abraham himself—the great personification of love!

“A name of impurity” does not mean that the “name [of God]” that Abraham gave them as a gift is itself impure. Abraham would never deceive others into deviating from pure monotheism by persuading them to use a name, or connotation of God[2] that is impure. No. The name Abraham gave as a gift is a true connotation of the one God—it is even considered one of God’s holy Names. But unlike other Names and connotations, this particular name, under certain circumstances, can be uttered even by those whose faith and actions are still blemished. In other words, this name may be used by the nations of the world that have not yet merited the light of the pure faith of Israel. It was a name for the impure not an impure name.

Apparently, the name for the impure that Abraham gave them and that reached the East is related to Om (or Aum). It is considered a sacred syllable or invocation and is the primary symbol of eastern religions (Hinduism, Buddhism, Jainism, and others). Indeed, this symbol and sound’s origin is found in the ancient “Name of Seventy-Two Letters” (mentioned in the Zohar[3] and the Mishnah[4]), which is composed of 72 groups of 3 letters each. One of these triplets in Hebrew is made up of the letters alef, vav, and mem (אום).

The meaning of Om (אום) can be further understood by considering its numerical value of 47, which is also the value of “nullification” (בִּטּוּל). Abraham taught that the entire reality of the world is nullified before the Creator and that man must also nullify himself before God’s will. Interestingly, the Eastern religions are well-aware of nullification, but they ascribe it to God, imagining Him as a nothingness that is above all being (the opposite of the truth, which is that God is absolute being) thus engarbing their minds in a garment of impurity.

Nevertheless, a holy spark from the name of 72 continues to hide within this impurity—a holy spark that connects those meditating or uttering this name with a glimmer of nullification to God. Ultimately this spark will emerge from its impure garment and return to its source, thereby transforming the religions of the East.

In conclusion, the redeeming power of this name for the impure is that it brings about a recognition and internalization of the true holiness of the Almighty from where it originates and bring about a true level of self-nullification before God’s holiness. It is not necessary to travel to India to look for gifts there. You can go straight to the source. Ultimately, everybody will get there.

Image by Jill Wellington on Pixabay

[2]. For more on the differences between God’s Names and His connotations, see What You Need to Know About Kabbalah, pp. 125ff.