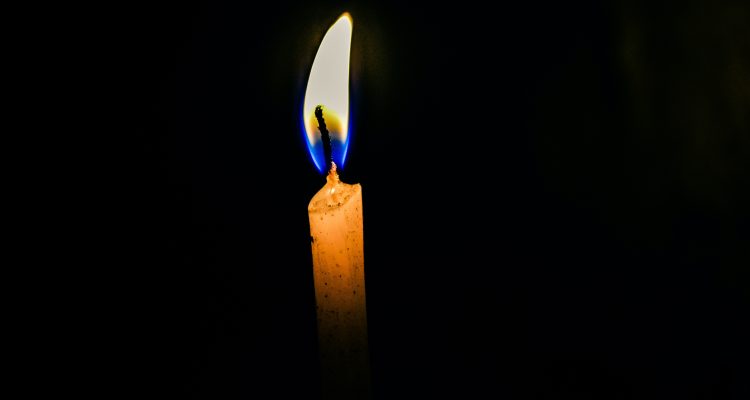 Light Unto the Nations: Chanukah, the Tenth of Tevet and the Judaism of the Future – Part 3

If the eight days of Chanukah parallel the first eight days of Adam’s holiday, then his complete, sixteen day holiday ends on the Tenth of Tevet. Here, the connection to the universal horizon of the Torah is the most obvious. The Tenth of Tevet is the holiday of Adam, father of all humanity. It was inherited by his descendants and is celebrated throughout the world.

But before we mourn the finality of Judaism’s loss of universalism, let us remember the words of the prophets who say that all four fast days connected to the Temple will become celebrations:[1]

For the Jews, the Tenth of Tevet is a day of mourning over the miscarriage of the universal horizon of Judaism: but if we just open our ears, we will be able to hear how deep inside, as in the brain of an inventor, the universal vision is once again being woven. One day, it will burst forward and be rediscovered. Perhaps in the future, the Tenth of Tevet will be a day to commemorate the removal of the siege from the Jewish Temple (for which, in a certain way, we are also responsible today) – the opening of the gates of Judaism to spread its light to the entire world.

How will the future holiday of the Tenth of Tevet look? How will it be celebrated? We have no sure way to know, of course, for we do not have prophets to tell us what the future holds. But we can propose a Jewish agenda that will be decided upon by the generations of the future. Certainly, we can do this regarding the spiritual level, the level of consciousness and contemplation:

In the future, the holiday of Chanukah will be lengthened for an additional eight days – parallel to the second half of Adam’s holiday – so that the festival will end on the Tenth of Tevet. Chanukah and the Tenth of Tevet will be one “Festival of Lights”, which will be predicated on the transition from the approach of the war of light against darkness to the approach that transforms darkness to light, until everything is illuminated.

Another tradition as to what we can anticipate at the End of Days helps us to weave this dream. In the future, the House of Hillel (or their spiritual descendants) will accede to the House of Shamai and Jewish law will be determined according to the rulings of the House of Shamai.[2]

How is this connected to our topic? There is a fundamental dispute between the House of Hillel and the House of Shamai over the method of lighting candles on Chanukah:[3] Today, we follow the ruling of the House of Hillel, according to which one candle is lit on the first night of the holiday and then another candle is added every consecutive night until we light eight candles on the eighth night of Chanukah. According to the House of Shamai, on the other hand, we begin with eight candles and then subtract one candle per night until the final night of Chanukah, when just one candle is lit. One of the explanations for the House of Shamai approach is that it adjusts the amount of light to the amount of darkness that still needs to be eliminated: At the beginning of Chanukah, there is great, powerful darkness and thus we have to increase the light. But as the holiday progresses, the darkness decreases and thus, we need to light fewer and fewer candles.

The Beit Hillel approach corresponds to the first eight days of Adam’s holiday, when the darkness increases and must be balanced by the addition of light. And the Beit Shamai approach corresponds to the last eight days of Adam’s holiday, in which the light increases and needs to be balanced less. If we connect this to the tradition that in the future, the law will be decided according to the House of Shamai, we can actually apply both approaches consecutively: Immediately after the eight days of Chanukah when we add a candle each day, we will continue to light candles for another eight days – this time subtracting a candle a day, according to the ruling of the House of Shamai. Chanukah will be a holiday of increasing light and decreasing light, coming full circle from the first day to the last day, when just one candle will be lit.

Beyond the fact that this solution will very much reflect the famous heavenly voice that rang out and said, “both of these approaches are the words of the living God,”[4] and beyond the fact that this lengthened festival will precisely reflect the holiday of Adam, its final day will also unite with the day that – more than any other day – symbolizes the universal horizon toward which Judaism should strive: the Tenth of Tevet. Chanukah will ensure that we do not forget the past and its heritage, as the holiday that commemorates the wars fought by the Jewish people against the ruling cultures and their unrectified teachings.  On its eighth day, it will transition into a holiday that symbolizes world peace, acceptance of the truth to be clarified in the wisdom of the nations and the dissemination of the Torah to all peoples.

From Separatism to Rectification

The unification of Chanukah and the Tenth of Tevet is highly significant. It presents us with a two-staged process in the relationship between Judaism and the cultures of the other nations: separatism and rectification.

The stage of separatism exists today and is embodied by Chanukah: Chanukah conveys the message of distance from negative, ‘dark’ elements in the cultures of other nations, and esteem for the Torah’s qualities. This is an important holiday that allows us to connect to the unique preeminence of the Torah and Judaism. But the ultimate purpose of separatism is to leverage a double process of clarification of the cultures of the world (finding the points of good and truth in those cultures and adopting those points) and the dissemination of the light of the Torah to the nations of the world.

The second set of eight days would be the stage of rectification. These days will convey the unification of the Torah with the clarified wisdom of the nations and the rectification of world cultures until they will all shine with Godly light. For this reason, there will be less need for illumination on the part of the Jews. At its apex, on the worldwide holiday of the Tenth of Tevet, we will light one candle – a symbol of the simple faith in one God and the unity of all those who believe in Him – faith that spread from Israel to the entire world.

Rabbi Berish of Biala: Wise at...

The month of Av is