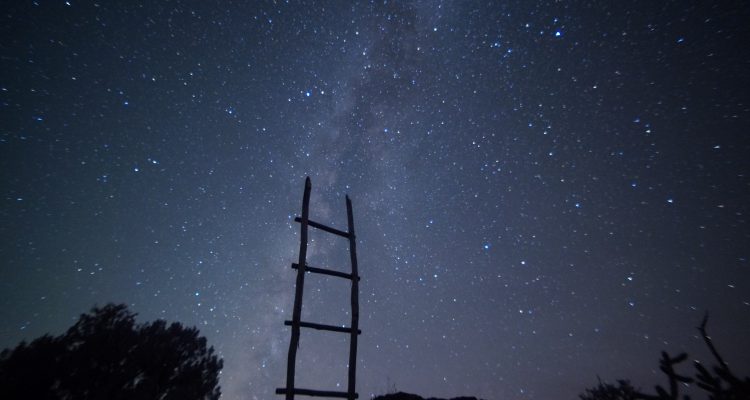 The Ascent of Humanity: Part 2

The Ladder of Human Ascent

The Fourth Revolution requires a graded ladder upon which all of humanity can ascend. Actually, the ladder already exists. The Jewish people were selected to grow out of the entire family of nations. This didn’t happen all at once. It took several generations. The path that the Jewish people followed is the ladder that we can offer every individual and to humanity as a whole.

The first and second rungs of the ladder represent the fact that we are all sons of Adam and sons of Noah and we are all obligated by the seven Noahide commandments, which we reviewed earlier. This is the background upon which Abraham, the first Jew, appeared. Abraham publicized the belief in the One God and taught the world about altruistic acts of kindness. God called Abraham, the first patriarch, “the father of a multitude of nations.” Sons of Noah are invited to climb higher and identify with Abraham and thus progress to the level of Sons of Abraham.

Just as Abraham, the first patriarch, represents the next rung on the ladder of ascent, so too his son and grandson, Isaac and Jacob, the other two patriarchs. Together, the three patriarchs parallel the three pillars upon which the world—in its entirety—stands: Torah, Divine service, and acts of kindness.

Abraham taught the world to act with charity and justice. He is the pillar of loving-kindness. Isaac added inward-directed Divine service and prayer, symbolized by the wells he dug deep into the earth. Isaac’s service is carried out with contemplation and emotional devotion. And thus, whoever identifies as a Son of Abraham is encouraged to strive further to become a Son of Isaac, serving God with fear, awe, and joy.

On the next rung on the ladder, we find the Sons of Jacob. These are the people who feel that the Fourth Revolution in Torah study is calling them. They sit and study Torah, just as Jacob sat and studied Torah in the tents of Shem and Ever; Shem and Ever themselves were not Jews.

These five levels—Adam, Noah, Abraham, Isaac, and Jacob—are the rungs on the ladder of human ascent that preceded the birth of the Jewish people. These are the five levels that we must present to humanity, inviting each and every person to ascend the ladder, level by level: To become a Son of Adam, and then a Son of Noah and then a Son of Abraham, a Son of Isaac, and finally, a Son of Jacob. Finally, to those who wish to climb up another rung on the ladder and fully join the Jewish people, we say: the door to conversion according to Jewish law is wide open.