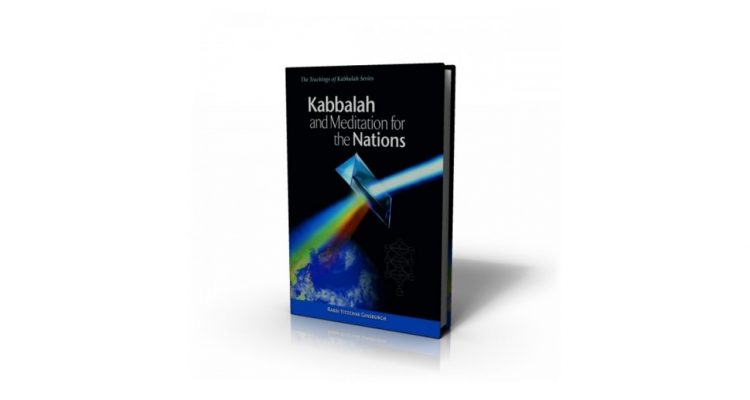 The concept of the Fourth Revolution and teaching Torah to the nations of the world elicits many questions, particularly among those who are working, boots on the ground, with non-Jews. One such person is Rabbi Daniel Tzafon, who teaches Torah in Spanish over the internet. There is great interest in Torah study in South America and Rabbi Ginsburgh’s students have created a number of channels through which they teach Torah in Spanish on a broad scale.

Recently, Rabbi Daniel Tzafon met with Rabbi Ginsburgh to discuss the proper approach to teaching Torah to non-Jews. The following are translated excerpts from their conversation.

Rabbi Ginsburgh: I have heard much about your activities. May the students and people receiving your influence always increase – so that the light will reach the entire world.

R’ Daniel: I feel that there is a problem of lack of identity for non-Jews learning Torah. What will be the positive identity of those non-Jews who receive the Torah’s influence and observe the Seven Noahide Commandments? People love to learn the teachings of the sages, Torah verses and then ask, “What about me?” When some of these people were practicing their previous religion, they were praying three hours a day, or fasting – and now we call them Noahides and tell them just not to eat parts of a live animal, only what not to do. It is not enough.

A second question, even more important: What culture will these people have? Judaism has a cultural framework of customs etc. For example, I prayed the evening prayers in a synagogue here. I come in and know how they pray, what I am supposed to say, what I am not supposed to say, how to move. Every religious movement has a culture and a path – how to sing, what to do, etc. But these people are now exposed to new content, to new ideas, and they have nothing else – no culture that explains ideas – besides the Torah that they are learning. When a group of Noahides meets, how are they supposed to pray? Should they lift up their hands or not? Should they sing in this tone or that? This may seem trivial, but it is very significant.

Rabbi Ginsburgh: Yes, many ask about this. We have a book called “Kabbalah and Meditation for the Nations.” There are some answers there regarding how to pray, customs, etc. Some have suggested writing a Code of Law for them

R’ Daniel: And two or three have been written…

Rabbi Ginsburgh: We are not only talking about that. You are speaking of strengthening a Noahide as a Noahide. That is very important, of course. But we are referring to something beyond that – to arouse them, in general, to draw near to the Torah, to the Giving of the Torah.

R’ Daniel: And to convert?

Rabbi Ginsburgh:  Yes. Of course, only those who are truly relevant to conversion. Even if one in a thousand converts, it is a great accomplishment, as is written: “One thousand enter into the (study of) the Torah, one hundred come out of them, ten come out of them, one comes out of them.”[1] How many of them will actually convert? We cannot know right now, not until the revolution will gather momentum. But first of all, the world will find pleasure in the light of the Torah. Someone sent me a very nice quote from the Yaave”tz chassid, who tells about the author of “Or Hashem”, Rabbi Chisdai Karashkesh, who sanctified the Name of Heaven and many of the kingdom’s ministers “became Jews in their hearts.” We do not know what happens in the heart of a non-Jew, but we can assume that if this idea is disseminated it will reach masses of people and illuminate their hearts. What will happen after that? We do not exactly know.

Regarding bringing non-Jews to Torah and conversion there is a problem that we must note: The non-Jew sees the Nation of Israel and the State of Israel as one entity. The state is not identified with the Torah. This can be very confusing. With whom is he supposed to identify?

R’ Daniel: In general, the non-Jews who are coming close are people who know the Bible. They want to see the prophecies become reality and generally identify this with the State of Israel. There are many non-Jews who are called “lovers of Israel.” There are even churches that are beginning to turn into all sorts of ‘pre-synagogues’. They all hang an Israeli flag on their wall. That is the first thing that they do. This shows that they see the lofty heights of the Nation of Israel.

Rabbi Ginsburgh: Yes, this is what it says in Megillat Esther “And many of the nations of the land became Jews.” After they saw the greatness of the Jews. Excellent.

R’ Daniel: The practical question is what to do with the conversion. There are many conversions today, perhaps more than ever. And there is a claim that the majority of those who have converted do not keep the Torah and mitzvot. For example, converts from South America (from what I see), there are those who truly wish to observe the mitzvahs – but there are others who primarily seek the status – to be the chosen nation. There are many castes or classes in South America. If you ask someone in Columbia where he is from, he will answer that he is from Columbia but will emphasize that his parents are from Spain. America has to close its borders so that people from South America will not enter because the dream there today is to be an American. Conversion is based on the same phenomenon. Religion is very significant in those countries, and now it has become important to be a Jew. I always thought that this was a reason not to encourage conversion because I saw this as a sort of David and Solomon.[2]

Rabbi Ginsburgh: In those countries, there is a chance that perhaps they are of Jewish lineage, descendants of the conversos. It is said that it is impossible to know how many millions are there.

R’ Daniel: They also know that they should tell that story – my grandfather…my grandmother in the conversion court. There are places like Columbia where they delay conversion very much because of unpleasant cases such as these. There are those who are rejected and then they come to a particular conversion court here in Israel to convert.

Rabbi Ginsburgh: It is hard to blame the rabbis, but a rabbi who does conversion has to be very, very wise and very sensitive – almost at a level of ruach hakodesh – to know who should be allowed to convert and who should not.

R’ Daniel: If I encourage conversion now, I can bring one thousand conversions in a year – I’m not exaggerating. Perhaps even more. It is not difficult to bring in converts.

Rabbi Ginsburgh: There is a dispute as to what to do first – the Sanctuary or the vessels.[3] Betzalel was of the opinion that first the sanctuary must be built, so that there will be a place for the vessels. Moses thought otherwise, but ultimately he agreed with Betzalel. Here as well, along with the conversion, a place must be prepared to integrate the converts.

There is an expression of one of the righteous Rebbes, the Admor the Tzemach Tzedek who said, “I am a hatter,” I make hats in all sizes and every person comes and measures and takes the hat that fits him. There is a certain stage in which the product is made so that all those who are interested can come and get it, can taste it. Dissemination of the Torah is one stage. Preparation of the vessels in which to receive many converts is another stage. To do this, one has to be the prime minister, to prepare the infrastructure. If they would want, and if it would be according to the Torah, it would be very good to accept one thousand converts. Why not?

At a time that is very good for the Nation of Israel, there is a doubt cast upon conversion, for perhaps people wish to convert not for the sake of Heaven. Just like they wish to get to America, they wish to get to Israel. Thus, “the left arm rejects” is also needed, in order to clarify and ensure that the conversion is true. It is written, “It should always be that the left rejects and the right brings near.”[4] This is true not only for converts, but is a rule for many things. Regarding conversion, it is explicitly written in the Talmud that one begins with the left that rejects.[5] We say to them – your status is not going to improve. From a certain standpoint, it will only get worse. The People of Israel are persecuted, you will not have a good life materially, externally. If they accept this, we tell that that in the inner dimension they will reach a much better place.[6]

R’ Daniel: The question is, if we encourage conversion, where is the “left that rejects?”

Rabbi Ginsburgh: That was the intention in bringing the Tzemach Tzedek’s parable about the hats. It is good to disseminate Torah in order to arouse the soul until the person comes of his own volition to convert. That is one thing. But I do not immediately tell him to convert. Let us sit, let us go through the process. Today, it is impossible to tell someone that it is written in the Shulchan Aruch (Code of Jewish Law) that a Jew is downtrodden. Today, Jews are not so downtrodden, thank God. On the other hand, if it makes any difference to anybody, Jews are still persecuted. That is also an advantage – “God will seek the persecuted.”[7]

Rabbi Nir Menussi: The Rabbi is saying that there is a difference between encouraging conversion – which we do not do. But we do disseminate and teach Torah, and that is like an open invitation.

We have to think of examples. Our exemplary person is Abraham. He publicizes God in a world that is filled with the coarsest of idol worshippers. He speaks with them about the lofty concept of One God. He wants the idea to get out to everybody. Some join him, “the souls that they made in Haran”[8] It is not clearly written how they made these souls. According to the simple meaning, Abraham fulfilled “And he called in the Name of Havayah, God of the world.”[9] Everyone who so desired came and joined in. We have to do what Abraham did. He did good deeds for them on the material plane. After he gave them to eat, he told them to bless God. He even coerced them: “Bless God or pay”.[10] He also conducted himself with might.

You can purchase Rabbi Ginsburgh's book, "Kabbalah and Meditation for the Nations" here.

[5] Yevamot 47a. “A convert who comes to convert in this time, we say to him, ‘What did you see that you came to convert? Don’t you know that the People of Israel at this time are miserable, rejected, debilitated and distraught, and hardships are coming upon them? If he says, ‘I know and I am not worthy of it’ we accept him immediately.” Also see Rambam, Hilchot Issurei Bi’ah ch. 14. Shulchan Aruch, Yoreh Dei’ah 268b.

[8] Genesis 12:5. Rashi explains “He brought them in under the wings of the Shechinah. Abraham converted the men and Sarah converted the women. And the Torah refers to this as if they made them.”