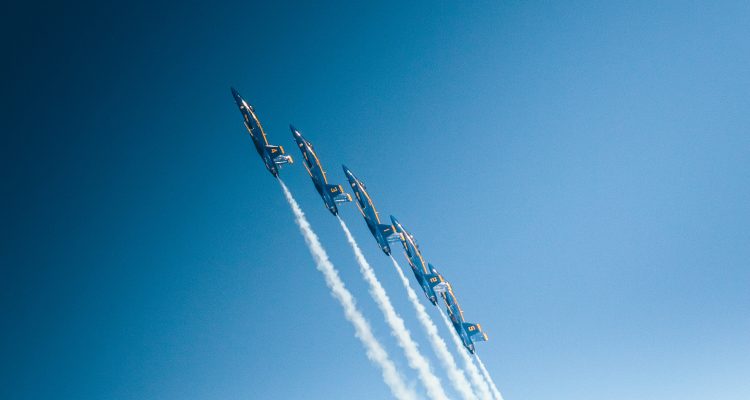 Ascent of the Generations

A translated excerpt from Rabbi Ginsburgh’s words at the Torah Achievement Award Ceremony on 7th of Av 5779, August 8th, 2019.

The sages say that the first four books of the Pentateuch were articulated by Moses, “from the mouth of Might” (מִפִּי הַגְּבוּרָה), referring God’s mouth, as it were. By contrast, Deuteronomy, the fifth book of the Pentateuch was related, “from his own mouth.” (מִפִּי עַצְמוֹ). On the other hand, “All of it is Torah, and Moses said it from the mouth of Might,” and as Mainomides writes, “Whomever says that Torah is not from God – even one verse and even one word – if he says that Moses said it on his own, he disbelieves the Torah.”[1]

How can we explain the discrepancy? There are two different levels involved in the Torah’s revelation. The first four books of the Pentateuch are prophecy of the highest level – the prophecy of Moses, the master of all the prophets, who prophesied through a transparent pane. In this form of prophecy, God’s word descends from Heaven in its purest form, from above to below, only ‘passing through’ Moses as a conduit. The fifth book, on the other hand, the book of Deuteronomy, was articulated by Moses with ru’ach hakodesh, the holy spirit (as per the Tosafot’s explanation of what the idiom, “from his own mouth” means[2])  which gushed forth from below to Above. It is the word of God that enclothes itself in Moses and flows from him, from his personality and intellect and described as, “the Shechinah [Divine Presence] speaks from Moses’ throat.” The book of Deuteronomy, also known as Mishneh Torah (literally, “a review of the Torah”) is the root of the Oral Torah, which ascends from below to stand facing the Written Torah. Amazingly, the numerical value of “from the mouth of the Might” (מִפִּי הַגְּבוּרָה) together with that of, “from his own mouth” (מִפִּי עַצְמוֹ) is 687, identical to the value of “prophecy” (נְבוּאָה) and “holy spirit” (רוּחַ הַקֹּדֶשׁ).

What is the root of the difference between the first four books of the Torah and the fifth? Moses conveyed the first four Books of the Torah to the generation of the desert. He conveyed the book of Deuteronomy to the generation that was about to enter the Land of Israel. The generation of the desert is described as, “a generation of knowledge” (dor dei’ah), belonging to Moses, who is described as the inclusive faculty of knowledge of the entire Jewish people. Their souls were souls from the World of Emanation and it was fitting for them to receive God’s word in a heavenly and lofty manner. On the other hand, the generation that entered the Land of Israel was at a lower level. Their souls were souls from the world of Creation, belonging to the lower leadership of Joshua, the first instance of what is known as the “extension of Moses into every generation”[3] (אִתְפַּשְׁטוּתֵיהּ דְּמֹשֶׁה בְכָל דָּרָא וְדָרָא). That generation needed Torah that flowed from below to above, “truth will grow from the earth”[4] – the word of God that flows from the lower reality with which it was meant to deal.

In the desert (as well as in the exile, which the prophets described as, “the desert of the nations”[5]) we are focused on the creation (through separation) of the Jewish people and with the revelation of God as, “our God,” – “the God of Israel.” Describing this separation from another perspective, the sages explain that the word Sinai is cognate to the Hebrew word for “hate.” Thus, in an otherwise difficult to understand commentary, they explain that at Mount Sinai, hatred descended upon the nations of the world; hatred in the sense of being separated out of God’s special treatment of the Jewish people.

But, once in the Land of Israel, our energies are channeled into revealing God as, “King of the universe,” as the God of all—until His ultimate revelation to all nations, when “the mountain of God’s Temple shall be above all mountains…and all the nations will swarm to it.” Incredibly, the value of “[God of]Israel” (יִשְׂרָאֵל) and “[King of the] universe” (עוֹלָם) also equals 687!

It is a general principle that, the further we are from the giving of the Torah at Mount Sinai, the source of prophecy that descends from Above, the more emphasis there is on ru’ach hakodesh that gushes from below. Actually, the same relationship exists between every generation and the one before it: Torah passed on to us from the previous generation is like prophecy (Torah from Heaven) and our own study of the Torah’s details and applications represent the ru’ach hakodesh of the current generation’s scholars. But this is not simply a ‘generational descent’ from above to below. It is also a ‘generational ascent,’ from below to above, in preparation for the redemption, in which Moses will inspire the entire Jewish people with the power to reveal the Torah’s wisdom, “from his own mouth.” When we see the fulfillment of the prophecy: “I shall pour my spirit on all flesh and your sons and daughters will prophesize,”[6] every individual will merit a revelation of Torah “from his own mouth,” fitting for his or her unique character. As the prophet says, “I have placed the Torah in their bosoms and I will write it on their hearts.”[7] Therefore, “no longer shall a man teach his neighbor nor a man his brother to say: ‘Know God.’ For they shall all know Me, from the least of them unto the greatest of them.”[8]

Photo by Sawyer Bengtson on Unsplash

Eating, Its Disorders, and How...

The Spies described the land