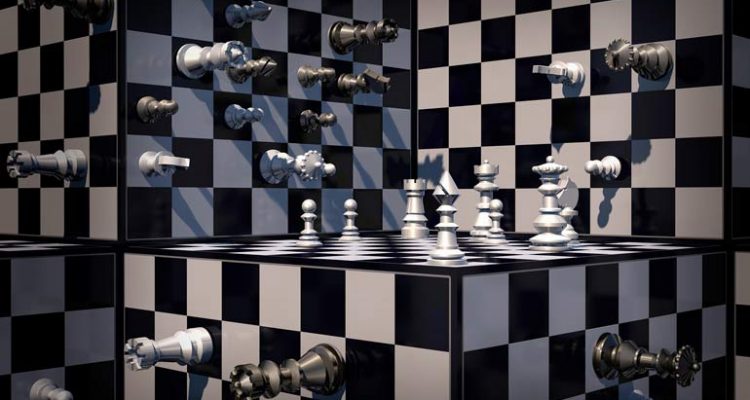 Truly wise individuals have an innate understanding of the psyche

In the Torah portion of Devarim, Moses begins his final speech and directive to the Jewish People before they enter the land of Israel under Joshua’s leadership. Moses reminds the congregation how difficult it had been for him to bear the responsibility of the people alone. To help him in this monumental task, he sought, “[Righteous] men who are wise, perceptive and known [i.e., accepted by their tribe as worthy of being a judge].”[1]

Moses continues to relate how he appointed the men chosen by the people. However, the verse states that they were, “Men who are wise and known.” The missing adjective implies that in practice, the judges who Moses elected were not “perceptive” (נְבֹנִים).

Wisdom is the inspiring power of innovation. It appears like a flash of lightning, something from nothing. In contrast, "understanding" is the power to develop the initial insight to reveal all its details. Rashi interprets perception as the ability, “to understand one thing from another;” something from something.

The Rebbe (Rabbi Menachem Mendel Schneerson), following the Arizal, outlines two levels of understanding. The first level is the power of deduction: a person studies a general rule and is able to deduce the details from that rule. In this case, the individual is inspired by others to develop their ideas and implement them in reality. He does not innovate any new ideas.

This level of perception sufficed for Betzalel, the primary artisan of the Tabernacle. He deduced the specific form of the vessels from the general measurements that he received from Moses. This is a relatively low level of perception.

The second, higher level of understanding is a penetrating form of meditation. By meditating on the object of his study, the truly perceptive individual is able to innovate new ideas of his own.

In Chassidut, this type of revelation is achieved by deeply contemplating the "immanent light" until one perceives the "surrounding light." Similar to the scientific "eureka" experience, by focused meditation on the "raw material" of the world, one suddenly reveals the Divine vitality that is the heartbeat of its existence. This is a quantum leap to a new dimension of understanding.

This is also true if the "object" of our study is another person. By contemplating another individual with compassion, we suddenly come to a new realization about him or her. The Arizal, for example, was so perceptive that he perceived previous reincarnations of the individual's soul. Perception is the profound ability to understand the mysteries of the human psyche.

It was this state-of-the-art perception that Moses sought in the men he appointed.

The judges were wise, i.e. well-versed in Torah law and thus worthy of being judges. They were men of good deeds and virtuous repute. Yet, they lacked the ability to penetrate the psyche of those who approached them. The judges could not modify their response to reflect the deeper needs of those under their authority.

Torah knowledge, impeccable character traits and righteous actions are important virtues that every public official should develop. But, these qualities are not enough to make a good counselor. A mentor needs a deep understanding of human character. Such a counselor is able to offer sound advice that is soothing and palatable to those troubled souls who seek his guidance.

The judges were appointed even though they did not have this quality. Perception may be dispensable in a judge, or in a rabbinical authority. Such individuals must judge according to the reality that they see. A counselor should carefully nurture this essential quality.

Moses sought wise men who are also perceptive; those who can accomplish the dual task of being a righteous judge and a caring mentor. This is expressed in the verse from "Isaiah's Vision" (the haftarah of the Torah portion of Devarim), "And I will restore your judges as at first and your counselors as in the beginning."

The ultimate judge and counselor is Mashaich, who will be the perfect mentor, "And I shall call his name, "Pele Yoetz." Pele Yoetz means "A wondrous counselor." Such a counselor is able to sense the wonder that is infused in every Jewish soul, and offers extraordinary advice to individuals and to the entire Jewish People

One manifestation of perceptive counseling is sensitive timing. When a wise individual offers his or her advice, he or she might offer sound counsel, but if the advice is given at an inappropriate moment, it may do more harm than good. Someone with true perception will take note of “one thing” (his or her friend’s current situation) and understand “another thing” i.e. that this may not be the right moment for the friend to accept his or her advice (however good it may be). In such a case, offering the advice at the right moment is crucial to its success.

Mashiach, the ultimately perceptive individual is just waiting for the right moment to reveal himself to the world.