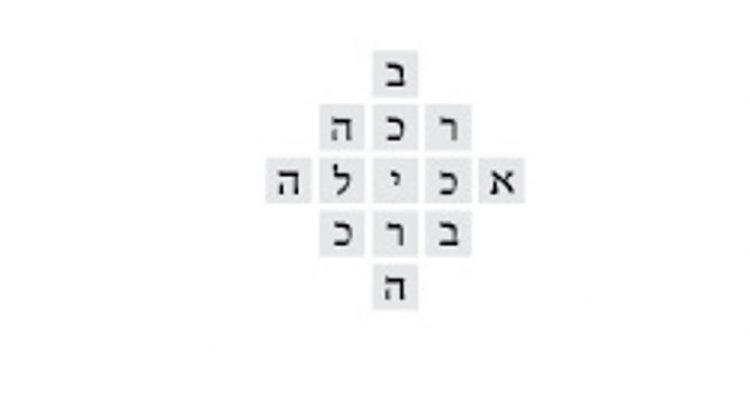 In our parashah, we find the well-known verses, “A land of wheat and barley, of grapevines, of figs, and pomegranates; a land of olive oil and honey” (אֶרֶץ חִטָּה וּשְׂעֹרָה וְגֶפֶן וּתְאֵנָה וְרִמּוֹן אֶרֶץ זֵית שֶׁמֶן וּדְבָשׁ). The sages divide the verse in two. Each part begins with the word “a land” (אֶרֶץ). The first part begins with wheat (חִטָּה), whose value is 22 and there are 22 letters in the first part “wheat and barley, of grapevines, of figs, and pomegranates” (חִטָּה וּשְׂעֹרָה וְגֶפֶן וּתְאֵנָה וְרִמּוֹן). The second part, excluding the separating “land,” is “olive oil and honey” (זֵית שֶׁמֶן וּדְבָשׁ) has 10 letters. The division of 22 and 10 alludes to the beginning of Sefer Yetzirah: “22 letters [of the Hebrew Alephbet] and 10 sefirot.” The Land of Israel and its special produce are the building blocks of reality.

Parashat Eikev contains the commandment to say a blessing after eating a meal. The sages added blessings before eating. When we take the words “blessing-eating-blessing” (בְּרָכָה אֲכִילָה בְּרָכָה) and order them in the form of an interface number, we get:

The corners spell the word “love” (אַהֲבָה), whose value is 13, an allusion to the 13 letters that make up our figure. This is a clear allusion to the fact that eating brings people together. Eating has the power to reveal love between people. If a couple is experiencing marital problems, the first thing to ask them is whether they eat together every day.