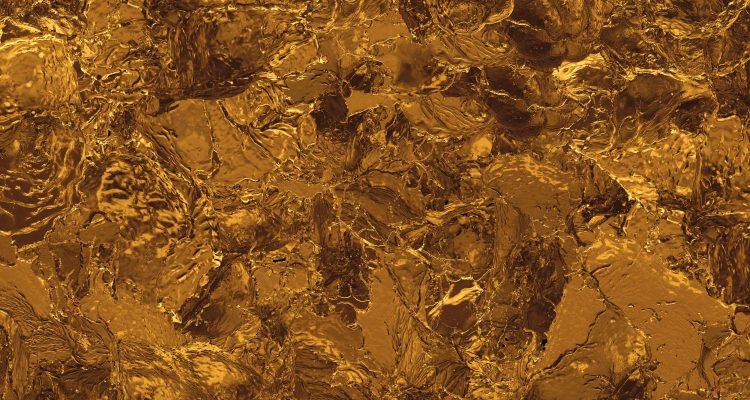 Ha'azinu, Gold, and the Highest Level of Teshuvah

The entire book of Deuteronomy constitutes Moses’ parting words from the Jewish people. He spoke these words[1] during the final 37 days of his life. 37 is the gematria of Abel, Moses’ initial incarnation. Most of Moses’ words in the book are meant to rebuke the people and warn them of the consequences of leaving the path of God and the Torah. As Rashi notes at the outset of Deuteronomy, it is proper for a person to address his family or his disciples in this way when nearing the end of his life.

Following the harsh predictions of 98 punishments that will ensue if the Jewish people transgress, the climax of the rebuke is the song of Ha’azinu, which also alludes to every single individual Jew. The gematria of Ha’azinu (הַאֲזִינוּ) is 79, which is the atomic number of gold. Let us explore this interesting connection.

Real Rebuke is Motivated by Love

For all its negative context and content, the Maggid of Mezritch, the Ba’al Shem Tov’s successor, is known to have been especially fond of the song of Ha’azinu and encouraged every Jew to know it by heart. Such fondness for the song that serves as a rebuke can only be understood if despite its external appearance, the song of Ha’azinu contains an immeasurable quantity of sweetness and delight. This hidden dimension of sweetness in the song of Ha’azinu can be better appreciated if we note that the Book of Deuteronomy concludes with the blessings Moses gave the Jewish people just before his passing. In other words, the rebuke in Ha’azinu serves as a lead-in to Moses’ blessings, and extracts, as it were, the infinite love Moses felt for us, even when he had to rebuke us. Indeed, only someone who feels love for whom they are criticizing should do so. As King Solomon says, “An open rebuke is preferable to concealed love,”[2] indicating that when criticizing there must at least be concealed love, and actually even more: the rebuke is meant to provide a conduit for revealing the concealed love. This principle can also be seen in the composition of the Hebrew word for “rebuke” (תּוֹכֵחָה). The value of this word’s last two letters—chet (ח) and hei (ה)—is 13, which is the value of “love” (אַהֲבָה). Thus, the Hebrew word for “rebuke” can be understood to mean, “with love” (תּוֹךְ אַהֲבָה). Rebuke that is not exclusively motivated by love cannot be heard and is better left unspoken.

Moses’ rebuke was clearly motivated by his love for the Jewish people, for whom he had continuously sacrificed his life, and is dripping with sweetness to those with a sensitive ear. In fact, as explained in the Tanya,[3] there are two levels of goodness: that which can be revealed openly and that which comes from an even higher source but which is too great to be contained by any vessel and must therefore remain hidden within a harsh (and therefore very hard and unbreakable) vessel. Likewise, the love that can be expressed only within the outwardly harsh context of a rebuke is actually higher than that which can be expressed openly. The Tanya explains[4] that these two forms of love are likened in the Bible to silver and gold (or water and fire, respectively). In our present state, love that is likened to gold cannot be attained through our own efforts and must be given as a gift from God above. This is similar to the sages’ understanding that the true purpose of gold will only be revealed in the World to Come, the future state of humanity with the construction of the Third Temple.

Love that is likened to gold motivates what is called teshuvah out of love—a return to God that is motivated by love (rather than fear or awe). The Tanya[5] explains that to truly cleanse ourselves of all past transgressions, our teshuvah must be motivated by love.[6] The time of year that is particularly suited for attaining this level of teshuvah is the Ten Days of Teshuvah, the ten days from Rosh Hashanah to and including Yom Kipur. Most years, parshat Ha’azinu is read on Shabbat Teshuvah, the Shabbat that falls during the Ten Days of Teshuvah.

In short, the inner motivation for Moses’ final rebuke, the Song of Ha’azinu, was his fiery love for the Jewish people—a love that is likened to gold. But, since this type of love cannot be contained in our present reality within anything but a harsh and hard vessel, Moses grants us the opportunity to receive this ultimate form of love through the rebuke of the Song of Ha’azinu. Once Moses has expressed his fiery love for us, he proceeds to bless us in the final Torah portion, Vezot Habrachah.

We have seen that the blessings that appear immediately after parshat Ha’azinu in parshat Vezot Habrachah (literally: “This is the blessing…”), the final parshah of the book of Deuteronomy are made possible by the rebuke of Ha’azinu. Thus, rebuke and blessing, are unified by Moses. Indeed, both were spoken by Moses on the final day of his revealed life in this world. [Moses continues to reappear in a revealed manner in every generation in the soul of the spiritual leader of the generation. The Tikunei Zohar calls this, “the extension of Moses in every generation.”]

If we add the gematria of “rebuke” (תּוֹכֵחָה) to that of “blessing” (בְּרָכָה), we get 666, which is also the triangle of 36 (or, the sum of integers from 1 to 36). 666 is the value of the word יִתְרוֹן, which means “benefit” or “better,” which appears exactly 10 times[7] in the Bible, all of which are in the Book of Ecclesiastes that we read during the festival of Sukot and which more than any other book of the Bible symbolizes the inner experience and spiritual space of the month of Tishrei. The appearance of this word that best relates to the unification of rebuke and blessing (specifically the blessing of Moses that follows his rebuke) is in the verse, “I have seen that wisdom is superior to folly just as light is superior to darkness.”[8],[9]

The first and second verses are almost identical as many of the verses of the books of Kings appear with slight variation in the books of Chronicles. Interestingly, the words for 666 are written differently in each of the three verses.[13]

There is a hidden connection between these verses and our topic of gold. Recall that at the beginning of parshat Re’eh, Moses said, “Behold, I set before you today a blessing and a curse.” In the original Hebrew, this verse has 7 words. Based on the cantillation marks, they divide into 5 words—“Behold, I set before you today”—and 2 words “a blessing and a curse.” The division of 7 into 5 and 2 is the numerical sign of the word “gold” (זָהָב) in Hebrew since its three letters equal 7, 5, and 2, suggesting the simple equation: 7 = 5 ┴ 2. Gold is the subject of the first two verses in which the number 666 appears and this first verse of parshat Re’eh suggests that gold can be either a source of blessing or a source of a curse. This is evident in the context of the Torah where gold is used either for the service of God in His Holy Temple—the source of all blessings—or for the making of the Golden Calf,[14] for the service of a false God—the source of all curses. Since 666 is also the value of “rebuke, blessing” (תוכחה ברכה), it follows that by expressing his fiery love for the Jewish people in the rebuke of the song of Ha’azinu, Moses transformed any curses into blessings.[15]

Photo by Peter Olexa on Unsplash

[1]. The sages describe that in the Book of Deuteronomy Moses’ attained the highest level of his prophecy yet. Whereas in the previous four books of the Pentateuch Moses received the words of his prophecy directly from the Almighty and then wrote them down, during all of his speeches documented in Deuteronomy, the Divine Presence spoke directly out of his own throat. The numerical value of “throat” (גַרוֹן) is 259 or 7 · 37, the number of days during which Moses gave these speeches.

[6]. On the possibility of teshuvah out of love, see Tanya, chapter 43.

[7]. Which naturally correspond to the ten sefirot, the correspondence of which is left to the reader.

[9]. “Light is superior to darkness” alludes to the final verse of the first day of creation, “There was evening and there was morning, one day” (Genesis 1:5). Though the day contains both light and darkness, it is named after the light (“God called the light ‘day’.”) The five verses that describe the first day of creation contain altogether 197 letters. When we compute the value of יתרון in mispar kidmi, it is equal to אבגדהוזחטי אבגדהוזחטיכלמנסעפצקרשת אבגדהוזחטיכלמנסעפצקר אבגדהו אבגדהוזחטיכלמנ = 2561, or the product of 13 (the value of the word “one” [אֶחָד]) and 197, a truly beautiful example of self-reference.

Furthermore, the value of the words “wisdom is superior to folly just as light is superior to darkness” (יִתְרוֹן לַחָכְמָה מִן הַסִּכְלוּת כִּיתְרוֹן הָאוֹר מִן הַחֹשֶׁךְ) is 2701, the same as the value of the first verse of the Torah, “In the beginning, God created the heavens and the earth” (בְּרֵאשִׁית בָּרָא אֱ־לֹהִים אֵת הַשָּׁמַיִם וְאֵת הָאָרֶץ).

[14]. The gematria of “the Golden Calf” (עֵגֶל הַזָהָב) is equal to that of “the power of imagination” (כֹּחַ הַמְדַמֶה), which when unrefined through the study of Torah becomes the source of all idolatry, abominable beliefs, and just plain old nonsensical superstitions.

[15]. Interestingly, it was either on the 6th or 7th of Tishrei that God decreed the punishment for the sin of the Golden Calf (Shulchan Aruch Orach Chayim 580:2 and Magen Avraham ad. loc.). The reading of parshat Ha’azinu on these days suggests that every year Moses rebukes us on these days in order to annul the decree and transform the curse into a blessing.