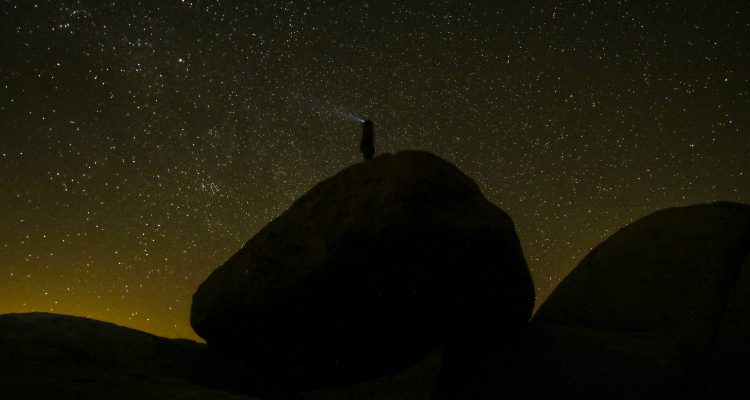 In this week’s Torah portion, Re’eh, (“See”) Moses admonishes Israel: “See, I set before you today blessing and curse.” The holy Or Hachaim explains that with these words, Moses was turning to the Children of Israel, urging them to choose the pleasure of the upper world, and not to be seduced into choosing the pleasures of this world. The word that he chooses to highlight this is Re’eh, “See.” The power of sight is the confirmed identification of the essence of the matter, which in current vernacular is called “sense-based awareness,” or in terms used in Chassidut, “seeing the essence[1].”

In order to truly influence people to choose good, a leader like Moses is needed – a person who “sees” things, who doesn’t only know about matters intellectually, but actually experiences them first-hand – and who infuses the nation with his authentic experience. Many rabbis and educators give classes and teach Torah for many long hours, but their words do not generate any change in most of their listeners, because the lecturer has not personally experienced what he is teaching. He is not lying, but he is not speaking from his own physical experience of the essence of the matter.

Sight is a very lofty sense, corresponding to the sefirah of Wisdom (Chochmah). The loftier the sense, however, the farther down its reach, affording it the option to find expression in a lower and clumsier manner. The sense of sight is the main influencer in our world. Everything around us is visual and tangible. The media stage every statement and idea as a visual production. We can complain about the shallowness of public discourse and the over-simplification of complex ideas, but the advantage of visual presentation is obvious. True, it aims for the lowest common denominator, but by doing so, it reaches not only individual deep-thinkers, but the entire public. As such, Moses (the first redeemer)’s message to the public is sight-based (“Re’eh”). It stems from his own personal sight and experience of both this world and the upper world. Its essential nature opens the hearts of his listeners to internalize his words and adopt them for life. The final redeemer, Mashiach, will also teach Torah with these essential visual tools, based on his personal experience. Seeing is believing. It cannot be denied. It is an unequivocal heavenly sign.

The ‘superficiality’ of the sense of sight is expressed in the attraction that most people feel to ‘heavenly signs’ and their connection to tzaddikim who are said to perform ‘wonders.’ There were Chassidic schools of thought that criticized the attraction to ‘wonders’ as simply getting caught up in superficial ‘tricks.’ This is particularly true of the Chassidut of Kotzk, which is the most bristly of all the emotive brands of Chassidut. In Kotzk they said that the greatest heavenly sign that a tzaddik can perform is to take a wooden block (someone with no inner sense of Godliness) and turn it into a person.

In the more intellectually motivated Chabad Chassidut, heavenly signs – which galvanize the lower, behavioral level of the soul that is enthralled by any breach of the laws of nature – do not bear much significance. Nonetheless, a heavenly sign does heighten our perception, allowing us to “see the essence,” so much so that the Lubavitcher Rebbe said that in our generation, part of the path to bringing the redemption is to publicize heavenly signs.

A heavenly sign encompasses all levels of the soul. On the intellectual level, (Chochmah, Binah and Da’at / Wisdom, Understanding and Knowledge), the clear-cut heavenly sign is a proof (ra’ayah) that is equal to seeing (re’iyah, same letters as ra’ayah), evoking the intellect’s “sense-based sight,” similar to Moses’ sense-based sight of Godliness.

On the emotional level, (Chesed, Gevurah and Tiferet / Lovingkindness, Might and Beauty), a heavenly sign arouses the emotions of love, awe or compassion. The intellectual heavenly sign, which clearly reveals the existence of God, turns the wooden block into a person who can relate to Godliness in his heart.

Ultimately, the heavenly sign is expressed on the behavioral level, (Netzach, Hod and Yesod / Victory, Splendor and Foundation). For those for whom Godliness is tangible, it is easy to change the laws of nature, thereby revealing God’s presence to all.

Photo by Jeremy Bishop on Unsplash