The blessing of the tzadik

Parashat Re’eh begins with a seven-word verse, “Behold, I give before you today blessing and curse” (רְאֵה אָנֹכִי נֹתֵן לִפְנֵיכֶם הַיּוֹם בְּרָכָה וּקְלָלָה). As with other opening verses of seven words, such as the opening verse of the entire Torah, “In the beginning God created the heavens and the earth” (בְּרֵאשִׁית בָּרָא אֱלֹהִים אֵת הַשָּׁמַיִם וְאֵת הָאָרֶץ), each word corresponds to one of the seven lower sefirot. The word of most interest to us is the word “blessing” (ברכה), which is the sixth word of the verse and corresponds to the sefirah of foundation, the sefirah associated with the righteous Joseph and with every righteous individual (tzadik), the conduit of Divine blessing in every generation.

Every Torah portion is divided into seven sections (aliyot) for reading in synagogue and for every section a different member of the congregation is called up to make the blessing over the reading. These seven sections also correspond to the seven sefirot. With this in mind, we will contemplate the sixth section of Parashat Re’eh to discover how the tzadik’s blessings take hold.

There are three topics in the sixth section: the commandment to forfeit all financial loans in the Sabbatical year (shmittah), charity, and the endowment that must be given to a Hebrew servant on his release.

Forfeiting a loan is a great loving-kindness, but it is such a difficult mitzvah to observe that Hillel the Elder made an edict (פרוזבול) that allows for loans to be given and held on to through the seventh year, by transferring the loan to the Beit Din, and thus relieving the individual of the obligation to forfeit the loan. To actually forfeit a loan, one must have a very high soul. Appropriately, this topic contains six verses, corresponding to the sixth sefirah, foundation.

The second topic is the most basic mitzvah of giving charity. The Torah teaches us to open our hearts and hands to needy people. Charity is one of the ten mitzvah campaigns launched by the Lubavitcher Rebbe, and it is the campaign that corresponds to the sefirah of foundation. In fact, each of these three topics is a form of charity (צדקה) and we certainly see here the relevance of their location in the section that corresponds to the tzadik (צדיק).

The third and final topic is the Hebrew servant (עבד עברי), whose release should be accompanied by a large endowment by his master. The verse states, “Endow, you shall endow him from your livestock and from your barn and from your winery that God blessed you with you shall give him” (הַעֲנֵיק תַּעֲנִיק לוֹ מִצֹּאנְךָ וּמִגָּרְנְךָ וּמִיִּקְבֶךָ אֲשֶׁר בֵּרַכְךָ הוי' אֱˉלֹהֶיךָ תִּתֶּן לוֹ). This is called the mitzvah of הענקה, of endowment. All of the items mentioned in this verse are either animal or vegetable and are able to reproduce, which is the essence of all blessings, as God’s first blessing to man, “Be fruitful and multiply.” This also relates to the sefirah of foundation, which in human physiology corresponds to the reproductive system. Furthermore, the first Jewish servant was Joseph, the archetypal soul of the sefirah of foundation.

We see here that like the sixth word of the parashah, the three mitzvot that appear in the sixth aliyah also pertain to the blessing that is paramount in the sefirah of foundation. 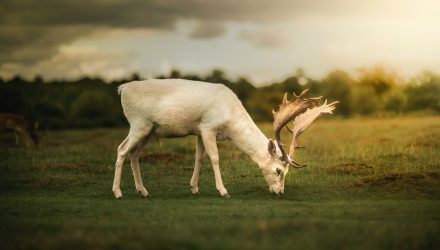