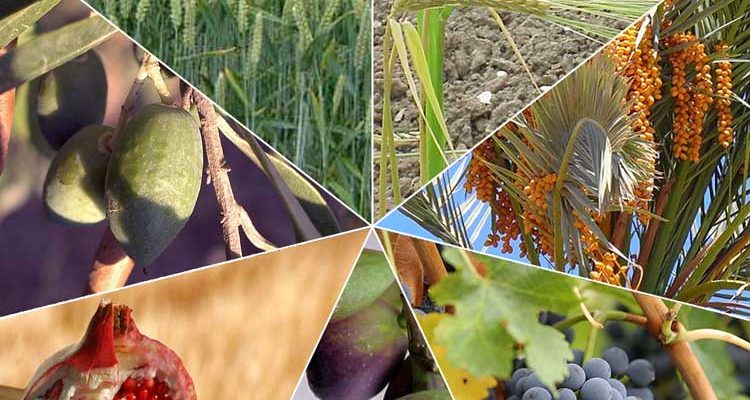 For Havayah your God brings you into a good land, a land of water courses, of fountains and depths that spring out of valleys and hills; a land of wheat, and barley, and vines, and fig trees, and pomegranates; a land of olive oil, and honey.1

Let us discuss the correspondence found in this model. This is one of the most beautiful such models in the Torah because its seven elements correspond in order to the seven lower sefirot.

Wheat and barley usually make up the staples of our diet. In Perek Shirah (usually translated as the Song of Creation), an anthology documenting the particular verse sung by various elements of creation in praise of the Creator, wheat and barley sing verses that relate to prayer. Wheat sings the verse, “A song of ascent: From the depths I have called upon You, God.”2 Barley sings the verse, “A prayer for the destitute: Before God he pours his words.”3 These two verses suggest that wheat and barley correspond to the staple of the spiritual dimension of our lives: prayer.

Traditionally, barley was considered the food of the poor and needy, while wheat was reserved for the wealthy. Likewise, barley sings of the prayer of the impoverished individual who cries out to God to fulfill his physical needs, while wheat corresponds to the prayer of the wealthy individual who is only truly able to pray when he has reached the greatest depths of his heart, when he has touched the root of his spiritual being.

The existential experience of the wealthy is one of God’s loving-kindness, of abundance; that all of reality is indeed meant to serve their every need. The individual who struggles through life has an existential experience of God’s might—translating into the feeling that every penny counts. Where loving-kindness represents infinite abundance and possibility, might represents a sense of appreciation for the forces of separation and division in reality, forces that break it up into its smallest particles.

The grapes of the vine sing the verse, “So says God: As wine is found in the cluster [of grapes] and one says, ‘Destroy it not, for a blessing is in it,’ so will I do for My servants’ sake; I will not destroy them all.”4 The word for “grapevine” (גֶפֶן ) in Hebrew stems from the same root as the word for “body” (גוּף ). In the introduction to Tikunei Zohar, thesefirah of beauty is described as “the body” (תפארת גופא ).

From the verse it sings, it is clear that the grapevine calls upon us to look at the content and not just the packaging. The internal harbors a promise for the future that cannot always be seen from the outside. Likewise, in the future, the soul will be nourished by the body; i.e., our inner self, the soul, will be nourished by our outer self, the body. The inner soul of beauty is the sefirah of knowledge, properly expressed when we recognize the importance of both the message and the media it is being transmitted through.

The fig sings the verse, “He who guards the fig shall eat its fruit.”5 The traditional commentaries explain that the fig needs to be carefully watched. Once it is ripe, it will quickly spoil if not picked immediately from the tree. The sefirah of victory, which is also translated as eternity, is the one most related to time and therefore fits best with the temporal urgency found in the fig.

The fig is also the first fruit mentioned explicitly in the Torah. According to Rashi, the forbidden fruit of the Tree of Knowledge of Good and Evil was the fig. After having sinned, Adam and Eve, instead of living forever, were punished to die (the opposite of thesefirah of victory/eternity). Realizing that they were naked, they prepared clothing from fig leaves (from the very tree of their sin). This suggests that the fig is connected with the experience of the ba’al teshuvah, the penitent who wishes to mend his relationship with the Almighty. Indeed, the ba’al teshuvah experiences a sense of urgency about the Divine commandments and prohibitions that is meant to offset his or her earlier proclivity to ignore them.

The Hebrew word for “excuse”6 (תֹּאֵנָה ) stems from the same root as “fig” (תְּאֵנָה ). The true ba’al teshuvah eventually comes to the realization that his previous lifestyle, when still ignorant of God and the commandments, was not a mistake. Rather it was an excuse used by the Almighty to bring him to experience this urgency in his Divine service.

The verse sung by the pomegranate is “Your cheekbones are like a piece of the pomegranate from between your braids.”7 Based on the grammatical similarity between “cheekbone” (רַקָה ) and “empty individuals” (רֵיקָנִים ) the sages state8 that even those Jews who seem void [of performing the commandments] are filled with good deeds like a pomegranate is full of seeds (the delicious fruit of the pomegranate).

To understand that even the void is full of good requires us to realize that God and His goodness are truly universal and omnipresent. There is no place void of God’s Presence and even that which for the time being seems empty is truly filled with God’s infinite light. This is the cornerstone of the Ba’al Shem Tov’s interpretation of the Arizal’s doctrine of the contraction. The pomegranate thus represents the need to acknowledge God’s omnipresence and corresponds to the sefirah of acknowledgment.

In Perek Shirah, the olive tree does not have a specific song. Rather, it is included in the general song sung by the trees of the field, “Then, the trees of the forest will sing before God who has come to judge the earth.”9 Thus, the olive includes the song of all the trees, like the sefirah of foundation includes all the sefirot above it. In fact, the word “foundation” (יְסוֹד ) is equal to the two words “for all” (כִּי כָל ), the opening words of its description, “For all in the heavens and the earth.”10

The sages describe olives as causing memory loss, but olive oil as strengthening memory. In the verse describing the seven species, the olive is described with both words “olive oil” (זֵית שֶׁמֶן ), but because of the particular grammatical structure, the wording suggests that the oil, which promotes memory is derived from the fruit, which causes forgetfulness. Thus, the message hinted at is that memory follows forgetfulness. What does this mean? The olive’s taste is bitter, thus it is the bitterness of mundane life that it is blessed with making us forget. By forgetting the bitterness of the past, we open ourselves to remembering it in a positive light. This is a particularly important ingredient in retelling history, especially the history of the Jewish people.

The Torah is likened to olive oil. It is the study of Torah, the Divine light given to us from above, that grants us the ability to “judge the earth,”11 to retell history in a positive manner. When the oil of the Torah judges/rectifies the entire earth, representing mundane wisdom (such as science), then indeed all the trees of the field will sing before God.

The date palm sings the verse, “The tzadik will blossom like a date palm, like the cedar of the Lebanon it shall grow.”12 The final letters of the words, “the tzadik will blossom like a date palm” (צַדִּיק כַּתָּמָר יִפְרָח ) spell Korach (קֹרַח ), the name of the Levite that contested Moshe Rabbeinu’s leadership. Thus, the date palm represents a rectified form of Korach’s arguments against Moshe’s leadership. Korach claimed that “the entire congregation is holy.” Indeed, in the future, we will see that “Your entire people aretzadikim.”

While the individual holiness of the tzadik corresponds to the sefirah of foundation, the collective holiness of the entire congregation of Israel corresponds to the sefirah of kingdom. Kingdom is described as the receptacle able to contain the light emanating from foundation. Likewise, every Jew is like a vessel shining with the holiness of the leader of the generation, considered the extension of Moshe Rabbeinu himself. When the tzadik’s light has been properly integrated into his generation’s Jewish people, we merit to inherit the Land of Israel, as in the conclusion of the verse quoted above, “Your entire people are tzadikim, they will forever inherit the land.”13 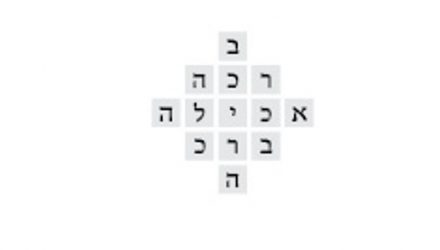 How many things are we directed to always remember?

The secret of the blessings before and after eating,