In this week’s parshah the topic of a young husband – the man who takes/betrothes “a new wife” – is discussed. From his in-depth analysis of the Talmudic discourses betrothal, Rabbi Yosef Razin (5618-5636, known as the Ga’on of Rogachev) came to the conclusion that from a legal point of view betrothal is a continuous action, spanning the entire time of marriage. In other words, the act of betrothal (like the act of creation) is not a one-time event, rather it occurs at every moment anew. The consequence of legally defining betrothal in this manner is that the husband and wife can both experience a feeling of constant freshness and renewal in their marriage. Every day, the husband can experience that he is taking/betrothing “a new woman.”

Of course legal definitions are only a starting point; to experience the constant renewal requires a constant effort on the part of both the husband and wife, effort that has many aspects to it. Let us here focus on one aspect of this effort.

Most of the difficulties in marriage begin with our tendency to seek only our own ego and its expression instead of honestly trying to search for our partner and who he/she is. When this is the case, the Biblical promise that, “He who finds a woman, finds good,”transforms into, “And I find the woman more bitter than death.” The same phenomenon is recorded in Chassidic teachings regarding our search for God and Godliness. There are people for whom this search is nothing more than self-aggrandizement, a journey to find themselves. About this approach King Solomon wrote, “The fool does not seek understanding, but rather the revelation of his own heart.” True understanding of God and Godly qualities and the ability to manifest them comes from honest contemplation and meditation of God. Understanding gives birth to true and authentic feelings in the heart. Without seeking these, a person grows addicted to those external experiences that provide him with excitement and a good time. The common theme of these experiences is that they feed the heart’s still un-rectified imagination and subjective view of reality.

When transposed to married life, the addiction to his self causes a person to dwell on his own need for expression, instead of focusing on his spouse and his or her self and personality. Even in the best possible case, instead of investing in the inner soulful connection with his spouse, he seeks romance which reflects only an external bond of the heart between the couple. Eventually, the inherent difficulties and harshness of the real world shatter the images and flights of fancy that served as the basis for the relationship. This then causes the individual’s harsh judgments and anger to awaken and the peace in the home is undermined.

In order to replace the external and shallow picture of his spouse and their relationship and to embark on a path of rectification and peace, a person must recognize that to this point he was self-absorbed, seeking only the revelation of his own heart, even though he is convinced that he was seeking true understanding (both of God and his spouse). Only then can he shatter his immature stance and begin to pursue true understanding and sensitivity to his spouse.

The breaking of our self-absorption is symbolized by the breaking of the glass under thechupah (wedding canopy). When the glass is broken, both newlyweds should focus on its symbolism and experience a sincere commitment to search for their spouse and his/her needs. (The groom breaks the glass because his need to break his ego in order to relate properly with his wife is greater). The Hebrew word for “glass” (זְכוּכִית ) stems from the same root as “to purify” (לְזַכֵּךְ ) alluding to the need to purify ourselves from self-absorption.

Moreover, the gematria of “glass” (זְכוּכִית ) is equivalent to that of “understanding” (תְּבוּנָה). Indeed, when we exercise only the external aspect of our understanding, we come to expect reality to conform to our perception and expectations. The external aspect of understanding is therefore considered the source of harsh judgments resulting in a judgmental attitude towards others who are not willing to adapt to our standards. Of course, in the home, a judgmental attitude shatters the relationship when one member of the couple does not measure up to the other’s standards. Thus, the purpose of breaking the glass under the chupah is to extract us out of our immature search for ourselves, to nullify our judgmental attitude, and to connect the bride and groom in an honest effort to find one another in married life.

Another reason that it is the groom that actually breaks the glass for both himself and his newlywed wife is that by doing so he exposes the feminine side of his personality imbued in him by his mother (recall that the value of “glass” is equal to that of “understanding,” the mother principle). The act of breaking the glass serves as an extension of the act of breaking of plate by the couple’s mothers during the match-making ceremony (tena’im).

Furthermore, within the purpose contained in this “mother principle”, exists the constant connection between the opposites of the virgin and the pregnant woman, within which is the given opportunity for renewal in the virgin, through the marriage.  (This is the idea of the glass being broken and then reassembled.)  The breaking of the glass (that also hints to the breaking of the hymen) also has this intention – that when the external purpose of the couple is broken, the apparently known, the possibility returns to connect the couple to the idea of a renewed relationship.

3. Normally, we translate the Hebrew word בינה as “understanding”; this word, תבונה , is another form of בינה . In Kabbalah, the partzuf of Imma (the mother principle) is divided into one בינה and three תבונות . In Modern Hebrew, the word תבונה is usually translated as “reason,” in the sense of rational thinking.

4. The word for “understanding” (תבונה ) is also cognate to the Modern Hebrew word that also means “standard” (תבנית ). 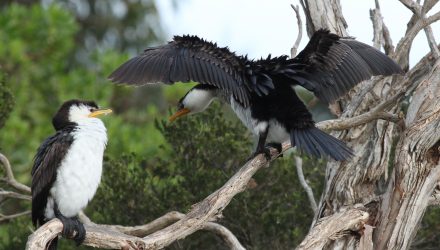